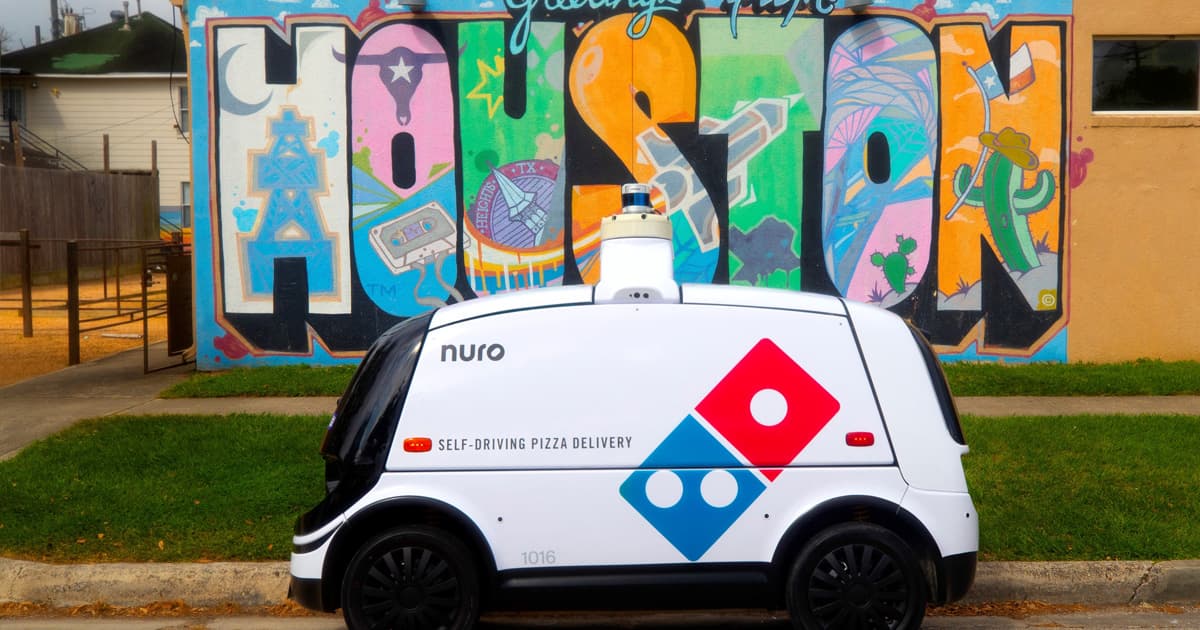 The robot is the first fully autonomous on-road delivery vehicle to have received regulatory approval in the US.

The robot is the first fully autonomous on-road delivery vehicle to have received regulatory approval in the US.

Customers in the area can now have their pizza delivered by an adorable robot called R2, built by Nuro.

The four-wheeled vehicle was first introduced back in February 2020 and became the first fully autonomous on-road delivery vehicle to be approved by the Department of Transportation. In April, the robot was given the green light by California’s DMV to be used on public roads.

“There is still so much for our brand to learn about the autonomous delivery space,” Dennis Maloney, Domino’s senior vice president and chief innovation officer, said in a statement. “This program will allow us to better understand how customers respond to the deliveries, how they interact with the robot and how it affects store operations.”

Customers can track the live location of their pizzas via text alert or online. To retrieve their pizza, they have to enter a PIN number into a pad on the side of the robot to open the compartment where it’s stored.

Domino’s is the latest in a string of US companies to increasingly take advantage of autonomous delivery tech. For instance, retail giant Walmart is planning to start making autonomous deliveries this year using specially modified trucks in Arkansas and Louisiana.

It’s still unclear where that leaves the odd college student trying to make a buck by delivering pizzas. But the news suggests that adorable robot delivery bots are ready to take over public roads any day now — for better or for worse.