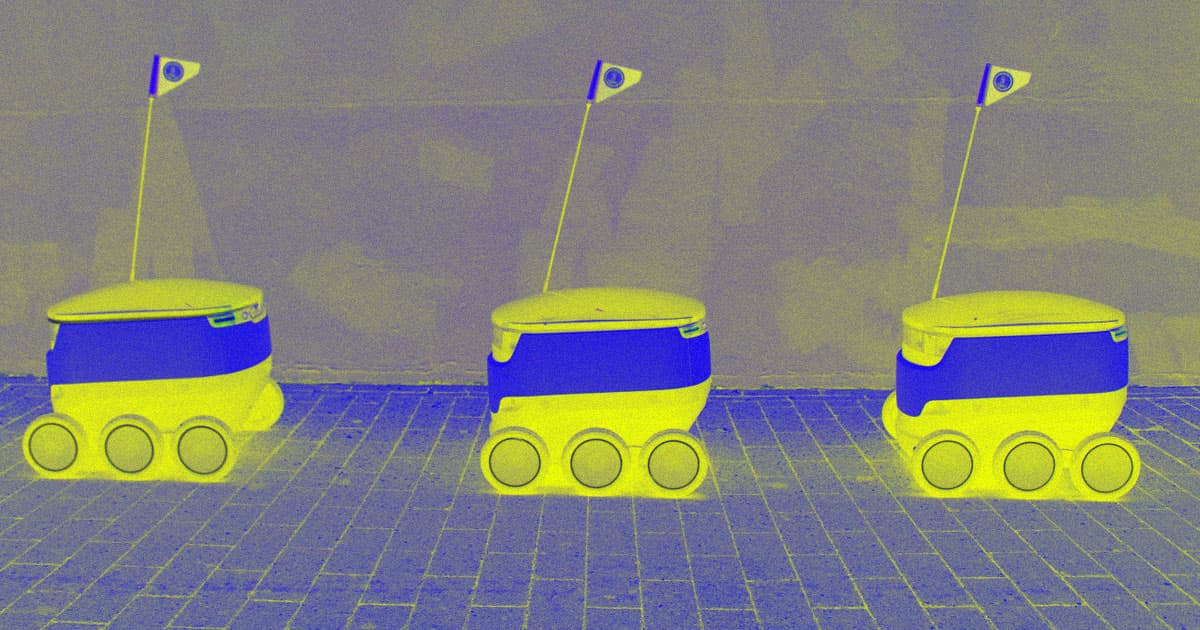 "It is so much easier to sanitize a robot putting it in there and sending it on its way."

"It is so much easier to sanitize a robot putting it in there and sending it on its way."

Robot delivery service company Starship Technologies is seeing a massive opportunity to grow amid the coronavirus outbreak that has millions of people staying home, TechCrunch reports.

"The demand for contactless delivery has expanded exponentially in recent weeks," the company's business development head, Ryan Tuohy, said in a statement.

Restaurants and stores are still relying on people to make deliveries for them — a job that's becoming increasingly dangerous, especially without the right protective equipment.

But Starship's six-wheeled delivery robots can't get infected by a deadly virus. The beach cooler sized buggies can also be easily sanitized between uses.

Venezia's New York Style Pizza in Phoenix, Arizona is now delivering pies by first sanitizing the inside and outside of a Starship robot and placing the robot inside.

The robot then travels to customers within a half mile radius. They can even hop curbs and operate in snowy conditions. Human operators back at HQ can take control over them any time as well.

"It is so much easier to sanitize a robot putting it in there and sending it on its way no interaction the 6 feet thing is super easy to do with a robot they don’t say anything," restaurant manager Renny Mitchell told local news station Fox 10 Phoenix.

More on Starship: This Startup Is Deploying Thousands of Autonomous Delivery Robots

The Era of the Drone: Six-Wheeled Delivery Drones Set to Cruise London Streets
11. 21. 15
Read More
What is Happening
Elon Musk Sets His Twitter Account to Private
Yesterday
Read More
Fly Guy
Bird Advocates Horrified by Pigeon Dyed Pink For Gender Reveal Party
Yesterday
Read More
+Social+Newsletter
TopicsAbout UsContact Us
Copyright ©, Camden Media Inc All Rights Reserved. See our User Agreement, Privacy Policy and Data Use Policy. The material on this site may not be reproduced, distributed, transmitted, cached or otherwise used, except with prior written permission of Futurism. Articles may contain affiliate links which enable us to share in the revenue of any purchases made.
Fonts by Typekit and Monotype.