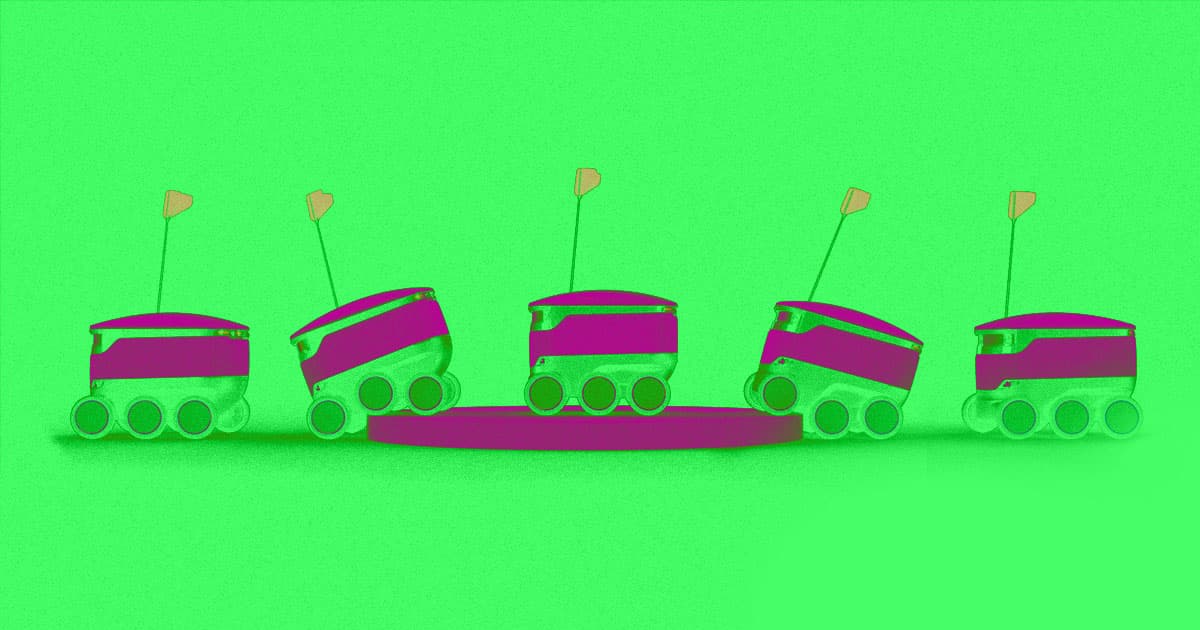 This Startup Is Deploying Thousands of Autonomous Delivery Robots

When students and professors head to college this fall, they might glimpse an unexpected sight on campus: robots.

On Tuesday, San Francisco-based startup Starship Technologies announced that it had just secured an additional $40 million in funding — and that it plans to send thousands of its delivery robots to college campuses across the U.S. over the next two years.

"This new investment will see Starship expand onto more campuses as we head towards a goal of offering our service to over one million students," CEO Lex Bayer said in a press release. "An entire generation of university students are growing up in a world where they expect to receive a delivery from a robot after a few taps on their smartphone."

Over the next two years, the company hopes to increase that number of campuses to 100, starting with Indiana's Purdue University in September and Pennsylvania's University of Pittsburgh this fall.

According to a new Verge story, Starship plans to send 25 to 50 bots to each new campus — meaning two years from now, college students could have upwards of 5,000 of the robots available to deliver pizza and other munchies right to their dorms.

READ MORE: Thousands of autonomous delivery robots are about to descend on US college campuses [The Verge]

More on delivery bots: Tiny Robots Will Deliver Your Lunch, Because We Hate Human Interaction

The Era of the Drone: Six-Wheeled Delivery Drones Set to Cruise London Streets
11. 21. 15
Read More
CHON: Legacy
James Webb Discovers Coldest Ice in Known Universe, Harboring Molecules Essential For Life
Yesterday
Read More
Not a Scientist, Just Three Chatbots in a Trench Coat
Largest Publisher of Scientific Journals Slaps Down on Scientists Listing ChatGPT as Coauthor
Yesterday
Read More
+Social+Newsletter
TopicsAbout UsContact Us
Copyright ©, Camden Media Inc All Rights Reserved. See our User Agreement, Privacy Policy and Data Use Policy. The material on this site may not be reproduced, distributed, transmitted, cached or otherwise used, except with prior written permission of Futurism. Articles may contain affiliate links which enable us to share in the revenue of any purchases made.
Fonts by Typekit and Monotype.