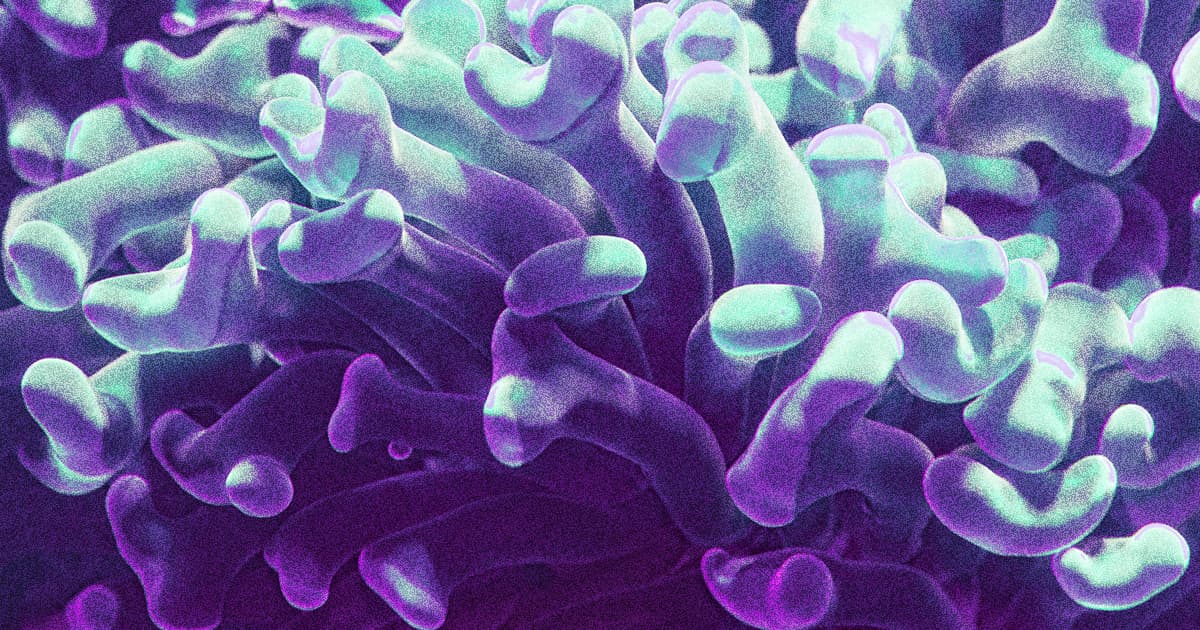 "It's a bit like finding a giant redwood tree in the middle of a botanical gardens."

"It's a bit like finding a giant redwood tree in the middle of a botanical gardens."

A team of scientists was shocked when they accidentally stumbled upon an "exceptionally large" mass of coral in the Great Barrier Reef that they believe to be more than 400 years old.

The new coral is likely the widest of its type, according to research published in the Nature journal Scientific Reports last week. And, in a surprising twist, the bus-sized coral was shockingly healthy compared to other regions of the Great Barrier Reef that have suffered in the warming, increasingly-acidic water.

"It's like a [blob] of apartments," lead study author and Kames Cook University researcher Adam Smith told the Independent. "It attracts other species. There’s other corals, there’s fish, there’s other animals around that use it for shelter or for feeding, so it’s pretty important for them."

The researchers were surprised to learn that such a huge coral had gone undiscovered for so long, but ultimately concluded it was probably because they found it in a region of the Great Barrier Reef that's particularly remote and well-protected, according to the Independent. It's reasonable, then, that tourists and other researchers just never stumbled upon it over the years.

"It's a bit like finding a giant redwood tree in the middle of a botanical gardens," Smith told the Independent.

In order to survive for its centuries-spanning life, the giant coral must have endured nearly 100 bleaching events and 80 major cyclones on top of generally worsening oceanic conditions, the researchers conclude.

While one large, healthy coral doesn't mean that the entire reef is about to bounce back, that's reassuring news for the overall ecological health of the region — perhaps there are other survivors, relatively unscathed by climate change, hiding out there as well. Or maybe this hardy sample can offer clues for how we can save the rest.

More on coral: Scientists Grow Coral in Lab, in Glimmer of Hope for Dying Reefs

Unreliable Friends
Archipelagic Nation Sick of Other Countries Breaking Climate Change Promises
May 29
Read More
Bad Spill
Scientist Warns That a Huge Tanker Is Probably Going to Spill a Million Barrels of Oil Into the Ocean
Mar 23
Read More
Watery Graves
The Ocean Is Losing Oxygen. This Scientist Says More "Dead Zones" Will Soon Follow.
8. 13. 21
Read More
+Social+Newsletter
TopicsAbout UsContact Us
Copyright ©, Camden Media Inc All Rights Reserved. See our User Agreement, Privacy Policy and Data Use Policy. The material on this site may not be reproduced, distributed, transmitted, cached or otherwise used, except with prior written permission of Futurism. Fonts by Typekit and Monotype.