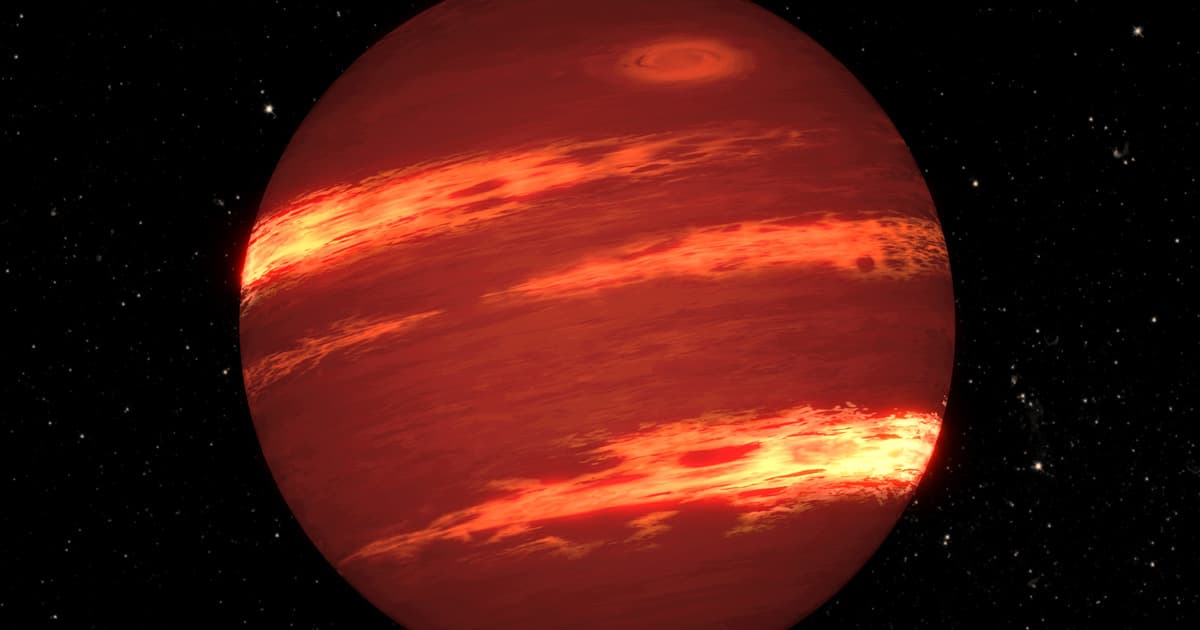 "This work opens a whole new method to finding the coldest objects floating in the Sun's vicinity."

"This work opens a whole new method to finding the coldest objects floating in the Sun's vicinity."

For the first time, scientists discovered a brown dwarf — sometimes referred to as failed stars or super-planets because they exist in a gray area between gas giant planets and small stars — using an unprecedented technique.

Typically, these bizarre celestial objects get picked up on infrared sweeps of the night sky. But a team of astronomers from Hawaii and the Netherlands used a new approach to spot a new brown dwarf with a radio telescope, according to research published in The Astrophysical Journal Letters. The new trick, they say, could reveal a vast number of brown dwarfs that until now have flown under the radar.

Because they're so small, brown dwarfs can't pull off the same nuclear fusion reactions that fuel our Sun and other bright stars, so they're typically smaller, dimmer, and colder than normal stars and therefore harder to find with conventional methods. But they do emit light in radio frequencies, a telltale signature that the scientists learned to trace.

"This work opens a whole new method to finding the coldest objects floating in the Sun's vicinity, which would otherwise be too faint to discover with the methods used for the past 25 years," University of Hawaii Institute for Astronomy researcher and coauthor Michael Liu said in a press release.

The new brown dwarf, dubbed Elegast but more formally classified as BDR J1750+2809, is just the beginning for this project.

In addition to more brown dwarfs, the team wants to get even more precise, potentially using radio waves to discover brand-new gas giant exoplanets floating freely through the galaxy.