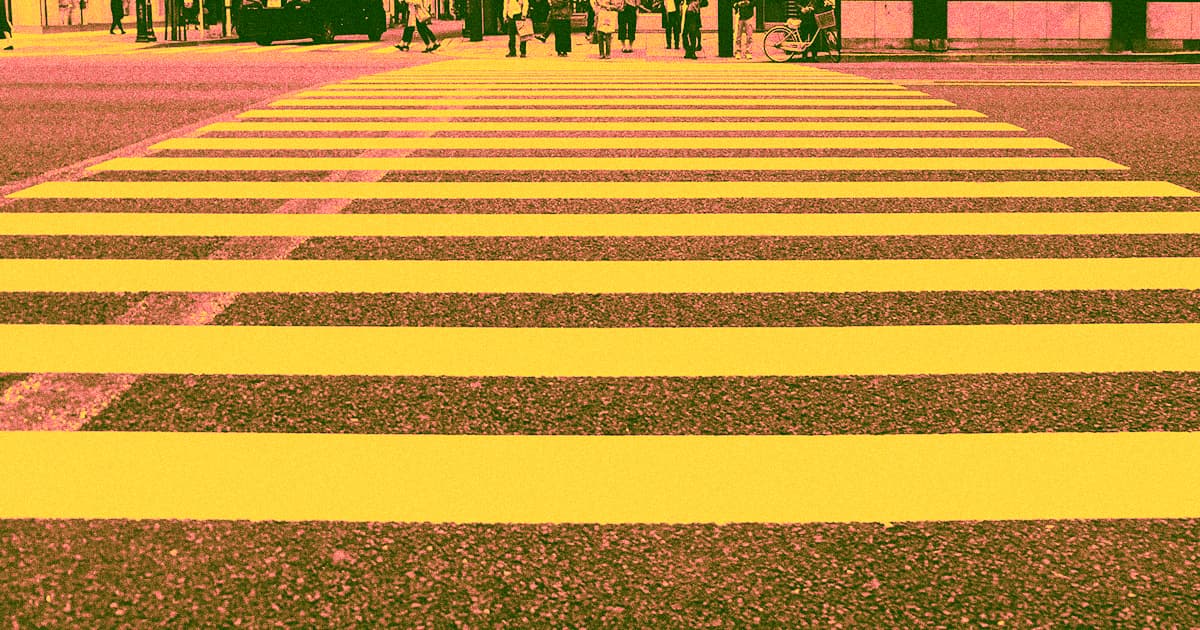 Scientists: Pedestrians Could Wear Devices to Protect Themselves From Self-Driving Cars

Would you carry a gadget that made you extra-visible to self-driving cars?

Would you carry a gadget that made you extra-visible to self-driving cars?

The dream of self-driving cars arguably came toppling down in March 2018, when an experimental autonomous vehicle operated by Uber fatally struck a pedestrian in Arizona.

Now, New Scientist reports, a team of scientists at Princeton has an idea to protect passersby from similar accidents in the future: they could wear radar-reflecting devices that make them ultra-visible to self-driving vehicles' sensors.

The research, which the Princeton team presented last month at the HotMobile conference, proposes that pedestrians get used to carrying reflective gadgets that amplify vehicles' radar and send it back to them.

"Both the pedestrian and the cars are working together towards the same goal, which is to make everyone safer," Princeton researcher Zhuqi Li told New Scientist. "Previously, people pushed very hard on the car side and tried to detect everything. It might be helpful to spend just a little more energy on the pedestrian side. I think we should try to explore every chance to make people safer."

The prototype gadget that Li and his colleagues cooked up cost about $2,000, according to New Scientist, and reduced the distance at which a radar device was able to detect the wearer from 36 meters to 10 meters.

At the speed of an automobile, that difference could be enough to save lives — though whether consumers would ever be enthused about wearing an expensive device just to protect them from other people's cars is an open question.

READ MORE: Should we all wear sensors to avoid being run over by driverless cars? [New Scientist]

Rage against the Machine
People Are Road Raging At Waymo's Self-Driving Cars
12. 12. 18
Read More
Toyota Is Launching a $2.8 Billion Self-Driving Car Company
3. 3. 18
Read More
Volkswagen Teases Their I.D. Brand's First Fully Autonomous Car Concept
2. 21. 18
Read More
+Social+Newsletter
TopicsAbout UsContact Us
Copyright ©, Camden Media Inc All Rights Reserved. See our User Agreement, Privacy Policy and Data Use Policy. The material on this site may not be reproduced, distributed, transmitted, cached or otherwise used, except with prior written permission of Futurism. Articles may contain affiliate links which enable us to share in the revenue of any purchases made.
Fonts by Typekit and Monotype.