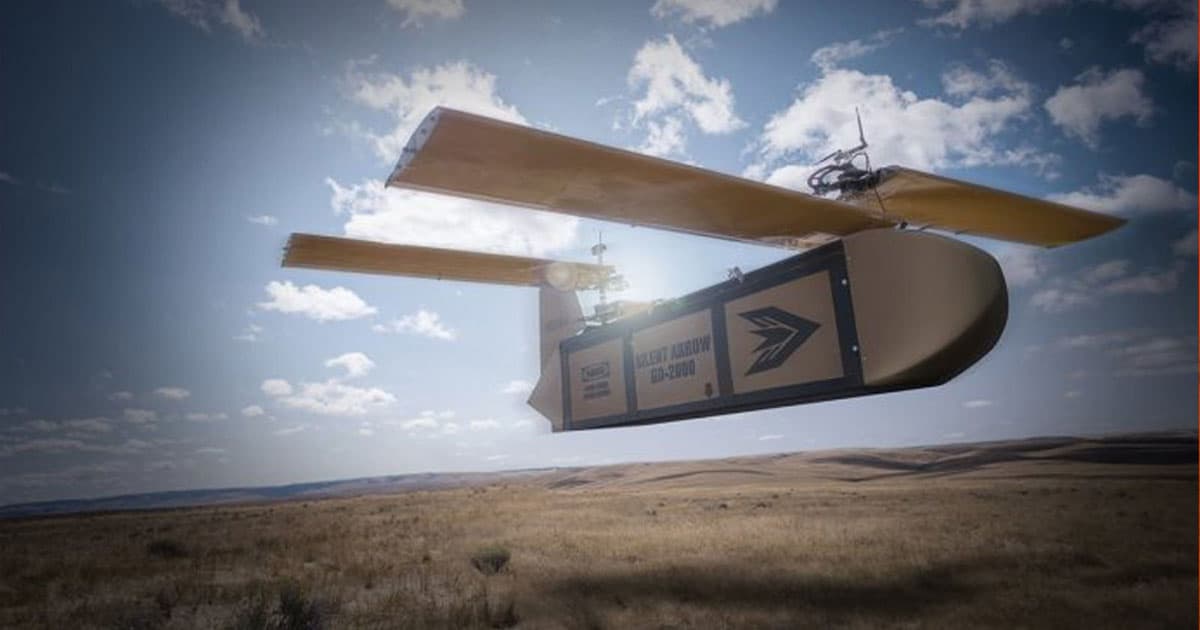 The drone is expected to cost half as much as a conventional airdrop.

The drone is expected to cost half as much as a conventional airdrop.

Instead of using the intense, freefalling airdrops you’ve seen in action movies, soldiers fighting on the battlefields of the future may get resupplies from gigantic, gliding delivery drones.

Yates Electrospace Corporation showed off its new glider drone, dubbed the Silent Arrow GD-2000, at a military equipment expo in London attended by Engadget. The gliders are a far cry from the delivery drones shipping blood and burgers back in the U.S., but Yates said at the expo that the Silent Arrow could vastly improve battlefield logistics with heavy payloads and stealthy maneuvering.

The Silent Arrow can carry up to 1,631 pounds of cargo at once, according to Engadget, and Yates argues that it can do so for half of what it would cost to airdrop the same supplies into the field. And because the drone glides instead of plummeting to the Earth like a conventional airdrop, it’s a slightly more inconspicuous as well.

At this point, it’s unclear whether Yates Electrospace has a contract with the U.S. or any other military, according to Engadget. But the company says it’s set to begin production in October, suggesting that someone out there is interested.

Rock 'Em Sock 'Em
The Head of US Space Command Fears China’s Giant Robot Arms
5. 24. 21
Read More
The Air Force Has Invested $26.3 Million in a High-Energy Laser for Fighter Jets
11. 9. 17
Read More
Amazon Just Submitted Patent for Delivery Drone Hive. Here’s What it Looks Like.
7. 11. 17
Read More
+Social+Newsletter
TopicsAbout UsContact Us
Copyright ©, Camden Media Inc All Rights Reserved. See our User Agreement, Privacy Policy and Data Use Policy. The material on this site may not be reproduced, distributed, transmitted, cached or otherwise used, except with prior written permission of Futurism. Fonts by Typekit and Monotype.