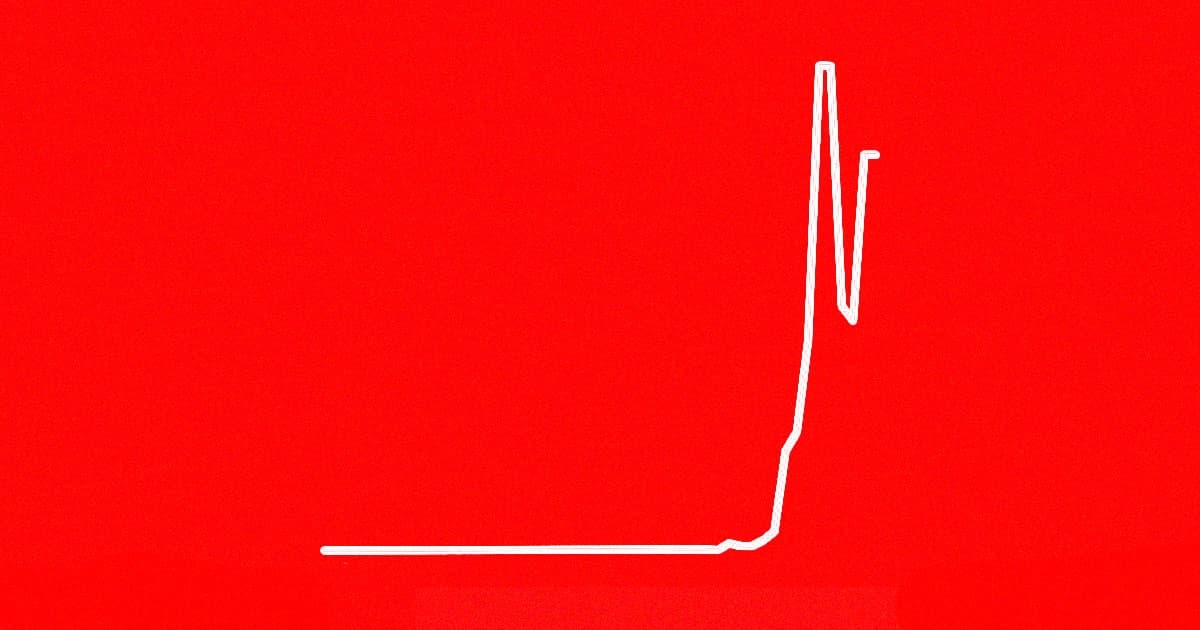 "I was expecting to be landed on the Moon not the farthest star in universe."

"I was expecting to be landed on the Moon not the farthest star in universe."

Cryptocurrency prices went completely haywire on several crypto exchanges on Tuesday, spiking to ludicrous new heights. The price of Bitcoin briefly hit $789 billion on the exchange, for example, a hilarious error that led to several investors attempting to get away with billions, Benzinga reports.

Mainstream exchanges Coinbase and CoinMarketCap were affected by the mysterious glitch.

The mishap doesn't exactly come as a surprise. The crypto world is no stranger to technical issues plaguing exchanges. Especially when prices spike, we've seen several platforms go down, leaving investors in the dark — and missing out.

The hiccup later turned out to be a "display issue" rather than a hack.

"We're aware some customers are seeing inflated values for non-tradable crypto assets on coinbase.com and Coinbase Wallet," the exchange wrote in a statement. "This is a display issue only and does not impact trading."

"I was expecting to be landed on the Moon not the farthest star in universe," another user chimed in, with a screenshot showing their portfolio being worth over $228 million.

"Ahhh, being an unrealized quadrillionaire is nice, but I think it might raise my tax bracket a bit," he quipped.

It's not the most confidence inducing incident to see crucial data go haywire. Disruptions like this could also end up leading to mass buy offs, making an already volatile asset even more unpredictable.

READ MORE: 'Coinbase, You're Drunk:' How Users Reacted After Finding Out Their Crypto Portfolio Was Worth Billions Of Dollars Out Of Nowhere [Benzinga]

Regulating Crypto
Hillary Clinton Calls Out Crypto Exchanges for Letting Russia Bypass Sanctions
Mar 3
Read More
Crypto Fail
The CEO of Coinbase Gets Brutally Owned, May Never Recover
Feb 23
Read More
Plundering DAOs
Hackers Plunder "Cryptocurrency City" That Had Promised "Dank Memes"
Jan 14
Read More
+Social+Newsletter
TopicsAbout UsContact Us
Copyright ©, Camden Media Inc All Rights Reserved. See our User Agreement, Privacy Policy and Data Use Policy. The material on this site may not be reproduced, distributed, transmitted, cached or otherwise used, except with prior written permission of Futurism. Articles may contain affiliate links which enable us to share in the revenue of any purchases made.
Fonts by Typekit and Monotype.