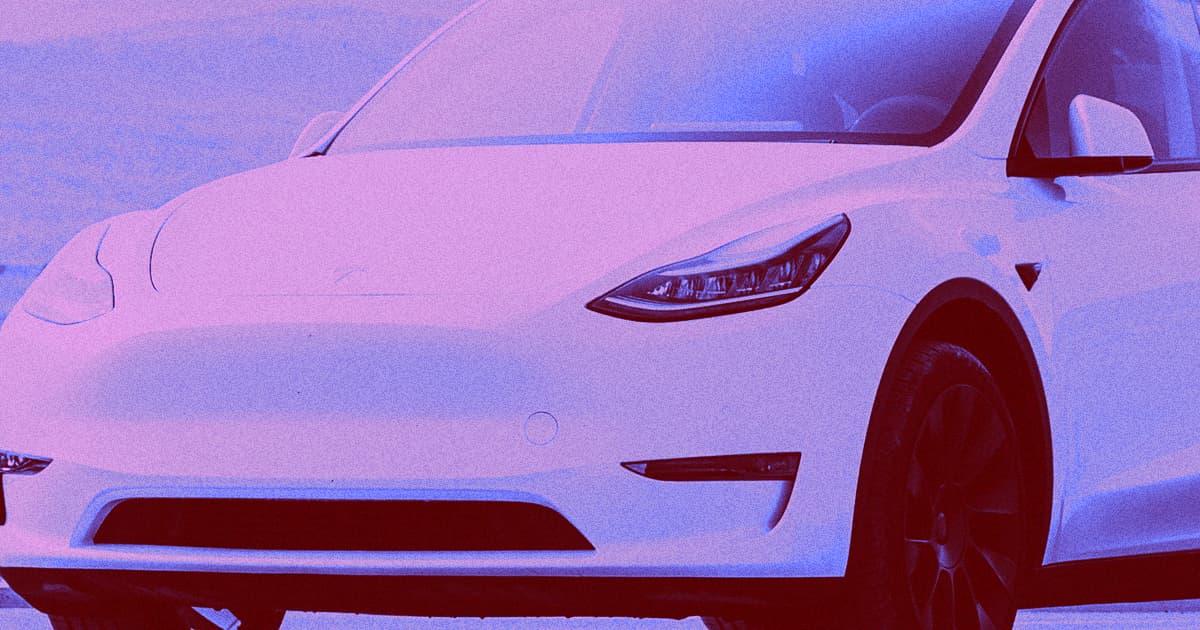 On Wednesday, German Federal Research Minister Anja Karliczek revealed an automotive Frankenstein creation: A Tesla Model Y that had been converted into a hydrogen vehicle that she called a "hyper hybrid."

The goal was to demonstrate the future of clean transportation. But as Teslarati notes, the decision to modify a Tesla — perhaps the most well-known electric vehicle out there — rather than a gas-burning car is somewhat baffling.

It's not clear whether Tesla was involved in the project to take a Model Y and make it run on synthetic methanol, which Teslarati reports costs about $10 million. But the odds aren't great, given Tesla CEO Elon Musk's distaste for hydrogen fuel cell technology.

During a public spat last year with Trevor Milton, the now-disgraced CEO of the hydrogen automaker Nikola Motors, Musk referred to hydrogen fuel cells as "fool cells" and called the technology "staggeringly dumb."

The actual "hyper hybrid" Tesla was meant to represent the concepts behind hydrogen fuel more so than to become a street-ready vehicle. The Carbon2Chem initiative, which aims to decarbonize the steel industry, designed the car to demonstrate new ways to save energy and recycle fuel, according to Teslarati.

"Today we are building a very interesting bridge between these two points: The use of methanol from 'recycled' CO2 from industry as a fuel in road transport," Karliczek said at the Wednesday announcement. "But the methanol car itself is also an 'innovation showcase' for low-emission, resource- and energy-efficient mobility of tomorrow."

Fusion Futility
Elon Musk Slams Fusion, Says Future of Energy Is Wind and Solar
Sep 9
Read More
Good Neighbors
German Government Says It May Keep Nuclear Plant Open After All
Jul 31
Read More
Back Online
Japan May Need Nine Nuclear Reactors Turned On to Get Through Winter
Jul 14
Read More
+Social+Newsletter
TopicsAbout UsContact Us
Copyright ©, Camden Media Inc All Rights Reserved. See our User Agreement, Privacy Policy and Data Use Policy. The material on this site may not be reproduced, distributed, transmitted, cached or otherwise used, except with prior written permission of Futurism. Articles may contain affiliate links which enable us to share in the revenue of any purchases made.
Fonts by Typekit and Monotype.