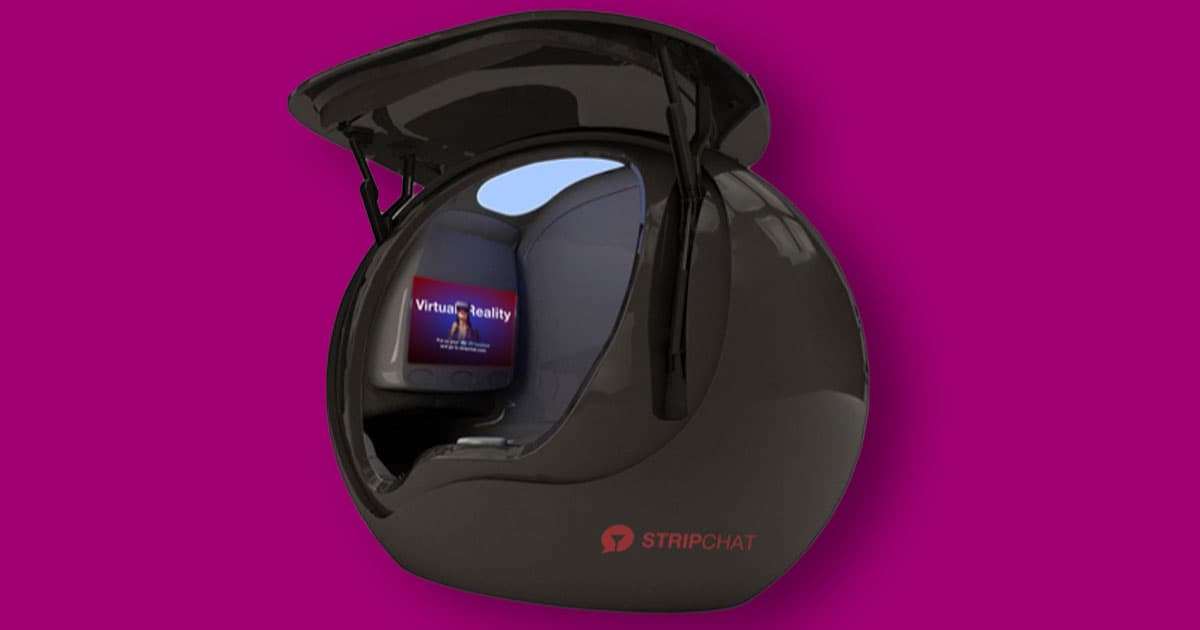 “Each ‘Wank Pod’ is planned to come fully equipped with masturbatory accessories, including a 4K LED screen to watch VR cams boosted by Dreamcam’s technology, an Oculus Quest VR headset, lotion, tissues, and more,” the startup wrote in the announcement.

There’s no word yet on whether Stripchat will have any takers on the idea. Most likely, this is a bit of shameless self promotion and PR grab — but it does raise some interesting questions about the future of the workplace.

Could we envision a future where companies shed conservative ideas surrounding sex? Would a Wank Pod actually help boost employee morale? Or would the risk of making some workers feel uncomfortable just be too high? And who the hell is supposed to clean this thing, anyway?

Regardless, it’s a provocative idea — though we wouldn’t hold our breath to see it catch on the way the way that, say, remote work has been normalized over the past few years.

More on sex work: VR Strip Clubs Have an Advantage: Dancers Can Accept Money for Sex