Guy Logs Onto Omegle and Gets Matched With Himself, Doing Explicit Acts

"It was like a fully advanced system with different video sequences of me doing different stuff." 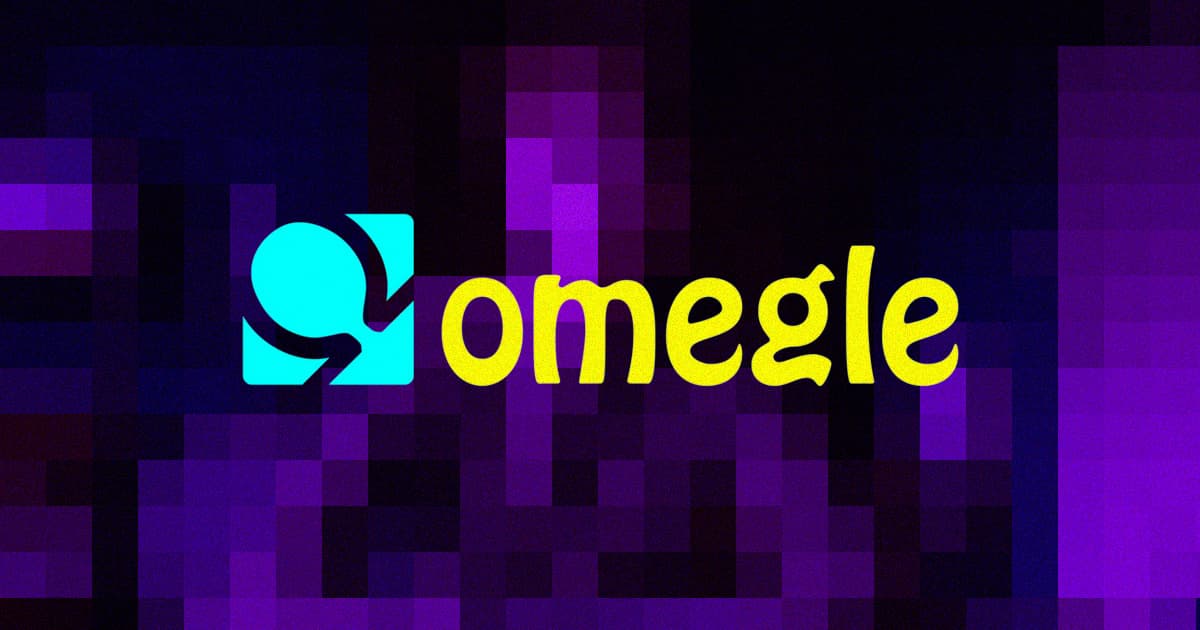 Like something straight out of a science-fiction horror movie — and there are plenty of examples to chose from — a 21-year-old from Scandinavia says he was paired with a video of his younger self doing explicit sexual acts when he recently logged back on to cam chat service Omegle.

"I started going on the site again and started doing 'stuff' on camera with different people," Michael told the BBC. "Video sex."

But he had no idea his younger self would come back to haunt him.

"It was like a fully advanced system with different video sequences of me doing different stuff," he recalled.

Omegle told the BBC it was "deeply disturbed" by the story and is hoping to enhance its "moderation practices to eliminate" any chances of the situation happening again.

"The inappropriate behavior that has occurred, while a very small percentage of the millions of daily interactions, is deeply disturbing to me and unacceptable," Omegle creator Leif K Brooks told the broadcaster.

"I am constantly stressed about it, but I find peace that at least my face is not in it," Michael said. "But it pains me I am used that way to hurt other people. In fact, I believe this is the way I was groomed into the site as a 14-year-old, although I can't confirm the other person was fake at that time."

It's a troubling story, especially considering the website saw a massive increase in traffic during the COVID-19 pandemic, particularly among younger people. Shockingly, as the BBC points out, there is no way to report strangers on the website.

"I can't imagine how distressing it must be to find someone using a video of yourself in this way, but these virtual cam bots are something we do see being used to trick and coerce children into sexual activity," Sarah Smith, from the internet safety charity The Internet Watch Foundation, told the BBC.

The company claims it is using an automated artificial intelligence-based system to monitor the site around the clock, yet Michael's story goes to show that it's still impossible to crack down on sex-baiting bots.

Read This Next
Sleepless in San Francisco
Elon Musk Reportedly Building "Sad Hotel Rooms" at Twitter HQ for Exhausted Employees
But His Emails!
Twitter Cofounder Says Elon Musk Is "Not a Serious Person"
D*** Pic Freedom
Elon Musk Thinks It’s Likely that “Something Bad” Will Happen to Him
Abso-Effing-Lutely
Free Speech Absolutist Elon Musk Discovers That Some Speech Is Unacceptable After All
Might See Nonsense
MSN Fired Its Human Journalists and Replaced Them With AI That Publishes Fake News About Mermaids and Bigfoot
More on Future Society
Ctrl C Ctrl V
Yesterday on the byte
Inspired by Twitter's Struggles, Facebook Considers Making an App Where You Can Post Text. Wait a Second...
Sleeping Tweeps
Yesterday on the byte
Elon Musk Installs Washing Machine at Twitter HQ So Overworked Employees Can Wash Their Filthy Rags
Phoney Business
Wednesday on the byte
Amazon Says It'll Pay You $2 Per Month to Spy on Your Phone's Internet Traffic
READ MORE STORIES ABOUT / Future Society
Keep up.
Subscribe to our daily newsletter to keep in touch with the subjects shaping our future.
+Social+Newsletter
TopicsAbout UsContact Us
Copyright ©, Camden Media Inc All Rights Reserved. See our User Agreement, Privacy Policy and Data Use Policy. The material on this site may not be reproduced, distributed, transmitted, cached or otherwise used, except with prior written permission of Futurism. Articles may contain affiliate links which enable us to share in the revenue of any purchases made.
Fonts by Typekit and Monotype.