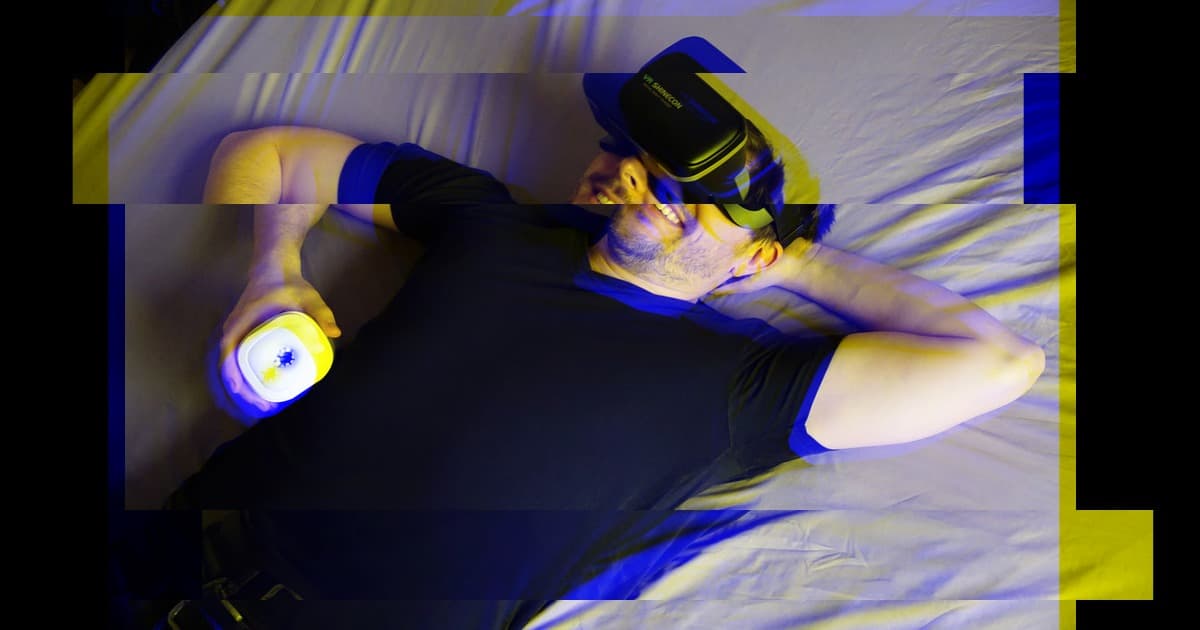 VR Strip Clubs Have an Advantage: Dancers Can Accept Money for Sex

"It's basically run almost exactly like a real-life strip club."

"It's basically run almost exactly like a real-life strip club."

Gone are the days when strip clubs were seedy joints on the outskirts of town. Now, with the help of a VR headset, you can get lap dances and even… er, sexual favors from the comfort of your own home.

That’s the case with TrippyWRLD ENT, a strip club that exists entirely in a game called VRChat, according to Mashable. The game is essentially a virtual sandbox, allowing users to create spaces and digital avatars to interact with one another.

Some enterprising players like the eponymous "Trippy" used the platform to create strip clubs. There players can earn money via gift cards by dancing for clientele.

"It's basically run almost exactly like a real-life strip club," digital stripper Lena Diamond told Mashable. "You do an audition on stage during normal club hours, and see how people react, and the head dancer was like, 'You got some good reviews!'"

Welcome to the world of VR strip clubs, where you can let virtual lapdances from folks like TikToker Lena Diamond (for a nominal fee of course) #VR #TikTok pic.twitter.com/LxNBkbp6z0

This allows digital strippers to get paid for both their dancing and by engaging in sexual activity via a VR body tracking set.

VR stripping offers a number of different benefits that its real-life counterpart doesn’t. For one, it’s a safe way to get the strip club experience during the global pandemic. It also provides people like Diamond, a 19-year-old trans woman, a creative and safe space to perform.

"If somebody is being really out of pocket, if someone is partying a little too hard...The block button!" Lena told Mashable. "You can literally make somebody disappear right before your eyes, just by pressing the block button. It completely gets rid of their avatar."

READ MORE: What it’s like to dance at a VR strip club [Mashable]

More on VR: New AR Glasses Are for Streaming Video and Ignoring the Real World