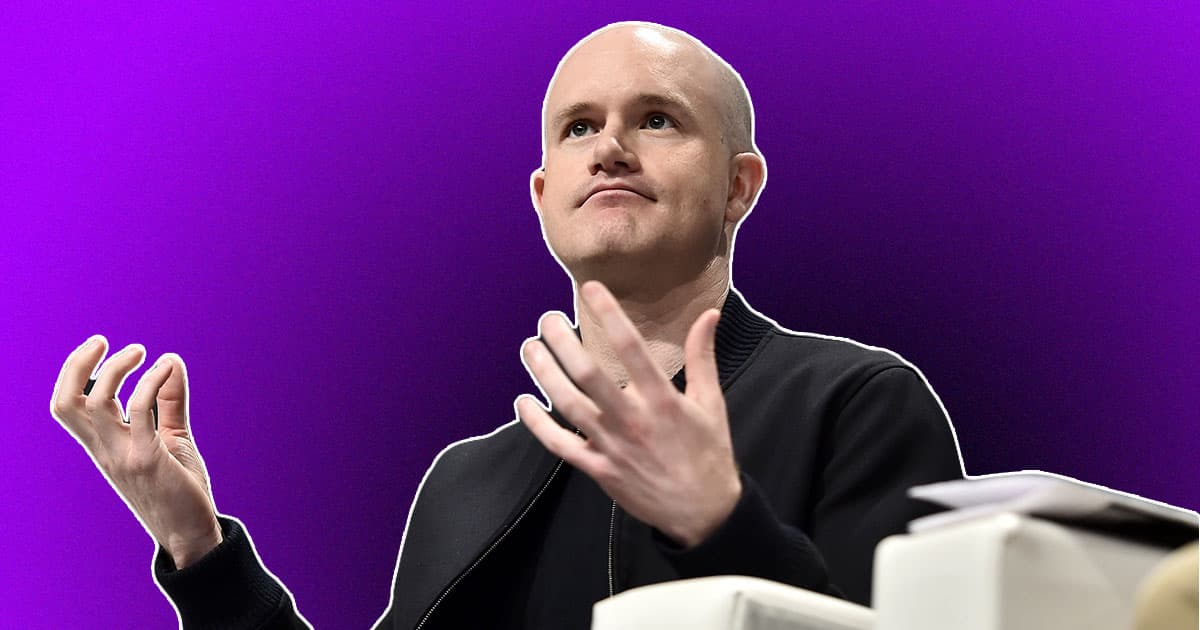 Prominent crypto exchange Coinbase has agreed to a $100 million settlement with New York state financial regulators for failing to ensure that it can't be used for fraud, money laundering, and even allowing for the dissemination of suspected child sexual abuse material.

According to a statement, the New York Department of Financial Services (DFS) found "significant failings in the company's compliance program," arguing that the platform was "vulnerable to serious criminal conduct."

Coinbase is now facing a $50 million fine and will have to also invest the same amount "over the next two years to remediate the issues and to enhance its compliance program pursuant to a plan approved by DFS," according to the regulator, while Coinbase conceded that it had to pay the fine for "certain historical shortcomings" in its compliance program.

In other words, the report paints a damning picture of the contemporary crypto landscape — and highlights just how easy it is for nefarious actors to make use of even household-name systems that are buying Super Bowl ads, like Coinbase.

Regulators have grown wary of crypto exchanges over the last couple of years, a trend exacerbated by the recent and spectacular implosion of FTX, formerly a leader in the space.

The DFS found a number of shortcomings in Coinbase's attempts to keep illegal business away from its platform.

For one, its systems for monitoring transactions and reporting suspicious activity were woefully inadequate for a company its size. By 2021, the company had a massive backlog of "over 100,000 unreviewed transaction monitoring alerts," according to the regulator.

"Coinbase failed to build and maintain a functional compliance program that could keep pace with its growth," DFS superintendent Adrienne Harris said in the statement. "That failure exposed the Coinbase platform to potential criminal activity requiring the Department to take immediate action including the installation of an Independent Monitor."

Coinbase will now have to work with Coinbase for at least one more year to get its compliance program in order.

While the exchange "has begun to remediate many of the referenced issues and to build a more effective and robust compliance program," it will likely take some time for the DFS to be satisfied by the company's progress.

Sometimes You Winkleviin, Sometimes You Winklevose
Former Employees Say Problems Were Obvious at the Winklevoss' Exchange Before It Paused Withdrawals
12. 11. 22
Read More
A Lesson in Digging Your Own Grave
An Interviewer Asked Sam Bankman-Fried If He'd Been Honest and His Answer Was Bizarre
12. 2. 22
Read More
This is Fine
Crypto Guy Says He's Doing Fine After Losing Billions of Customers' Money, Getting Plenty of Sleep
11. 15. 22
Read More
+Social+Newsletter
TopicsAbout UsContact Us
Copyright ©, Camden Media Inc All Rights Reserved. See our User Agreement, Privacy Policy and Data Use Policy. The material on this site may not be reproduced, distributed, transmitted, cached or otherwise used, except with prior written permission of Futurism. Articles may contain affiliate links which enable us to share in the revenue of any purchases made.
Fonts by Typekit and Monotype.