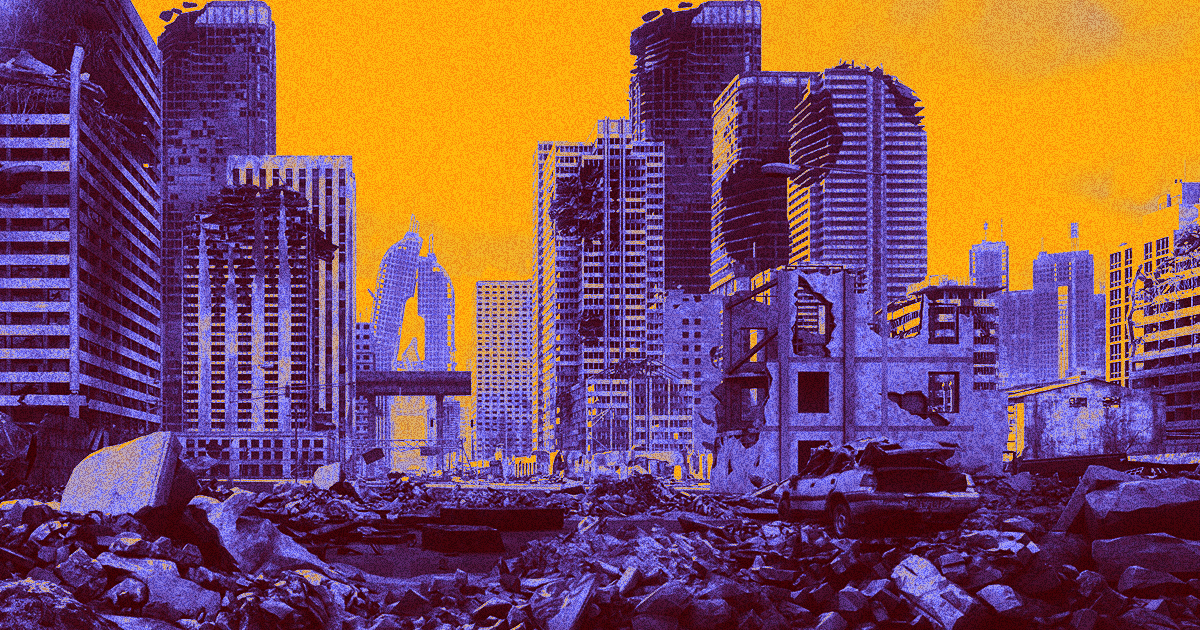 The Climate Projection for 500 Years From Now Is Unbelievably Bad

Researchers warn of an earth that's "alien to humans."

Researchers warn of an earth that's "alien to humans."

With climate change, we tend to worry about the present (are hurricanes getting worse?) and the medium-term future (what will the planet be like in the year 2100?)

Look a few hundred more years down the road, though, and the world will likely appear totally alien.

By the year 2500, the Amazon may become a barren hellscape and the midwestern United States could turn into a tropical jungle, according to a new set of far-reaching climate projections that a team of climate scientists from several Canadian and British universities published in the journal Global Change Biology on Friday. It's alarming research — and, to be fair, by no means authoritative — as well as a bleak look into the long-term repercussions of human industrialization.

Many climate models predict environmental change up to the year 2100, so it makes sense that we try and understand what the world will look like farther down the road, the researchers argued in an essay in The Conversation.

"This is surprising because people born now will only be in their 70s by 2100," the scientists wrote. "What will the world look like for their children and grandchildren?"

Looking that far into the future is a fairly speculative affair, the scientists noted. But they did find that their projections align with existing, robust models for the nearer future, lending more credibility to their predictions.

As temperatures continue to rise, the scientists found, much of the planet will become inhospitable to humans and coastlines will continue to be reshaped by rising sea levels, causing huge changes in terms of both geography and human society.

"Further, we found heat stress may reach fatal levels for humans in tropical regions which are currently highly populated," the team wrote. "Such areas might become uninhabitable."

Ultimately, the researchers hope they're proven wrong. They ended their Conversation essay with a plea to drastically reduce carbon emissions or face the consequences.

"The Earth of our high-end projections is alien to humans," they wrote. "The choice we face is to urgently reduce emissions, while continuing to adapt to the warming we cannot escape as a result of emissions up to now, or begin to consider life on an Earth very different to this one."

READ MORE: Our climate projections for 2500 show an Earth that is alien to humans [The Conversation]