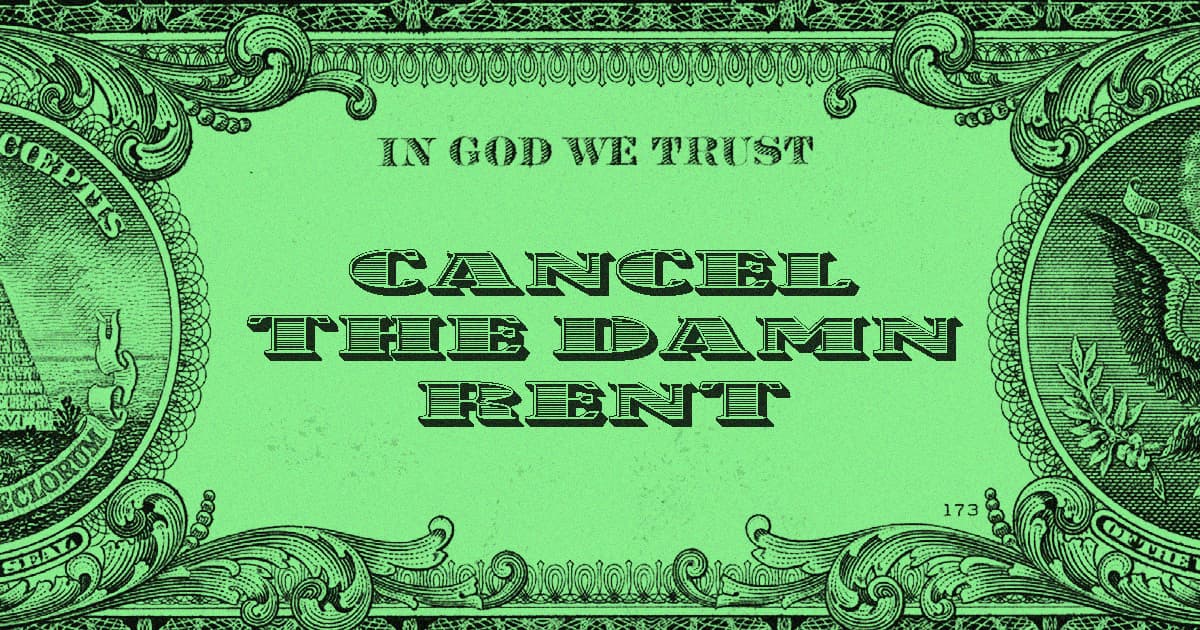 Thanks to a newly-passed resolution, Ithaca, New York could become the first U.S. city to cancel rent during the coronavirus pandemic.

The resolution, which still requires state approval, would not only erase rent debt accrued over the last three months but also cancel rent payments for both tenants and small businesses going forward, Fast Company reports. If enacted, it would make Ithaca a national leader as rent-related anxiety sweeps the U.S.

In a May poll, about 20 percent of American adults said that they had little to no confidence that they would be able to pay their rent or mortgage in June, Axios reports. Without relief, Princeton University Eviction Lab analyst Alieza Durana warns that the resulting wave of evictions would be catastrophic.

"The run-of-the-mill devastation that normally occurs in the wake of an eviction is further amplified by the conditions of this pandemic and economic crisis itself," Durana told Axios.

"It's sort of rescheduling the problem rather than solving it," Ithaca Tenants Union organizer Genevieve Rand told Fast Company about eviction bans.

By relieving residents of rent payments instead of merely pushing the problem back, Ithaca could give them a chance to get back and actually stay on their feet.

READ MORE: Ithaca, New York, is the first U.S. city to say it will cancel rent during the pandemic [Fast Company]

More on rent: NYC Just Declared a State of Emergency. Here's What That Means

Brands We Love
This Real Estate Investment Platform Saves You Time and Money
10. 19. 21
Read More
Stranded
Man Lost at Sea for 30 Days Says It Was a "Nice Break" From Pandemic
10. 8. 21
Read More
Throwing Memes
Chinese State News Agency Floods Social Media With Anti-America COVID Memes
8. 10. 21
Read More
+Social+Newsletter
TopicsAbout UsContact Us
Copyright ©, Camden Media Inc All Rights Reserved. See our User Agreement, Privacy Policy and Data Use Policy. The material on this site may not be reproduced, distributed, transmitted, cached or otherwise used, except with prior written permission of Futurism. Articles may contain affiliate links which enable us to share in the revenue of any purchases made.
Fonts by Typekit and Monotype.