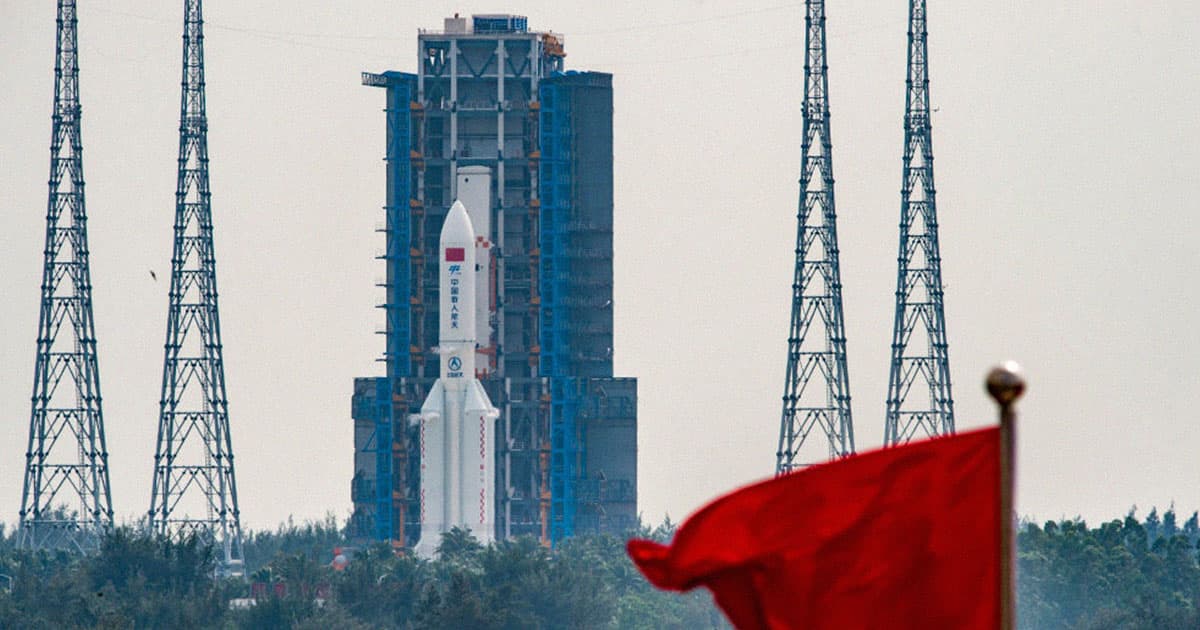 Chinese Space Debris Crashes Down in the Philippines

It happened again. ABC News reports that Chinese space debris from another one of the nation's heavy lift Long March 5B rockets was just discovered at sea off the Philippines' coastline.

The rocket remains are believed to be those of the Long March 5B that launched from the Wenchang Space Launch Center on Hainan island last week, which was reportedly carrying a payload with laboratory materials to the Tiangong Chinese space station.

This isn't the first time that the Philippines has been threatened by Chinese space junk. Now, per ABC, officials from the Philippine Space Agency are pushing authorities in Manila to ratify UN treaties regarding space junk. If those treaties are signed, citizens of the island nation would be allowed to seek restitution for any injury or damage caused by falling rocket debris.

Considering that the Philippines are under China's direct space flight path, it's fair for officials to worry. In fact, back in August the nation was technically hit twice by Long March 5B junk — once at the beginning of the rocket's launch, and once at the end.

"This shows that the risk is higher for us," an official told the Philippine newspaper the The Inquirer at the time, "because we are under the flight path of most Chinese rocket launches."

Though neither of the recent Long March 5B crashes near the island actually hit land, they very well could. After all, they've done so before. A defunct rocket core made landfall in West Africa last Spring, and more recently, a chunk of a Long March 2D — a different, but apparently equally chaotic — rocket crashed into a Chinese field. And while no lives have been taken by falling space junk thus far, there's certainly a risk, and experts have even warned that there's a ten percent risk that falling cosmic trash will cause human casualties in the next decade.

For its part, China has yet to express any legitimate concern over its extremely messy rockets. And as there's yet to be much in the way of international governance for ensuring that any and all spacefaring nations keep potentially dangerous debris in check, it appears to have little incentive to change its ways.