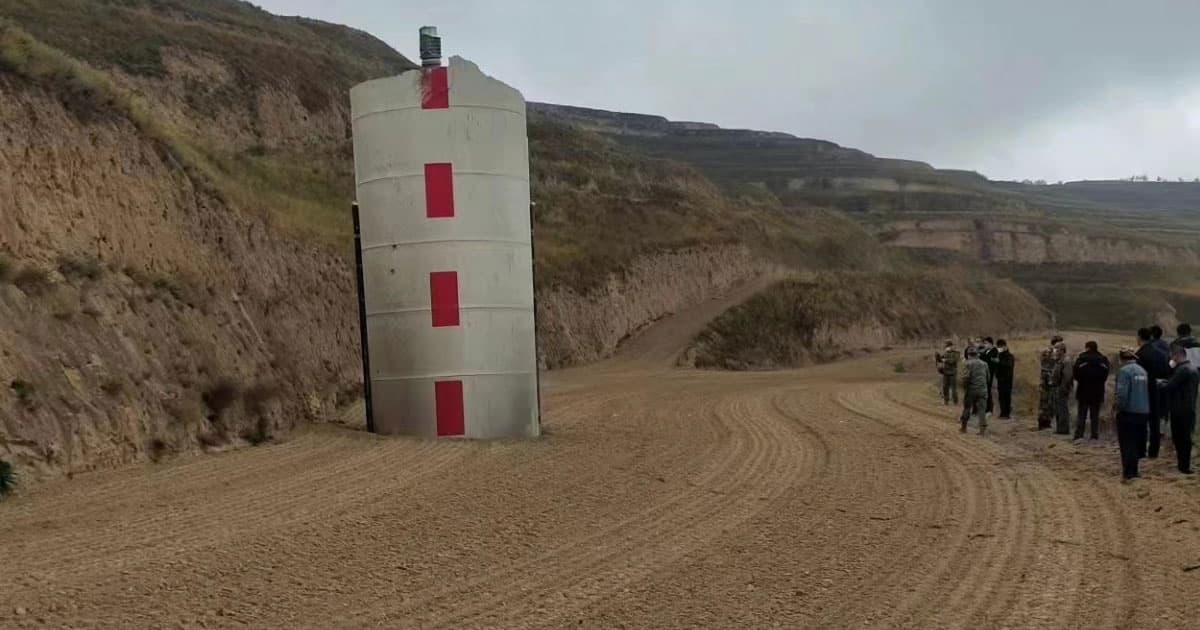 A gigantic piece of a Chinese Long March 2D rocket has seemingly plummeted back down to Earth and lodged itself in a crop in the northwestern province of Gansu, as seen in images shared on Chinese social media.

The images show a massive metal structure lodged vertically in some freshly tilled soil, sticking out some 20 to 30 feet.

The piece likely belonged to a rocket China launched on Saturday to deliver satellites into orbit, but officials have yet to weigh in.

Long March rockets and boosters have historically been non-reusable, which means they often end up making their out-of-control descent through the Earth's atmosphere.

Western officials have long criticized the practice, saying it's not only environmentally unfriendly compared to reusable rocket parts, but also potentially dangerous for anybody living within the confines of the projected landing zones.

It's the latest in a long series of uncontrolled reentries by China. Earlier this year, debris from a Long March 5B rocket burned up in the atmosphere, to fall into the Indian and Pacific oceans.

In May 2020, pieces of a Chinese rocket struck and damaged properties in Ivory Coast. Then last year, other debris landed in the Indian Ocean not far from the Maldives.

At the time, NASA administrator Bill Nelson accused China of "failing to meet responsible standards regarding their space debris."

With SpaceX leading the charge on developing and perfecting reusable rocket technologies, it's true that the practice is becoming increasingly difficult to justify.

Which is more relevant than ever before, given that the country's space program is in full swing. Just this morning, a Chang Zheng 5B rocket launched the country's second space station module in less than a year.

In fact, as Ars Technica reports, that one is expected to come crashing down as well — in what it called yet another game of "find the falling Chinese rocket."