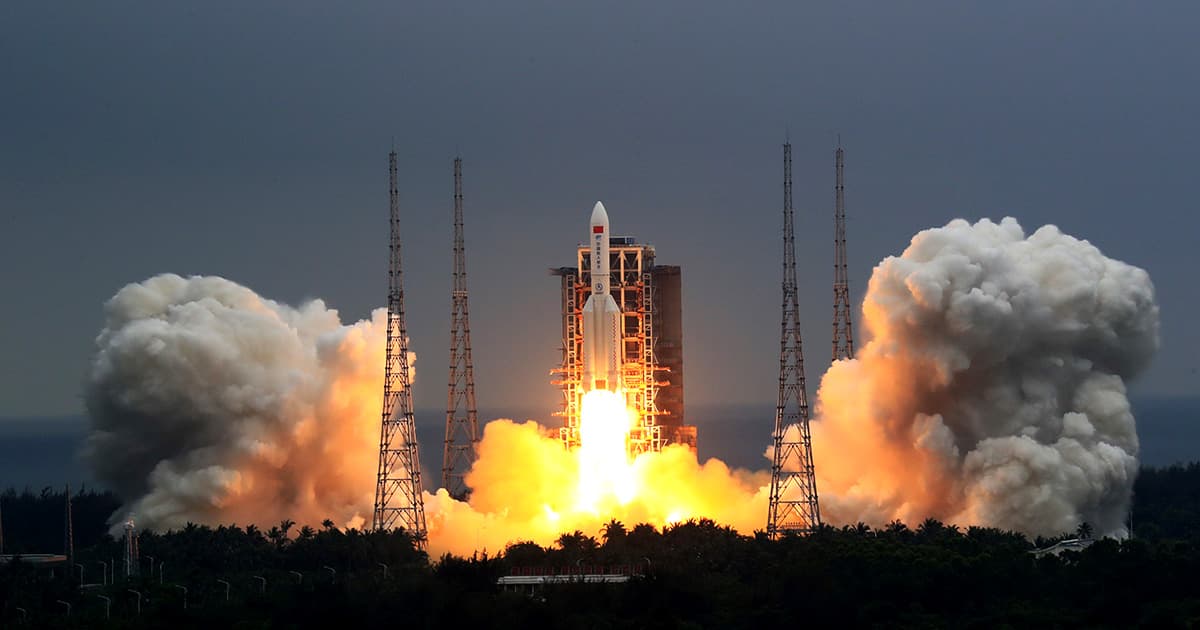 Instead of developing a new rocket for the crewed lunar missions, China is more likely to upgrade an existing Long March 5 rocket into a "Long March 5-DY," Ars Technica reports. That's coming from Long Lehao, the chief designer of the Long March rockets, who gave the unofficial announcement that China plans to use the existing, flight-tested rockets to complete a crewed lunar landing in less than a decade.

If that's the case, China may have a leg up on NASA in the unofficial lunar space race, as the American agency is still testing its Space Launch System rocket and Orion spacecraft — both of which are already delayed by years.

The decision to modify an existing rocket rather than develop an entirely new one suggests that China wants to accelerate its already-ambitious space exploration plans, perhaps to even get to the Moon before NASA's Artemis missions.

Chinese engineers are currently working on a super-heavy lift rocket called the Long March 9, according to Ars. While that rocket could feasibly get the job done, it probably won't be ready for tests until 2030, at which point NASA is likely to have already sent astronauts to the lunar surface.

So instead of relying on one new rocket, China seems likely to use two Long March 5 rockets, according to Ars. One would shuttle a lander into lunar orbit and then the other would carry the astronauts, who would need to then transfer to the lander before descending and spending six hours on the Moon's surface.

Afterward, the lunar lander would carry the astronauts back up to one of the rockets for their trip back home. For now, Lehao's announcement hasn't been backed by official space policy, but confirmation could occur in about a month during the Zhuhai Airshow.

More on China's space program: China and Russia Agree To Collaborate on Lunar Base