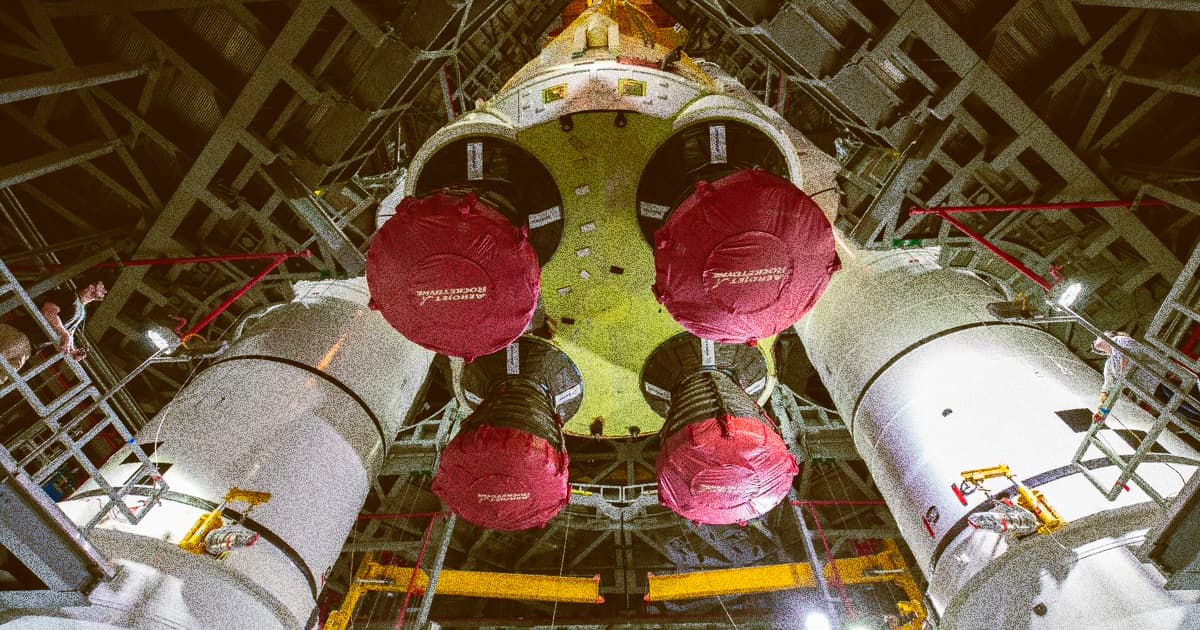 "Moving step by step, we are progressing toward launch while keeping our team as safe as possible."

"Moving step by step, we are progressing toward launch while keeping our team as safe as possible."

NASA's Space-Launch System (SLS) rocket, which was supposed to launch the first Artemis Moon missions this year, now probably won't take flight until the middle of 2022.

Publicly, NASA is maintaining the expectation of a 2021 launch for the uncrewed Artemis I's trip around the Moon, but a source at the agency told Ars Technica that tests are so delayed that now the best-case scenario is a launch by spring — but more realistically summer — 2022.

Faced with those claims, a NASA spokesperson told Ars that yes, the SLS and its accompanying Orion spacecraft are delayed and that COVID-19 is to blame — presenting yet another hiccup on the road to finally completing a rocket that was originally supposed to blast off back in 2016.

At the moment, NASA is completing vibration tests that are designed to make sure the SLS can hold together under the extreme conditions of a launch, and clue engineers in to any mid-flight adjustments that they may need to make. The agency hoped those tests would be done by July — meaning everything that comes after has had to be pushed back.

"The agency continues to monitor the rise of COVID cases in the Kennedy area, which combined with other factors such as weather and first-time operations, is impacting our schedule of operations," NASA spokesperson Kathryn Hambleton told Ars. "Moving step by step, we are progressing toward launch while keeping our team as safe as possible."

However, the SLS has already been delayed for years and surpassed budget expectations by billions of dollars. So while the pandemic has certainly thrown another wrench into the works, it's not like things were progressing smoothly before the coronavirus struck. Regardless, Hambleton says that NASA should offer a revised schedule soon.

"As always, we will fly only when we are ready," she told Ars Technica.

More on the SLS: We Interviewed the New Head of NASA About SpaceX, China, and Aliens