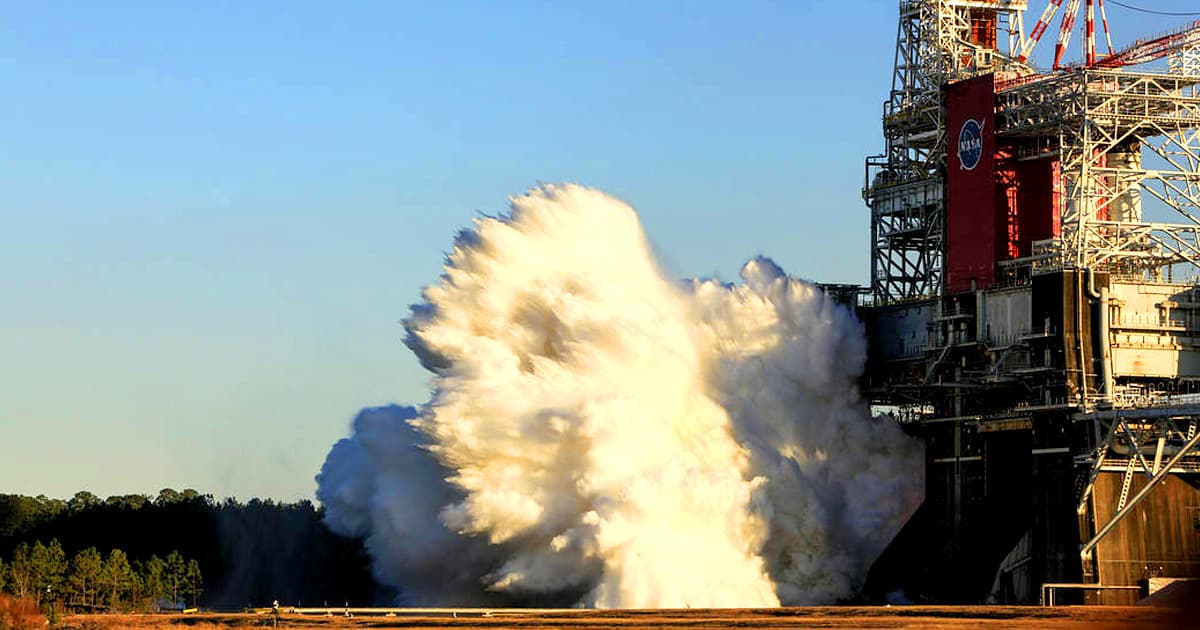 End of an Era

The SLS Is Probably the Last Rocket NASA Will Ever Build

The private sector is closer to taking over the rocket business than ever before.

The private sector is closer to taking over the rocket business than ever before.

It took almost a decade and tens of billions of dollars to get to this point.

The rocket roared to life, blowing a gigantic white cloud into the forest nearby the agency's Stennis Space Center in Mississippi in a hot fire test lasted for a record eight minutes. As early as November, the rocket could launch the agency's first uncrewed mission around the Moon in many years.

But overshadowing this week's hot fire tests is the bittersweet fact that this may well be the last class of rocket that NASA will ever build, according to a new The New York Times essay by spaceflight journalist David Brown.

Applause is heard from the @NASAStennis teams as the Green Run hot fire test concludes. After acquiring eight minutes of data, the teams are now beginning their shutdown procedures. pic.twitter.com/6WPzZm76k6

The development of the SLS has been marred by budget overruns, underfunding by Congress, and countless delays. In 2021, the rocket is five years behind schedule and has cost billions more than originally projected.

Waiting in the wings is SpaceX. The Elon Musk-led company has made unquestionable progress in developing its Starship, a massive spacecraft designed to carry up to 100 passengers as far as Mars.

NASA also awarded the company with a contract to return astronauts to the lunar surface as soon as 2024.

Add it all up and the SLS may end up being a transitional vehicle, allowing NASA to pave the way for a future in which the private space sector builds the rockets — and the agency just provides funding and scientific expertise.