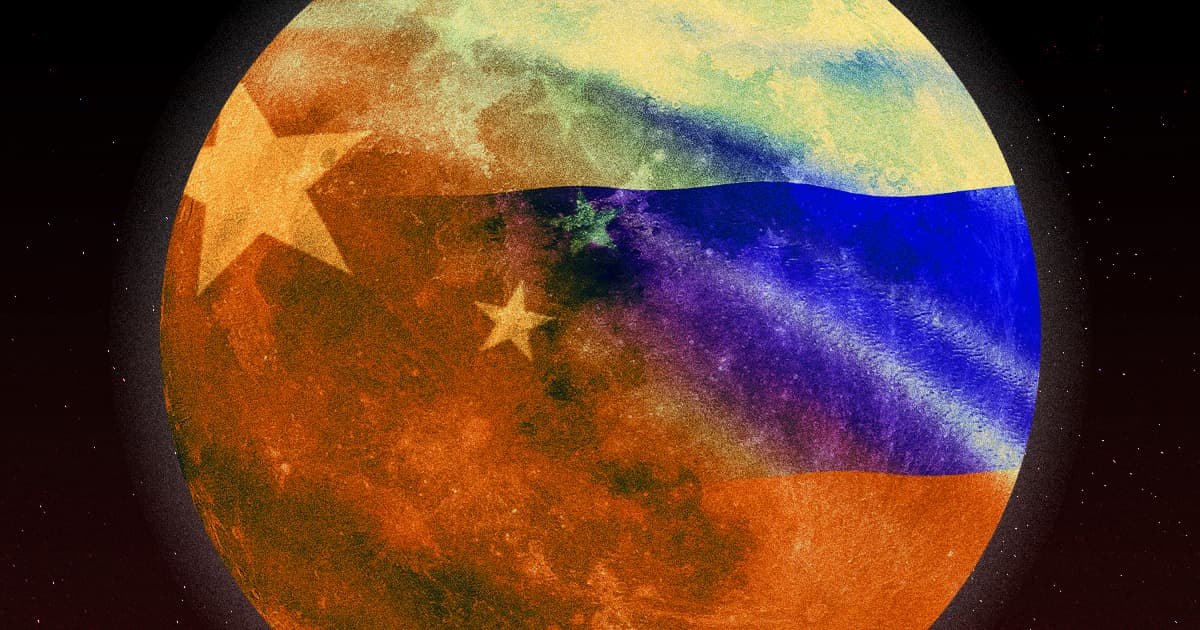 China and Russia Agree to Collaborate on Lunar Base

The governments of Russia and China have agreed to sign a memorandum of understanding that says the two countries will collaborate on an upcoming lunar base.

Specifically, SpaceNews reports, the memorandum suggests that Russia will sign on to help China with its planned International Lunar Research Stations (ILRS). It's a striking — but not surprising — pivot from Russia's partnership with the nations contributing to the International Space Station that could have a major impact on the geopolitical landscape of space exploration.

The goal for the ILRS is to establish a long-term robotic presence on the Moon by the early 2030s and a sustained human presence later that decade. Russia, which has previously expressed that the ISS is becoming unusable during its final years of operation, will lend its own space travel expertise to the project, SpaceNews reports, though the details of the tentative agreement haven't been finalized.

"This [memorandum of understanding] fits the larger trend, which is Russia moving into a closer orbit with China," University of Leicester international relations expert Bleddyn Bowen told SpaceNews.

Relations between NASA and Russia's Roscosmos have been strained as of late, and this new agreement could further diminish NASA's role as the global leader among space programs.

That's compounded by the fact that the European Space Agency is also keeping an eye on the ILRS to see if it wants to join the program, SpaceNews reports – a move that would further isolate NASA, which is banned from collaborating with China in space, from the global community.