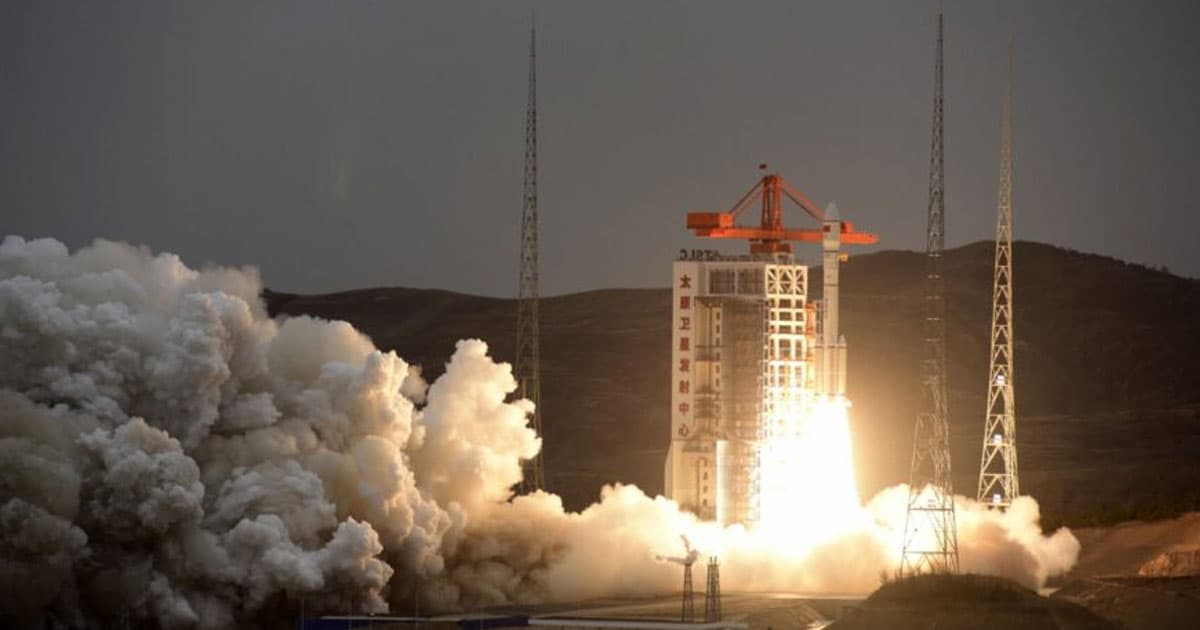 Chinese Official Squirms at Question About Rocket That Disintegrated in Orbit

She was NOT having it.

She was NOT having it.

China's got a lot of explaining to do after one of its rockets broke apart after being launched into orbit — but the person they put on the job mostly ignored reporters' questions.

Over the weekend, the American space rival experienced another embarrassing incident, as Space.com reports, when the upper stage of the second successful Long March 6A rocket launch broke apart into an estimated 50 pieces after entering orbit.

"Did a Chinese rocket break apart in orbit over the weekend?" a New York Times reporter asked, per a Chinese government transcript. "What caused it to break apart? And does the debris, the pieces of the rocket, pose any danger to space stations?"

"According to our knowledge, what happened will not have an impact on China’s space station or the International Space Station," Ning demurred. "I would refer you to competent authorities for details."

China has attracted growing criticism for space debris, which it's often let crash back down to Earth chaotically following major launches. And in 2007, it attracted major criticism for blowing up a satellite in a military test, creating speeding wreckage that later threatened the International Space Station.

First announced by the US Space Force on Twitter, the breakup resulted in dozens of new pieces of debris in orbit — and as Dutch astronomer Cees Bassa observed at the Netherlands Institute for Radio Astronomy, they appeared to tumble into a bunch of different directions.

"All pieces were tumbling fast, giving very distinct flash patterns," Bassa tweeted, adding that the 18th Space Defense Squadron that first reported the rocket breakup "will have a challenge tracking and determining orbits for all these."

Interestingly, more Chinese rocket debris was found the same day that the Long March 6A was launched, though the junk found in the Philippines was seemingly from an earlier launch.

Space debris is, of course, a growing problem for all spacefaring nations and companies — and one that heretofore has not yet been solved.

More on space junk: Even More SpaceX Debris Crashes Down on Another Cattle Farm