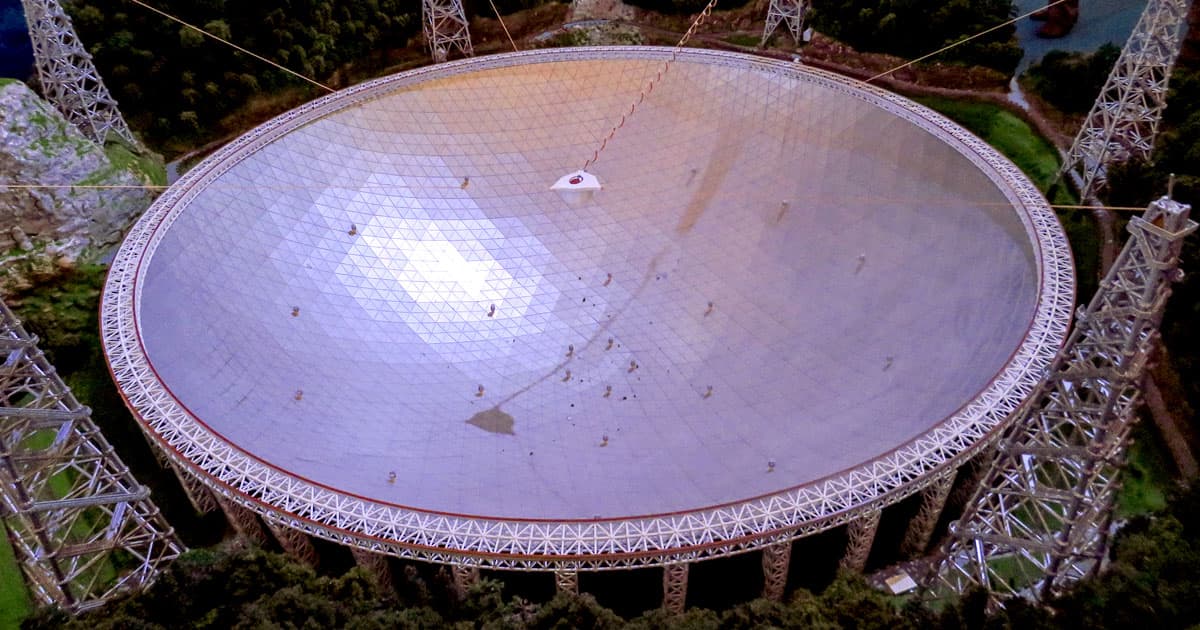 The telescope will be scanning twice as much sky as the next-largest single dish telescope, the Arecibo Observatory in Puerto Rico, according to Nature. It'll be able to detect even the faintest of radio waves emanating from celestial objects like pulsars and entire galaxies — and could even be used to discover distant worlds that might harbor alien life.

The telescope's extremely remote location in Southwest China made its construction challenging. It took engineers five years to construct the 500-meter dish, which is comprised of about 4,400 aluminum panels.

More Radio Bursts
MIT Scientists Discover Deep Space Signal, Pulsing Like Heartbeat
7. 14. 22
Read More
Whack-an-Alien
Chinese Scientists Say They May Have Detected Signal From Extraterrestrial Intelligence, But Probably Not
6. 14. 22
Read More
RIP
Iconic Arecibo Alien-Hunting Observatory Will Be Demolished
11. 19. 20
Read More
+Social+Newsletter
TopicsAbout UsContact Us
Copyright ©, Camden Media Inc All Rights Reserved. See our User Agreement, Privacy Policy and Data Use Policy. The material on this site may not be reproduced, distributed, transmitted, cached or otherwise used, except with prior written permission of Futurism. Articles may contain affiliate links which enable us to share in the revenue of any purchases made.
Fonts by Typekit and Monotype.