They’re offering a salary of about $1.2 million annually, but there are some pretty strict hiring criteria. 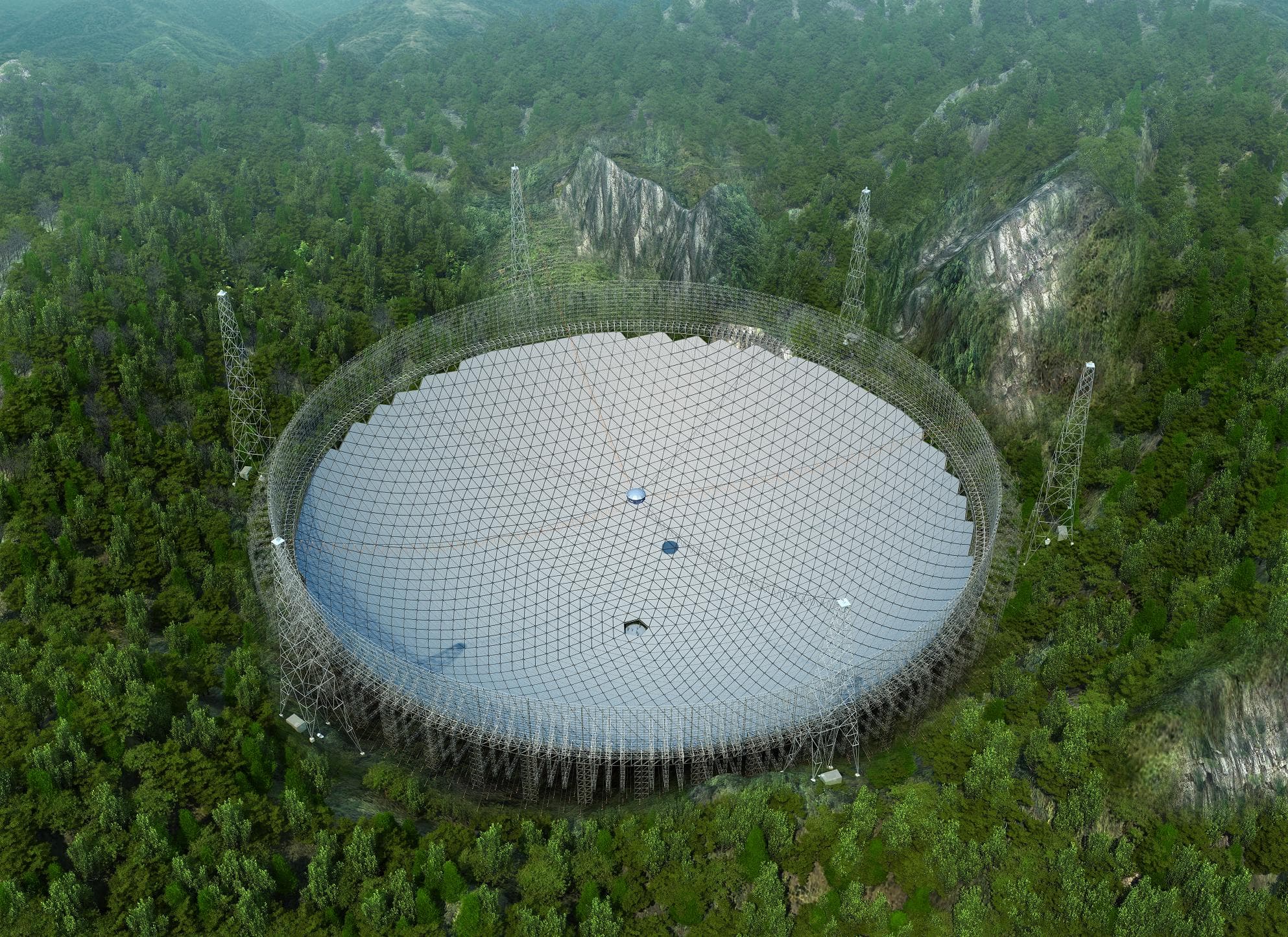 China is offering a salary of about $1.2 million annually to run the biggest radio telescope in the world, located in a remote area of southern China. The telescope, called the Five hundred-meter Aperture Spherical Telescope (FAST), is almost twice the size of the nearest comparable facility in the world: the Arecibo radio telescope in Puerto Rico, which is operated by the U.S.

The South China Morning Post says that China is searching for a foreigner to run FAST because no Chinese astronomer has ever run a facility of of its complexity and size. The position has been advertised since May, but thus far no qualified applicants have applied. This is explained in part by the stringent requirements that accompany the post, which include a minimum of 20 years of experience in the field, a professorship or equally senior role in a world-class university or research institute, and a previous leading role with extensive managerial experience on a large-scale radio telescope project.

Texas A&M University astronomer Nick Suntzeff, who worked on the dark energy discovery and is part of the team overseeing construction in Chile of the optical Giant Magellan Telescope, told Ars Technica that there are around 40 or so astronomers worldwide who meet those qualifications. Radio astronomy is relatively small compared to other astronomy disciplines.

Another reason for the difficulty in filling the role may be that American scientists are not entirely convinced of FAST's potential. Compared to the similar Arecibo radio telescope, FAST has an effective size of 400 meters — one-third larger than Arecibo's 300 meters. However, Arecibo can also transmit radio waves to identify near-Earth asteroids and other targets, whereas FAST is solely a passive instrument, designed to pick up signals — potentially from alien civilizations.

Still, FAST does have tremendous scientific potential. Once its up and running, it's likely to yield some interesting data. Since its located at a very quiet radio site, and is the world's largest filled-aperture telescope, these conditions mean it will offer far more surveying speed and raw sensitivity than Arecibo. It will also cover two or three times more sky than Arecibo does. With this much more enhancement all around, FAST is likely to generate data about known mysteries like dark energy and dark matter, as well as unexpected discoveries.

Read This Next
Whack-an-Alien
Chinese Scientists Say They May Have Detected Signal From Extraterrestrial Intelligence, But Probably Not
RIP
Iconic Arecibo Alien-Hunting Observatory Will Be Demolished
More on Hard Science
Warped Tour
Yesterday on futurism
Professor Believes Door to Warp Drive May Lie With Ethylene Glycol
Sky Bursts
Yesterday on the byte
Astronomers Intrigued by 25 Mysterious Repeating Radio Signals From Deep Space
Tractor Beam
Jan 26 on the byte
Scientists Build Working Tractor Beam, Although It's Comically Tiny
READ MORE STORIES ABOUT / Hard Science
Keep up.
Subscribe to our daily newsletter to keep in touch with the subjects shaping our future.
+Social+Newsletter
TopicsAbout UsContact Us
Copyright ©, Camden Media Inc All Rights Reserved. See our User Agreement, Privacy Policy and Data Use Policy. The material on this site may not be reproduced, distributed, transmitted, cached or otherwise used, except with prior written permission of Futurism. Articles may contain affiliate links which enable us to share in the revenue of any purchases made.
Fonts by Typekit and Monotype.