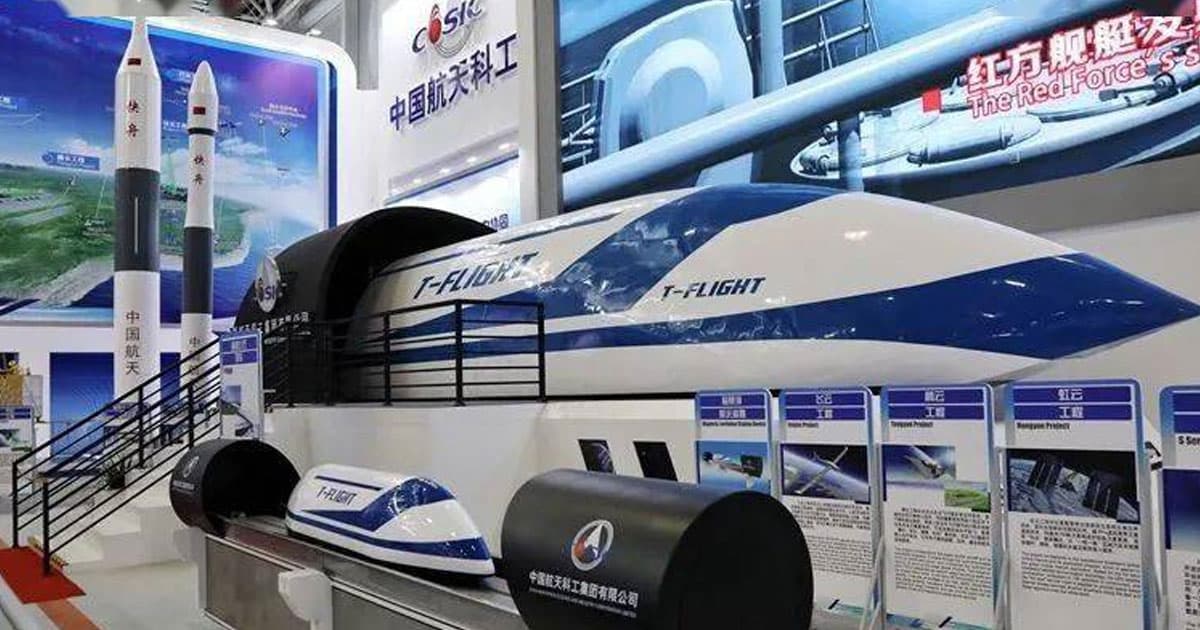 China claims to have become the first country in the world to successfully carry out tests on a Hyperloop-style, magnetically levitated train inside a vacuum tube — or "vactrain" for short — according to a report from state-run newspaper China Daily.

Researchers tested the train along a roughly 1.25-mile track in the province of Shanxi in northern China. During the test, it reached speeds of up to 80 mph inside a "low vacuum tube," according to the report.

The team is only getting started. The goal is to eventually construct a full-scale, 37-mile test track and have trains reach speeds of up to 621 mph.

The test could lay the groundwork for an entirely new kind of high-speed train system, not unlike the "Hyperloop," a design popularized by Elon Musk roughly a decade ago.

According to the researchers behind the test, it's the first successful demonstration of a maglev train of its kind traveling inside a low-vacuum tube.

While maglevs are an established, albeit rare form of transportation — just this week, Japan broke its own speed record by getting its maglev bullet train to travel at 374 mph — the concept of a vactrain has yet to be realized.

Perhaps the most famous vacuum tube-based train concept is Elon Musk's "Hyperloop," which he first proposed back in 2012. Despite plenty of optimism and early testing, we have yet to see a full-scale Hyperloop system being built, let alone put into use.

Earlier this year, Musk claimed that The Boring Company is going to finally attempt to build an underground Hyperloop "in the coming years," we remain skeptical of his infamously ambitious timelines.

But given China's advances, the billionaire has clearly been beaten to the punch.

Veillance What?
Startup Says Train Powered by "Veillance Flux" Could Travel 620 MPH
Sep 12
Read More
Hyperloopy
Here's What Traveling By Hyperloop Could Look Like
1. 27. 21
Read More
Looped In
See a Startup's Newly Unveiled Hyperloop Test Track
2. 26. 19
Read More
+Social+Newsletter
TopicsAbout UsContact Us
Copyright ©, Camden Media Inc All Rights Reserved. See our User Agreement, Privacy Policy and Data Use Policy. The material on this site may not be reproduced, distributed, transmitted, cached or otherwise used, except with prior written permission of Futurism. Articles may contain affiliate links which enable us to share in the revenue of any purchases made.
Fonts by Typekit and Monotype.