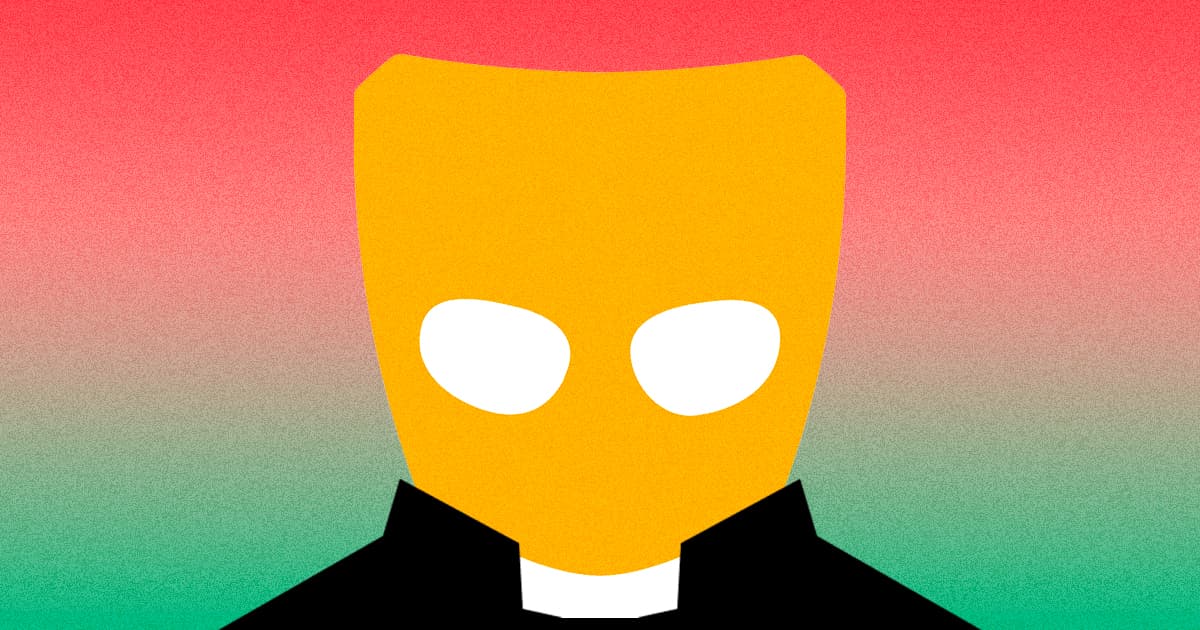 Monsignor Jeffrey Burrill, the top administrator of the U.S. Conference of Catholic Bishops (USCCB), resigned on Tuesday when someone obtained and deanonymized data from his cell phone showing that he frequented gay bars and regularly used the dating app Grindr.

News of the targeted hack was first published by the Catholic newsletter The Pillar, which gained access to Burrill's cell phone location data.

Burrill, who had a major role in overseeing and managing the Catholic church's various scandals, resigned seemingly to prevent further controversy. It's a complicated matter. Should anyone be embarrassed into resignation over their sexuality? Absolutely not. But as The Washington Post notes, it also can't be ignored that Catholic priests take vows of celibacy and, more often than not, teach that sexuality ought to only exist within the confines of heterosexual marriage. But the story also illustrates that many people's concept of and desire for privacy simply doesn't exist within our increasingly digital lifestyles.

Experts told WaPo that the kind of hack that targeted Burrill may not have even broken any laws. Anonymized location data from our phones is often put up for sale in perfectly legal marketplaces, often for marketers who want to place targeted advertisements.

Still, the ability to buy data supposedly stripped of personal identifiers and trace it back to a specific person is alarming. Our phones transmit a whole lot of data that we may not even realize we're giving away. Because of that, there aren't many ways to protect ourselves from similar hacks — beyond perhaps embracing Luddism.

"It unleashes this chain that a user cannot stop because they don’t even know that it was collected in the first place and they have no idea where this data actually lives," CTO for privacy firm Disconnect Patrick Jackson told WaPo. "But it's out there, and it's for sale."

Jackson added that he expects this sort of location data exposé to happen more and more often as bad actors learn what kind of data is out there for the taking. So be warned: in the age of platforms, nothing is secret anymore.

Brands We Love
Sign up for CyberGhost VPN Today, and Get an Extra Six Months for Free
8. 4. 20
Read More
Brands We Love
Want to Maintain Online Privacy and Security Without Sacrificing Speed and Performance?
7. 18. 20
Read More
Brands We Love
Make a New Year's Resolution to Protect Your Online Privacy With Nord VPN
12. 28. 19
Read More
+Social+Newsletter
TopicsAbout UsContact Us
Copyright ©, Camden Media Inc All Rights Reserved. See our User Agreement, Privacy Policy and Data Use Policy. The material on this site may not be reproduced, distributed, transmitted, cached or otherwise used, except with prior written permission of Futurism. Articles may contain affiliate links which enable us to share in the revenue of any purchases made.
Fonts by Typekit and Monotype.