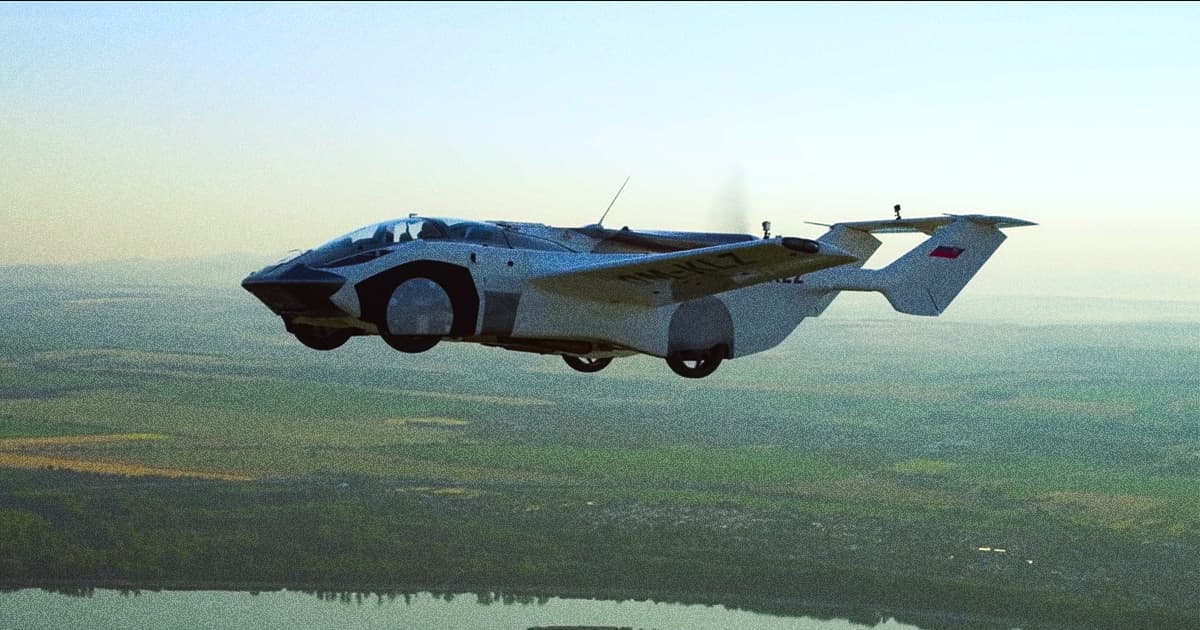 A flying car prototype just completed a 35-minute test flight, traveling the roughly 50 miles between the airports in Nitra and Bratislava, Slovakia.

The AirCar, as it’s called, takes its name literally. The vehicle is an unusual transforming hybrid that can drive around like a car before popping out its tail, unfolding its wings, and cruising down a runway to take flight, The BBC reports. The vehicle has a number of limitations, including weight capacity and its range, but who cares: We’re talking about a car that turns into a plane, so we’re excited to watch no matter what happens.

You can watch the vehicle’s quick transformation from plane to car here:

The AirCar has a number of key differences from other “flying cars” that have been in the news. The other vehicles, technically called electric vertical take-off and landing (evTOL) vehicles are, as the name suggests, are powered by electric batteries in an attempt to transition away from fossil fuel-powered transportation. Meanwhile, the AirCar has a BMW engine and runs on the same gasoline you’d put into your car, which grants the vehicle a 600 mile flight range with a full tank.

An evTOL also travels more like a helicopter than a plane or a (flying) car, whereas the AirCar needs an airport’s runway to both take off and land — a process that developer and test pilot Stefan Klein told the BBC felt “normal” and “very pleasant.”

“I have to admit that this looks really cool — but I’ve got a hundred questions about certification,” University of the West of England avionics and aircraft research fellow Stephen Wright told the BBC. “Anyone can make an aeroplane but the trick is making one that flies and flies and flies for the thick end of a million hours, with a person on board, without having an incident.”

“I can’t wait to see the piece of paper that says this is safe to fly and safe to sell,” he added.