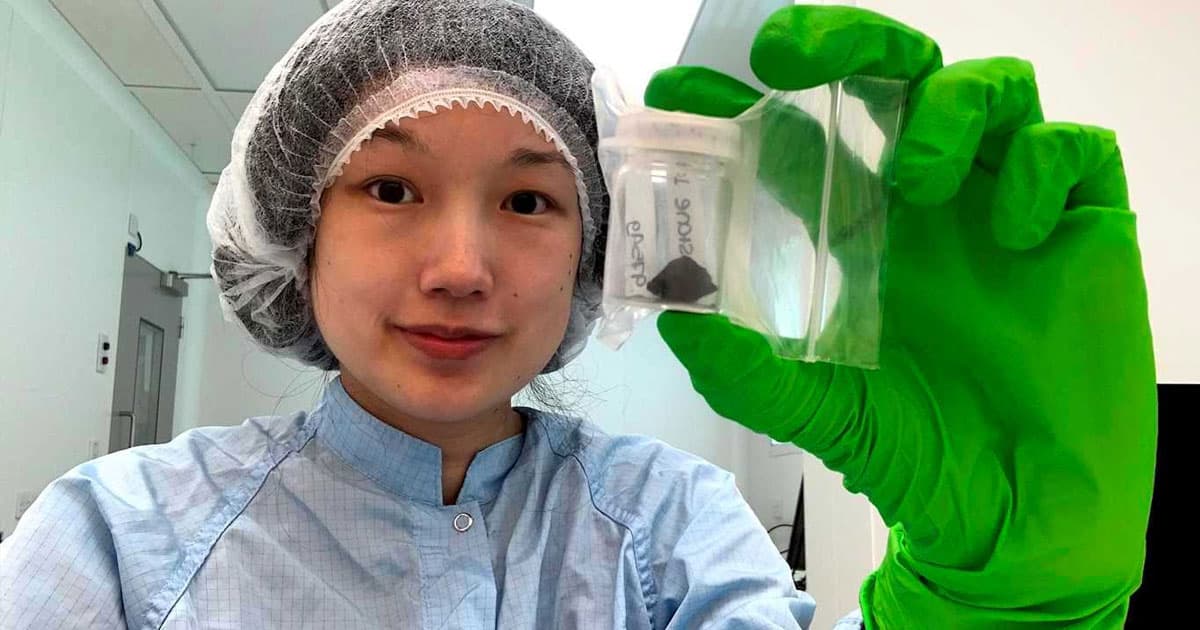 A key find in uncovering the origins of life may have landed right on someone's doorstep.

A key find in uncovering the origins of life may have landed right on someone's doorstep.

When a meteorite smashed into a family's driveway in England a few years ago, scientists scrambled to recover it as quickly as possible. Dubbed the Winchcombe meteorite, it's already been the subject of at least one study that found that it contained water similar to Earth's.

But the latest study, published in the journal Science Advances, has yielded another fascinating discovery: organic matter inside the meteorite comprising some of the building blocks of life.

By organic matter, we mean the molecules and compounds necessary for carbon based life, which can form through inorganic processes.

In this case, researchers found soluble protein amino acids that they believe were formed when the meteorite was still part of a large parent asteroid that contained liquid water — a tantalizing clue in the ongoing puzzle to uncover the origins of life.

This isn't the first meteorite found to contain amino acids, but the meteorite and the circumstances it was recovered in make it an especially valuable case, primarily because scientists can be certain that what they found inside comes from space, not Earth.

"Winchcombe belongs to a rare type of carbonaceous meteorite which typically contains a rich inventory of organic compounds and water," explained study lead author Queenie Chan, a planetary scientist at the University of London, in a press release.

Thanks to hundreds of witnesses, the Winchcombe was recovered within 12 hours, saving it from any "terrestrial contamination." In fact, it's the "least terrestrially modified" asteroid of its type recovered to date, according to the study.

"This allowed us to study the organic signature truly essential to the meteorite itself," Chan added.

Window into the Past

The presence of amino acids in the meteorite has some fascinating implications for how life emerged, specifically on our planet. If meteorites in or near our solar system indeed brought Earth's water, they also could have delivered those building blocks of life.

The Winchcombe meteorite, therefore, provided scientists "with a window into the past, how simply chemistry kick started the origin of life at the birth of our solar system," Chan said.

And who's to say that meteorites like these aren't kickstarting life in other parts of the universe?