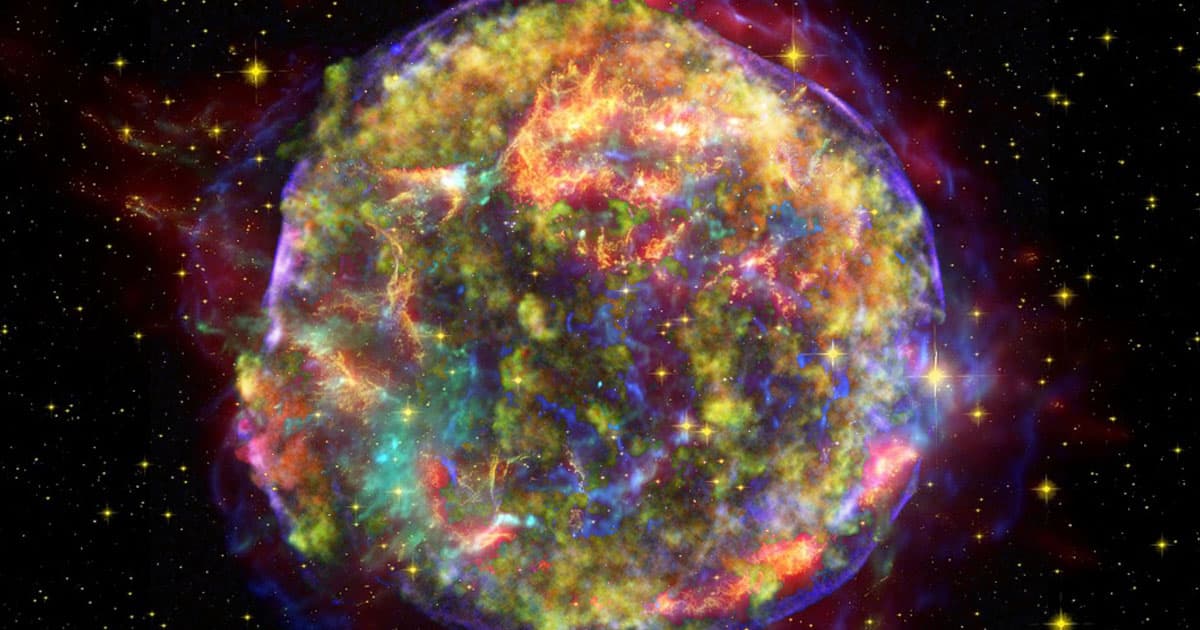 This Is the Most Brutal Supernova in Recorded History

It took scientists years to believe what they saw.

It took scientists years to believe what they saw.

Scientists believe they witnessed the explosion of the most massive star to ever detonate into a supernova.

The European Space Agency scientists spotted the stellar explosion, dubbed SN2016iet, back in 2016 — but it took three years of analysis and follow-up investigations for them to comprehend they had seen, CNN reports. That's because SN2016iet totally contradicted scientists' understanding of how supernovas are supposed to behave.

The giant supernova lasted longer and gave off more energy than a typical supernova. But it also had a bizarre chemical signature, with less metal than any other supernova the scientists had seen, according to research published Thursday in The Astrophysical Journal.

"When we first realized how thoroughly unusual SN2016iet is my reaction was 'whoa — did something go horribly wrong with our data?'" Harvard graduate student Sebastian Gomez told CNN.

The scientists suspect that supernovas like SN2016iet used to be more common, but that the giant, old-school stars that would cause them have all already died off. That gives them a unique opportunity to probe this last explosion for a better understanding of the universe's chaotic past.

"Most supernovas fade away and become invisible against the glare of their host galaxies within a few months. But because SN2016iet is so bright and so isolated we can study its evolution for years to come," Gomez told CNN. "These observations are already in progress and we can't wait to see what other surprises this supernova has in store for us."

READ MORE: This is the most massive star ever destroyed by a supernova [CNN]

More on supernovas: The World's Strongest Laser Is About to Simulate a Supernova