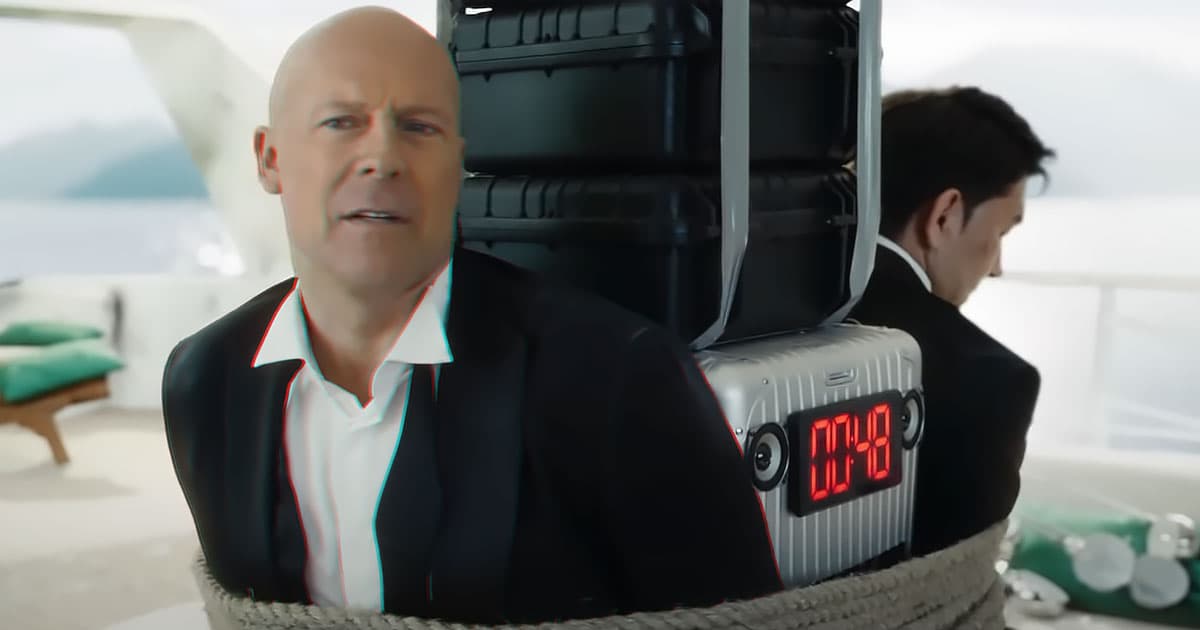 Something very odd is going on here.

Something very odd is going on here.

Bruce Willis apparently isn't going to be deepfaked into movies after all, according to a representative who denied claims that circulated last week.

In a statement provided to The Hollywood Reporter, a representative for the "Die Hard" icon denied that he had any current involvement with Deepcake, an aptly-named digital imagery that Willis had been said to have sold his digital likeness rights to.

Specifically, the rep told the entertainment magazine that Willis "has no partnership or agreement with this Deepcake company," denying reporting by the British Telegraph tabloid claiming the actor had sold his "digital twin" rights to the deepfake outfit for future theatrical productions.

Deepcake itself also told the Hollywood Reporter that digital likeness rights cannot legally be signed over per se, and that the company had instead created a "digital twin" of Willis for advertisements in 2021 after allegedly setting up contracts with the actor through CAA, his talent agency.

In other words, the situation is a total mess, with different partners claiming different things about an alleged deal that could indeed be both plausible and lucrative — if certainly controversial — with today's moviemaking tech.

This latest drama comes about six months after Willis' family announced that the action icon would be stepping away from acting after being diagnosed with aphasia, a heartbreaking cognitive disorder that causes people difficulty formulating words and sentences.

As of now, it's unclear what is actually going on between the "Fifth Element" star and Deepcake, especially considering that the latter did indeed create and distribute a Russian ad last year featuring a deepfaked Willis, and that it still uses his testimonial and name on its website.

Futurism has reached out to Deepcake for comment regarding these conflicting statements, and has asked specifically whether it has in the past or currently had contracts with CAA regarding Willis' likeness and if his family and representatives were made aware of any contracts to use it.

There certainly seems to be more than meets the eye to this story, and we'll keep you updated when more information becomes available.

Deep and Very Fake
Bruce Willis Signs Deal to Get Deepfaked Into Future Movies
Sep 30
Read More
Fake Surrender
Hackers Deepfaked a Video of the Ukrainian President Telling His Soldiers to Surrender
Mar 16
Read More
President Zuck
Expert: Online Disinfo Now Targeting COVID-19, Black Lives Matter
6. 25. 20
Read More
+Social+Newsletter
TopicsAbout UsContact Us
Copyright ©, Camden Media Inc All Rights Reserved. See our User Agreement, Privacy Policy and Data Use Policy. The material on this site may not be reproduced, distributed, transmitted, cached or otherwise used, except with prior written permission of Futurism. Articles may contain affiliate links which enable us to share in the revenue of any purchases made.
Fonts by Typekit and Monotype.