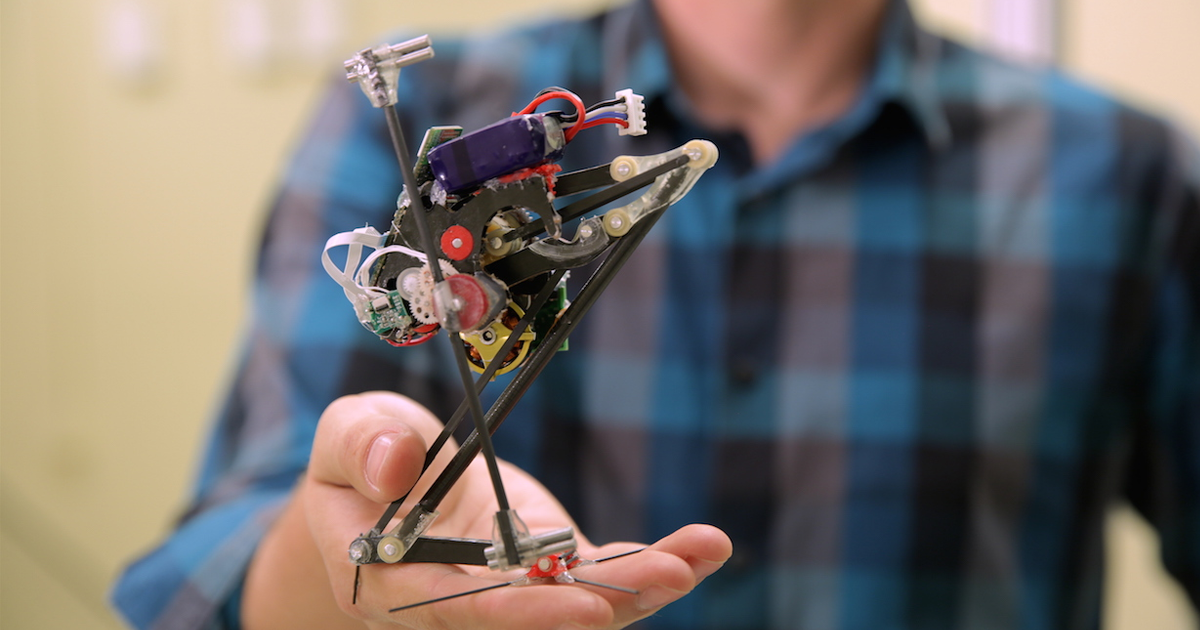 This Adorable Bouncing Robot Would Be Terrifying if It Was Huge

Rather than walk, the bot rapidly bounces around on its single leg like a Tigger that just guzzled a case of Mountain Dew. It can nimbly navigate an obstacle course, jumping three times its own height in a single bound and timing its landings to hit a moving target.

In other words, Salto is fast, agile, and smart — and it'd be terrifying if it weren't less than a foot tall.

Thankfully, the UC Berkeley researchers who've been developing Salto for nearly four years aren't planning to scale the bot up into some kind of super-weapon.

In fact, they see the robot's diminutive stature as one of its primary strengths — and they hope Salto could one day save lives, not threaten them.

"Small robots are really great for a lot of things, like running around in places where larger robots or humans can’t fit," researcher Justin Yim said in a press release. "For example, in a disaster scenario, where people might be trapped under rubble, robots might be really useful at finding the people in a way that is not dangerous to rescuers and might even be faster than rescuers could have done unaided."

READ MORE: With a hop, a skip and a jump, high-flying robot leaps over obstacles with ease [UC Berkeley]

More on small robots: Tiny Spies: This Insect-Like Flying Robot is Smaller Than a Penny