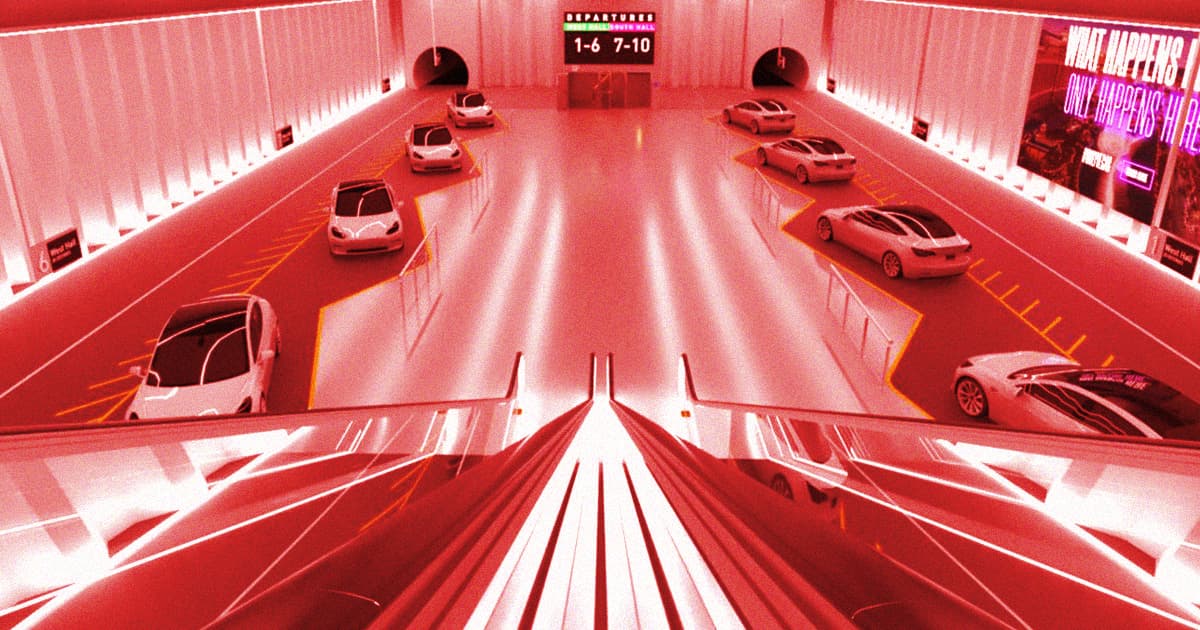 The Wheels on the Bus

Once opened to the public, the tunnel will cut a 15 minute walk down to only a couple of minutes thanks to modified Model X and Model 3 Tesla vehicles racing through the pair of white-walled 1.5 mile tunnels at up to 35 mph.

Hill's comments were difficult to parse. The Las Vegas Review-Journal's wording appeared to endorse the idea that it was specifically Tesla working on the high capacity vehicles, but the claim didn't appear in a direct quote by Hill. At press time, the Las Vegas Convention and Visitors Authority had not responded to a request for clarification from Futurism.

Many questions remain. We don't know however what these vehicles will look like, when they'll show up, or if the company will ever decide to roll them out in the first place.

"It seems that during a pandemic is not the time to be increasing capacity," Hill told the Review-Journal.

It's also worth noting that in 2018, Musk teased us with renders of what looked like passenger pods that could fit roughly 16 passengers. It's unclear if Hill was referring to that design.

The tunnel's fleet is made up of 11 vehicles right now, and will eventually be expanded to 60.

There are three stops: one near the convention center's Central Hall, and two above-ground stations at either end of the tunnel.

It's also still unclear what the boarding and disembarking procedures will look like, let alone the wait times.

While the tunnel hasn't opened to the public yet, the Boring Company is already in talks with Las Vegas authorities to built the "Vegas Loop," a 15 mile tunnel with stations connecting various resorts and attractions.

It's hard to say what to make of the Las Vegas tunnel. Ferrying the Convention Center's hundreds of thousands of visitors in one seven-seater Tesla at a time seems incredibly inefficient.

But if Musk's ventures ever decide to collaborate on a 16-passesenger van, purposefully designed for the task, the tunnel may eventually start to make a lot more sense.