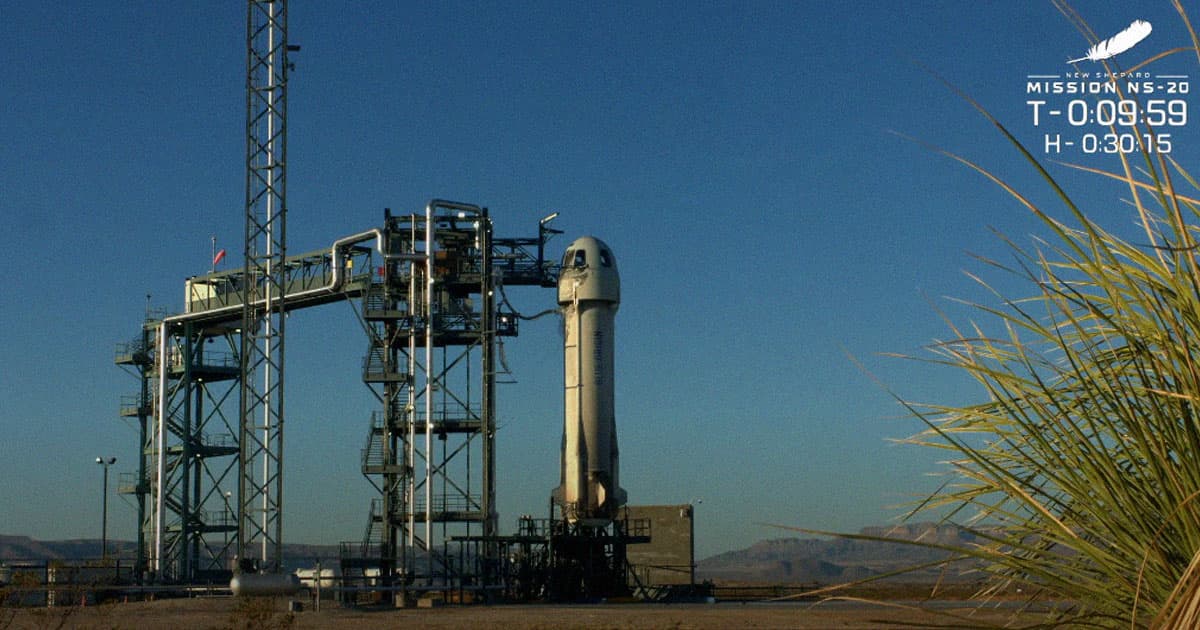 We still have no idea what happened.

We still have no idea what happened.

For over 45 minutes this morning, Blue Origin had to hold the launch of its latest rocket launch into the upper atmosphere. After the agonizing wait, the company put the countdown clock back on ten minutes, declaring the New Shepard craft “go for launch” — while largely acting like nothing happened.

Then, seven minutes into that countdown, another hold of about a minute was called.

The company then finally retracted the rocket’s holding arms at around 10 am EST, successfully launching the capsule to an altitude of over 60 miles — although, it’s worth noting, still hundreds of miles short of being able to enter the Earth’s orbit.

Strikingly, the company didn’t give an official explanation as to why the launch was being delayed, leaving its live audience of over 13,000 on YouTube — and the company’s two commentators — guessing as well.

After the launch, a Blue Origin spokesperson told Futurism that “we identified a telemetry issue with the booster that required extra time to evaluate and clear.”

While it’s far from the first time a crewed rocket launch has faced a hold — in all fairness, 45 minutes isn’t that long — the company’s silence on what happened should give pause.