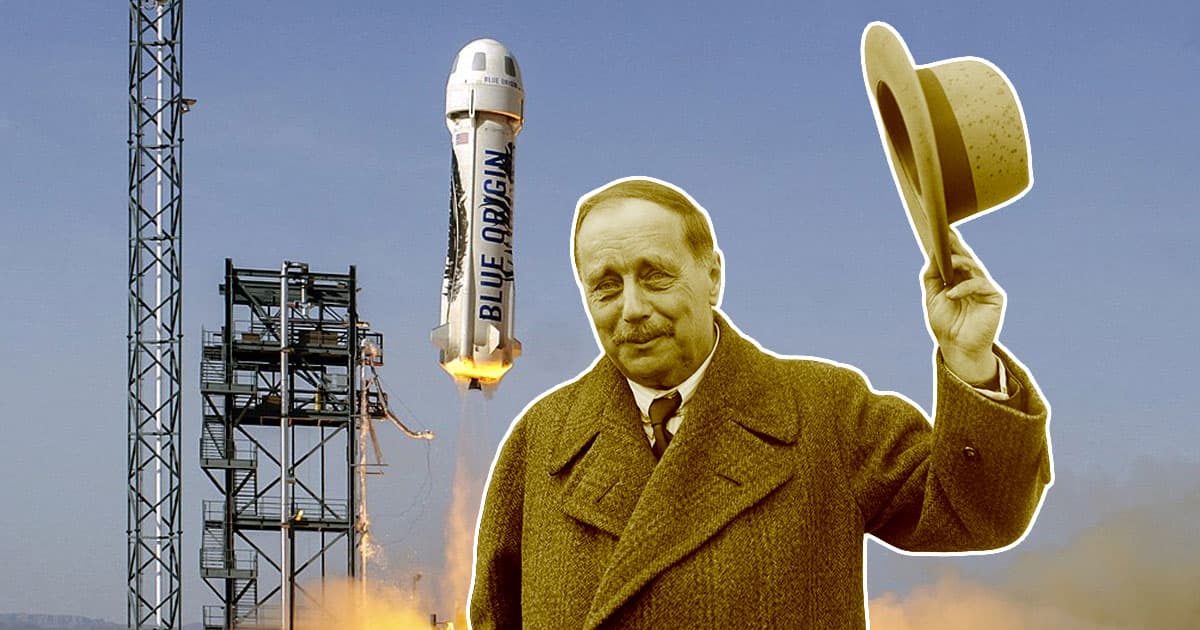 Does Jeff Bezos Know His Space Capsule Is Named After a Socialist?

When looking closely at a Blue Origin capsule, a former NASA scientist noticed something interesting — that the craft in question was named after a bona fide socialist.

The former agency scientist, Keith Cowing, pointed out that this morning's New Shepard mission launch — yes, the one where the booster failed in spectacular fashion — was using a capsule named after HG Wells. You know, the British writer famed for his politically-tinged science fiction — as well as for his personal politics, which veered sharply left, in striking contrast to those of Blue Origin boss Jeff Bezos.

Per the British Library, the "War of the Worlds" author "was a committed socialist whose political writing influenced, among other things, the 1948 Universal Declaration of Human Rights." It's unclear whether Bezos, the billionaire Amazon founder who's more or less the exact opposite of a socialist, is aware of the backstory on Wells — or, for that matter, whether he cares.

While fellow billionaire — and self-proclaimed socialist — Elon Musk tends to name his company's capsules after after inspirational-sounding words, like Endeavor and Resilience, Bezos has favored classic sci-fi authors with the HG Wells and Jules Verne capsules. Verne, the author of "10,000 Leagues Under the Sea," was also a socialist sympathizer.

More on Bezos: Jeff Bezos Says the FTC Is Being Vewy Vewy Mean