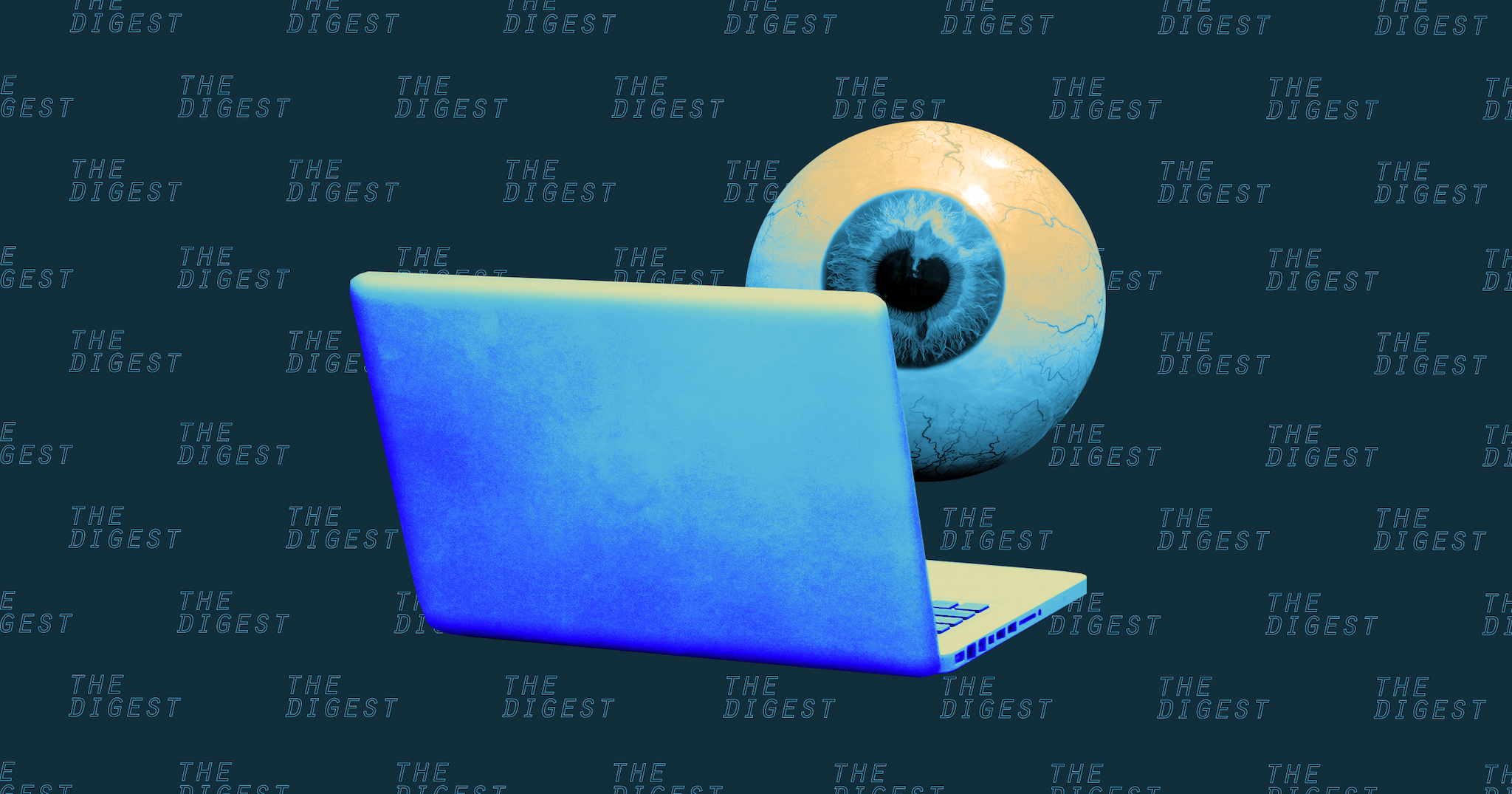 STEP AWAY FROM THE SCREEN. Sunlight contains all the colors of the light spectrum, from blue to red, and it's our primary source of blue light exposure. However, digital devices, such as computers, televisions, and smartphones, also emit blue light, and we spend an awful lot of time staring directly at those screens from a close distance. We also tend to turn to our devices at night, and that's when blue light is the most damaging.

Macular degeneration is essentially the death of the retina's photoreceptor cells. For their study, the researchers decided to target retinal molecules that photoreceptor cells need in order to sense light and send signals to the brain.

"You need a continuous supply of retinal molecules if you want to see," researcher Ajith Karunarathne said in a press release. "Photoreceptors are useless without retinal, which is produced in the eye."

A RAY OF HOPE. The news wasn't all bad. The researchers also discovered that alpha tocopherol, a molecule derived from Vitamin E, can prevent this cell death. They're hopeful that their research could lead to a treatment, such as eyedrops, that can slow macular degeneration.

"Every year more than two million new cases of age-related macular degeneration are reported in the United States," Karunarathne said. "By learning more about the mechanisms of blindness in search of a method to intercept toxic reactions caused by the combination of retinal and blue light, we hope to find a way to protect the vision of children growing up in a high-tech world."

Have Poor Vision? Let These Super Clunky Glasses Focus Your Eyes For You
6. 13. 18
Read More
Four Patients Test Retinal Implant That Could Stop Age-Related Blindness
4. 4. 18
Read More
China Is About to Begin the World's First Clinical Trial With Embryonic Stem Cells
6. 2. 17
Read More
+Social+Newsletter
TopicsAbout UsContact Us
Copyright ©, Camden Media Inc All Rights Reserved. See our User Agreement, Privacy Policy and Data Use Policy. The material on this site may not be reproduced, distributed, transmitted, cached or otherwise used, except with prior written permission of Futurism. Articles may contain affiliate links which enable us to share in the revenue of any purchases made.
Fonts by Typekit and Monotype.