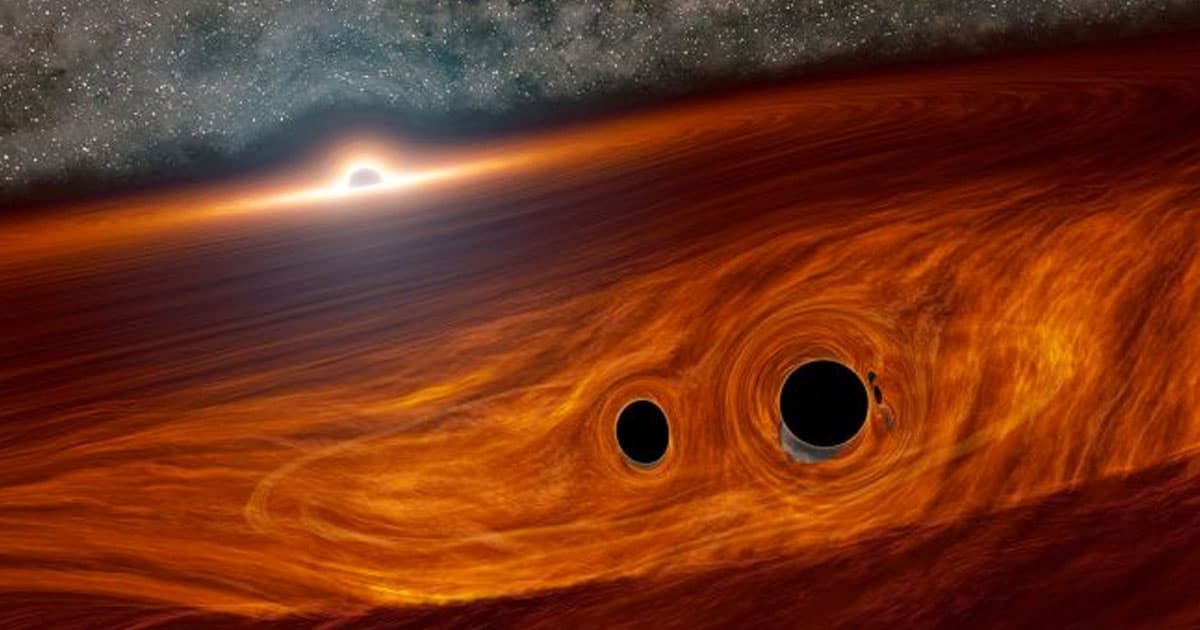 "This detection is extremely exciting," said a NASA astrophysicist.

"This detection is extremely exciting," said a NASA astrophysicist.

Astronomers tracked down what they think might be an extremely rare explosion in space: a powerful flash of light that they think came from a pair of merging black holes, almost like a gigantic cosmic emergency flare.

In May 2019, NASA astronomers picked up on the telltale gravitational waves given off by a black hole merger, Live Science reports. 34 days later, an observatory noticed the explosion coming from the exact same region of the sky. If the two are actually related — the astronomers aren't yet positive — it would mean NASA has unusual new data that could help explain the mysteries of black holes.

The explosion itself isn't unprecedented, but its underlying conditions are almost impossibly rare, Live Science reports. Based on the observatory's data, the scientists suspect that two comparatively-small black holes fused while they were both orbiting a supermassive black hole, according to research published Thursday in the journal Physical Review Letters.

The force of that merger, Live Science reports, sent the newly-merged black hole careening off, incinerating anything in the supermassive black hole's accretion disk in its wake.

The unlikely scenario presents an opportunity for astronomers to understand how and why black holes merge — but first they have to confirm that the explosion and merger are actually related.

"This detection is extremely exciting," NASA astrophysicist Daniel Stern said in a press release. "There's a lot we can learn about these two merging black holes and the environment they were in based on this signal that they sort of inadvertently created."