"The mass ratio is absolutely huge." 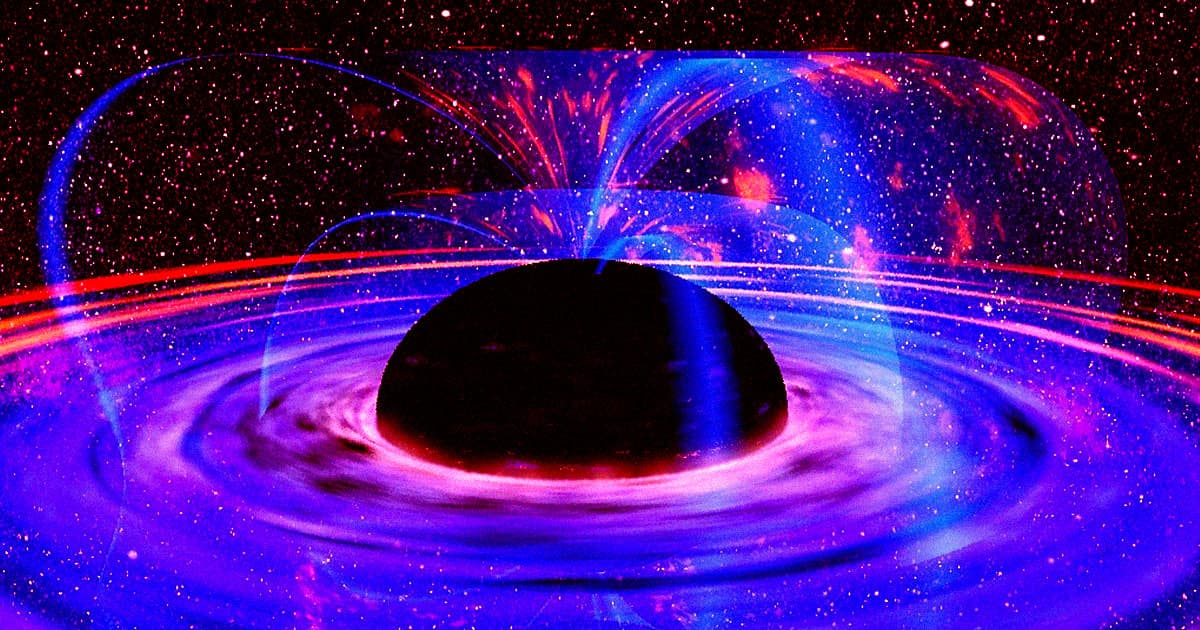 Astronomers from the University of Texas have spotted a gigantic black hole at the heart of our galaxy's many dwarf satellite galaxies — meaning that, in intergalactic terms, it's just a stone's throw away from our own Solar System.

The newly discovered black hole, dubbed Leo I, is roughly the same size as the suspected black hole at the center of the Milky Way.

It also appears to be a bit of an oddball. By measuring the gravitational pull it has on the stars surrounding it, the researchers found that it's absolutely massive compared to the size of its host galaxy.

The team used the VIRUS-W spectrograph attached to the McDonald Observatory's Harlan J. Smith Telescope in Texas, a highly sensitive instrument capable of spotting the velocities of stars in distant galaxies.

"The models are screaming that you need a black hole at the center; you don’t really need a lot of dark matter," UT astronomer Karl Gebhardt, co-author of the paper published in The Astrophysical Journal, said in a statement.

The more the gravitational pull, the faster the stars move. Their faster movement is believed to be an indication of higher concentrations of dark matter, the mysterious substance that many scientists think makes up the bulk of mass in the universe.

But what they didn't expect is that the tiny dwarf galaxy's black hole would be way more massive than expected.

In fact, current models come as a big hit to existing theories surrounding the evolution of galaxies, since "there is no explanation for this kind of black hole in dwarf spheroidal galaxies," UT Austin doctoral graduate and coauthor María José Bustamante said in the statement.

The discovery could force astronomers to rewrite how we understand the matter distribution inside galaxies.

"If the mass of Leo I’s black hole is high, that may explain how black holes grow in massive galaxies," Gebhardt said.

More on black holes: Scientists Say Mini-Black Holes May Have Smashed Into the Moon

Read This Next
Falling In
Objects We Thought Were Black Holes May Actually Be Wormholes, Scientists Say
Black Hole Snapshot
Scientists Release Image of Black Hole at Center of Our Galaxy
Sucking Atmospheres
Scientists Spot Ravenous "Vampire" Star Devouring Its Neighbor
EHT Tu, Black Hole
Astronomers Release Stunning New Image of Black Hole
Kill It With Fire
Astronomers Find Five Dozen Baby Black Holes in Distant Psychotic Chaos Galaxy
More on Hard Science
Horrible Geese
3:05 PM on futurism
Furious Geese Are Defeating Humans, Scientists Find
Quacks Like a Duck
Thursday on futurism
Those Headlines About Scientists Building a Wormhole Are Total Nonsense, People
It From Bit
Nov 22 on the byte
A Scientist Is Crowdfunding an Experiment to Check if We Live in a Simulation
READ MORE STORIES ABOUT / Hard Science
Keep up.
Subscribe to our daily newsletter to keep in touch with the subjects shaping our future.
+Social+Newsletter
TopicsAbout UsContact Us
Copyright ©, Camden Media Inc All Rights Reserved. See our User Agreement, Privacy Policy and Data Use Policy. The material on this site may not be reproduced, distributed, transmitted, cached or otherwise used, except with prior written permission of Futurism. Articles may contain affiliate links which enable us to share in the revenue of any purchases made.
Fonts by Typekit and Monotype.