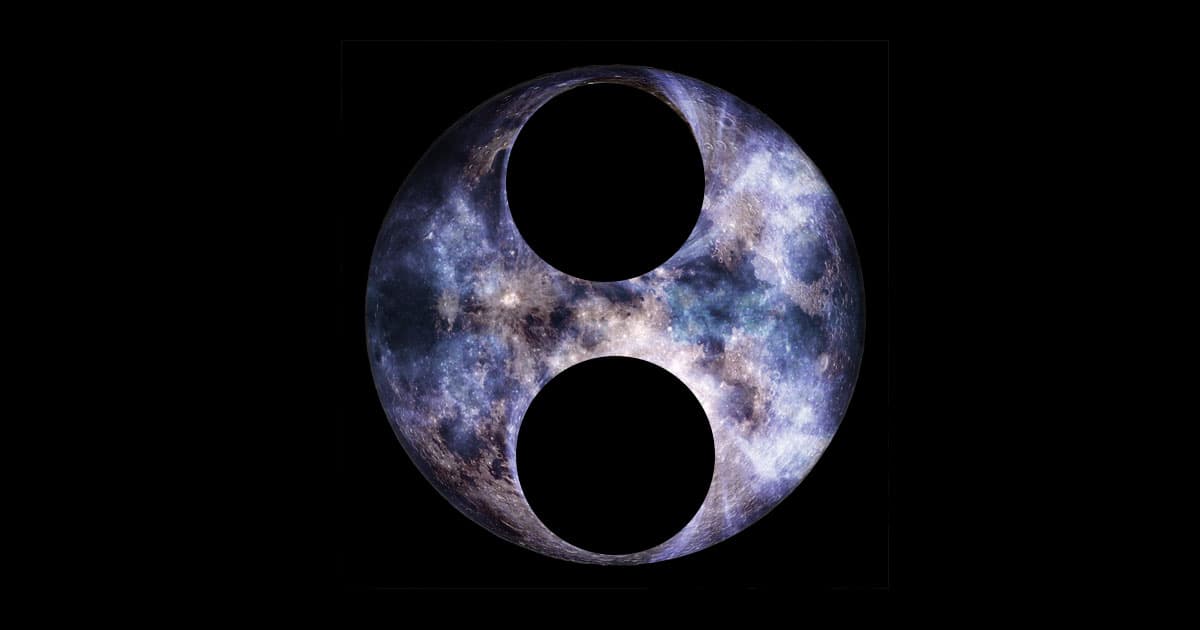 Scientists Say Mini-Black Holes May Have Smashed Into the Moon

A team of researchers say that the Moon is peppered with craters from miniature black holes — and they may reveal some breakthrough insights on dark matter.

The scientists, who published a paper of their findings in the Monthly Notices of the Royal Astronomical Society, believe that swarms of atom-sized black holes formed shortly after the Big Bang. As these hyper-dense objects traveled throughout the cosmos, they began to spread out — and likely arrived to our solar system, where they claim they probably punctured the Moon.

The study's authors add that these mini-black holes likely smashed into other celestial bodies as well, including the Earth. Due to the Moon's thin atmosphere, though, it wasn't as well-guarded against collisions as our world.

"In principle, there's nothing special about the Moon — the only reason we invoke the Moon is because it's well studied," Almog Yalinewich, a physicist at the Canadian Institute for Theoretical Astrophysics and co-author of the paper, told CNET. "Some of the moons of Neptune and Jupiter, or Mercury, could be good candidates."

The paper’s authors believe that evidence of these miniature black holes could shed light on dark matter, the elusive stuff that many physicists believe accounts for the majority of matter in the universe.

Some scientists believe that dark matter is made up of "black holes formed from density fluctuations in the early universe," according to the paper. As such, if mini-black holes from the beginning of the universe did puncture the Moon, they could have left evidence of dark matter behind — and altered the properties of any light matter they came into contact with.

"You could look for dust of different quartz phases and silicates that you wouldn't be able to produce [otherwise]," Matt Caplan, assistant professor of physics at Illinois State University and co-author of the study, told CNET. "Rock smashing into rock doesn't get that hot."

The researchers believe that future manned missions to the Moon, such as NASA’s upcoming Artemis program, will hopefully allow them to find and study these craters — and finally shed light on the mysterious nature of dark matter.

More on black holes: New Paper Claims That Yes, You Could Climb Through a Wormhole to a Distant Galaxy

Walled Up
Scientists Say Space Is Filled With Invisible Walls
May 12
Read More
Black Hole Snapshot
Scientists Release Image of Black Hole at Center of Our Galaxy
May 12
Read More
Turn Back Time
Scientists Say There May Be a Mirror Universe in Which Time Runs Backwards
Mar 17
Read More
+Social+Newsletter
TopicsAbout UsContact Us
Copyright ©, Camden Media Inc All Rights Reserved. See our User Agreement, Privacy Policy and Data Use Policy. The material on this site may not be reproduced, distributed, transmitted, cached or otherwise used, except with prior written permission of Futurism. Fonts by Typekit and Monotype.