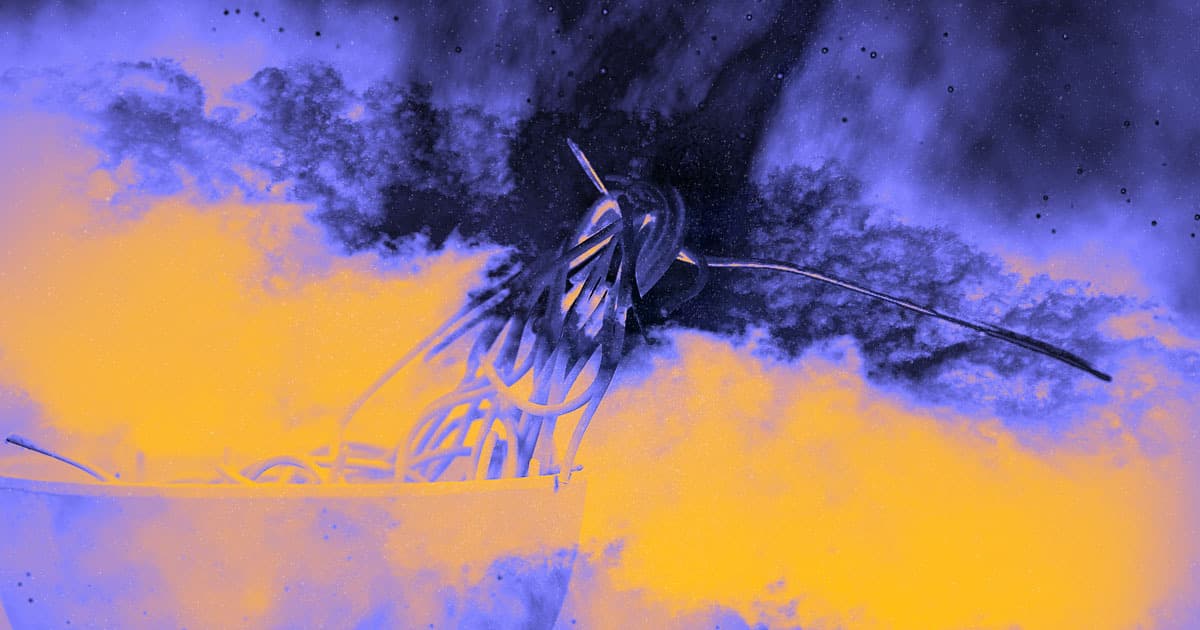 "The idea of a black hole 'sucking in' a nearby star sounds like science fiction. But this is exactly what happens in a tidal disruption event."

"The idea of a black hole 'sucking in' a nearby star sounds like science fiction. But this is exactly what happens in a tidal disruption event."

If you're ever having a bad day, just remember that the Sun has never drifted too close to a black hole and gotten sucked into it like a giant noodle of star stuff, in a horrible cosmic reenactment of that one scene in "Lady and the Tramp."

But that's exactly what happened, scientists say, to a star about 215 million light-years from Earth. It got too close to a black hole, and got devoured in a process that scientists — we kid you not — call "spaghettification."

"The idea of a black hole 'sucking in' a nearby star sounds like science fiction. But this is exactly what happens in a tidal disruption event," said lead author Matt Nicholl, a lecturer and Royal Astronomical Society research fellow at the University of Birmingham, in a statement about the finding. "We were able to investigate in detail what happens when a star is eaten by such a monster."

As the star material fell into the black hole, according to observations from instruments at the European Southern Observatory, much of it blasted back outwards in a pair of extraordinary jets facing in opposite directions.

The team, who published their findings in the journal Monthly Notices of the Royal Astronomical Society, even created a simulation of what the horrific event would look like from up close.

Chillingly, the researchers say, the star that was devoured in the event was similar in size to our own — though the black hole that ate it was flabbergastingly more massive.

"The observations showed that the star had roughly the same mass as our own Sun, and that it lost about half of that to the black hole, which is over a million times more massive," said Nicholl in the statement.

More on black holes: Researchers: Some Black Holes May Contain a “Fractal Universe”