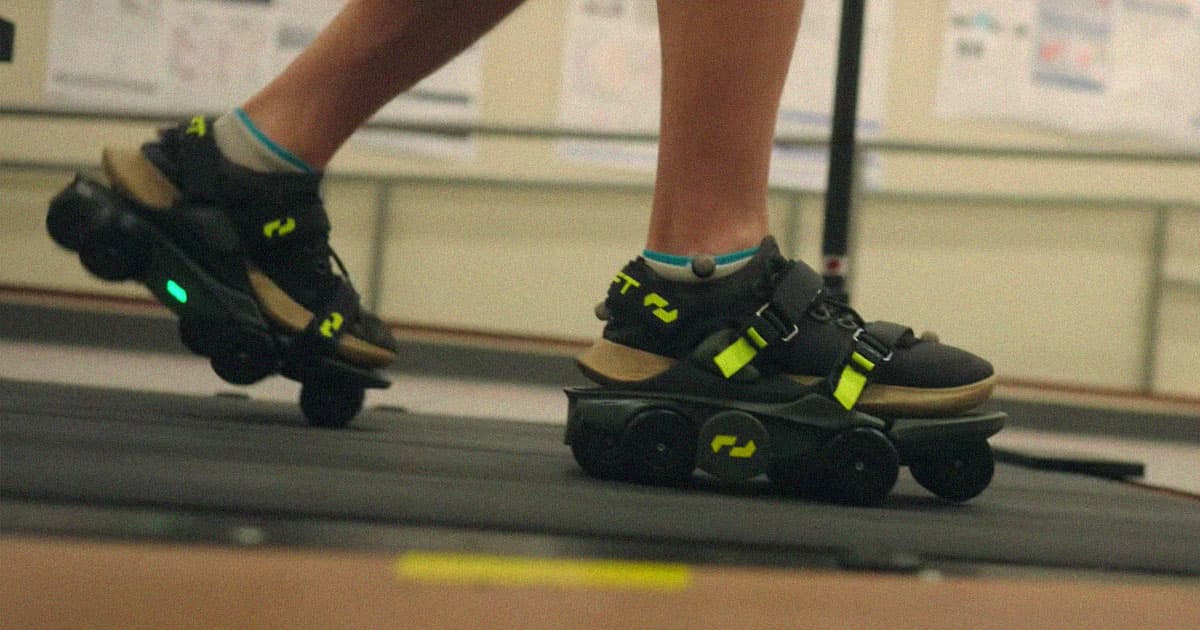 These "Moonwalkers" are not an April Fool's joke.

These "Moonwalkers" are not an April Fool's joke.

A company founded by a team of Carnegie Mellon robotic engineers called Shift Robotics claims its Moonwalkers, a dorky-looking pair of shoe attachments, will increase your walking speed by up to 250 percent.

In other words, you might stand a chance to get away from the school bullies once get they get a whiff of your strange new kicks.

And no, this isn't an April Fool's joke. The company literally likens their new invention to the dawn of the space age in a flashy marketing video.

"The way we walk is stuck in the past," a voiceover says. "It's time to bring it up to speed."

But after a quick perusal of their Kickstarter, we've got some serious doubts about the Moonwalkers' ability to usher in a new era in transportation.

The company claims its Moonwalkers are "the world's fastest shoes." In essence, they appear to be an unorthodox mashup of rollerblades and wheelies, featuring six wheels on each foot that allow its wearer to get just a little further with each step.

These wheels don't spin freely — thanks to a sophisticated "AI drivetrain," the wheels will carry you much further, but only at the right time, meaning that you won't be spinning out uncontrollably.

"The learning curve is typically under ten steps," the company claims on its Kickstarter page. "To walk faster, you just walk faster. To slow down, walk slower. To stop, well, you stop walking."

In this case, "faster" means a top speed of 7 mph. A single battery charge will also only last about six miles.

Did we mention the company is hoping to sell these for $1,400 per pair?

In short, we just can't wrap our heads around why this product needs to exist in a world of a million seemingly better alternatives.

What can the Moonwalkers do that a pair of roller blades can't do? They're faster, arguably better looking — the Moonwalkers set the bar pretty low in the looks department — and cost a fraction of the price.

Besides, humans already have a great option to move faster: it's called running, and you don't need to fund a Kickstarter to join in on the fun.