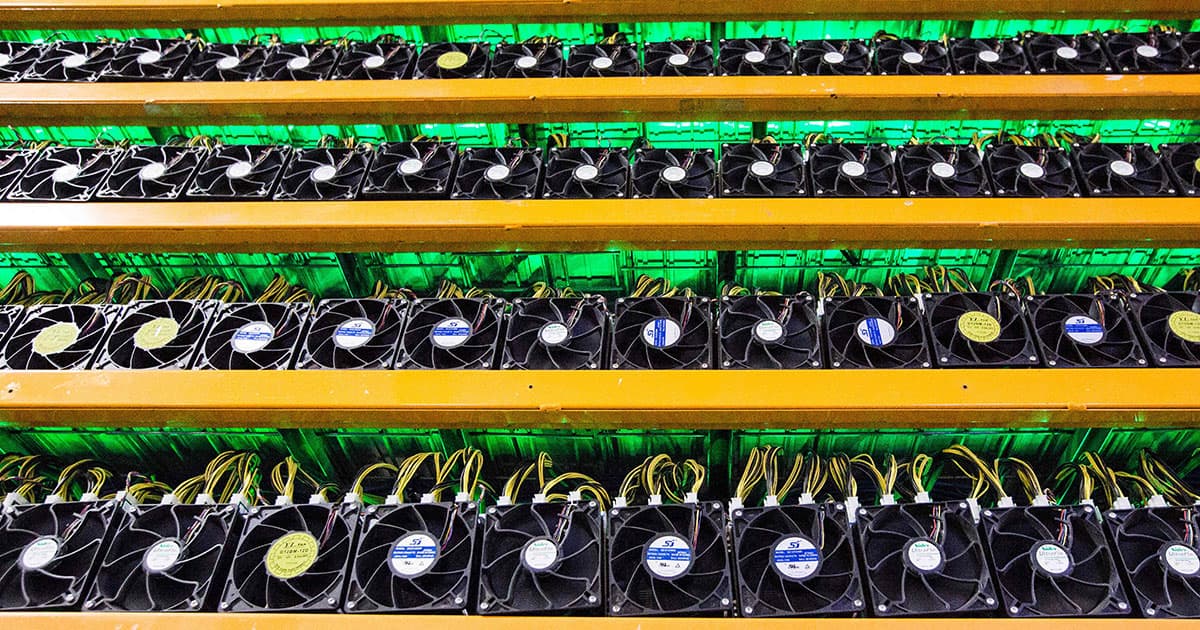 According to Tom's Hardware, the company had to sell off 25,200 of its mining rigs to clear $67.4 million in debt — a tacit admission that, at least in the short term, the hardware to generate crypto is now more expensive than the expected mining return.

The move could foreshadow things to come. The value of crypto has absolutely tanked this year, wiping out 59 percent of its value in the last six months alone. And many industries, including the formerly very profitable crypto mining sector, are now feeling the heat.

It's far from game over for Stronghold, though. The company still has 16,000 mining rigs, sucking up 50 to 55 megawatts of power, according to Tom's Hardware.

Technically, it even has the capacity to generate 165 megawatts of power across the power generators it operates. The downside: two of those plants burn coal refuse, which is a byproduct of mining operations.

Crypto is often drawn to dirty, cheap power. There are even a handful of crypto companies looking to revive dying coal plants.

So what's next? According to Tom's Hardware, Stronghold is hoping to weather the storm and make some key purchases once crypto markets perk up again.

But the downturn of major cryptocurrencies like Ethereum and Bitcoin have proven to be pretty persistent. The two tokens fell 18 and 13 percent in value last week alone.

That means that the once highly-sought-after hardware used by the likes of Stronghold to mine crypto isn't nearly as desirable as it once was, with prices of graphics cards in particular dropping substantially.

While that price drop may come as a boon for gamers, it's bad news for crypto mining operations that are now struggling to recoup their losses however they can.

More on mining: Texas Paid Crypto Mining Company Millions to Not Mine Crypto

Tulip Fever
Dutch Startup Mining Bitcoin to Grow Tulips, and We Can't Tell If They're Joking
12. 12. 22
Read More
Crypto Inferno
Bitcoin Mining as Bad for Planet as Oil Drilling, Scientists Say
10. 1. 22
Read More
BTC Wars
Guy Claims He Invented Bitcoin But Then "Stomped on the Hard Drive" Containing Proof
9. 17. 22
Read More
+Social+Newsletter
TopicsAbout UsContact Us
Copyright ©, Camden Media Inc All Rights Reserved. See our User Agreement, Privacy Policy and Data Use Policy. The material on this site may not be reproduced, distributed, transmitted, cached or otherwise used, except with prior written permission of Futurism. Articles may contain affiliate links which enable us to share in the revenue of any purchases made.
Fonts by Typekit and Monotype.