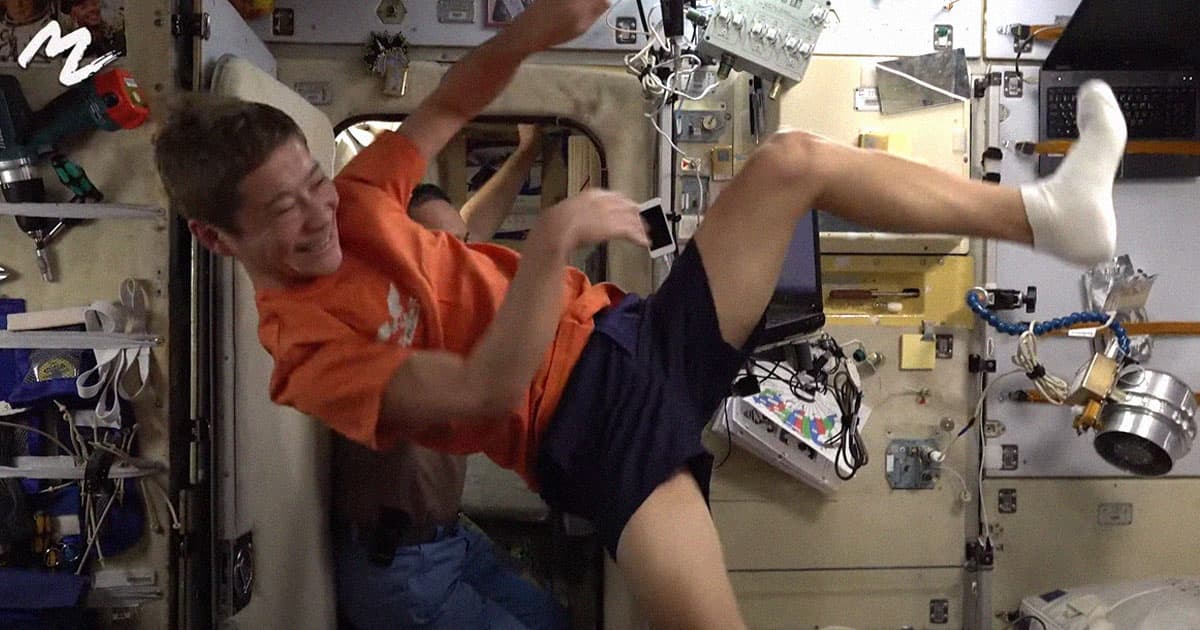 Billionaire Playboy Shares Video of Himself Frolicking in Outer Space

Billionaire Yusaku Maezawa is having a blast on board the International Space Station.

The wealthy Japanese space tourist recently launched into orbit on a Soyuz spacecraft for a 12-day vacation on the orbital outpost. It may be a warmup for his eventual journey on board a SpaceX Starship around the Moon — but that doesn't mean he can't have a little fun this time around.

In a new YouTube video, the entrepreneur can be seen "playing around in zero gravity." He frantically waves his arms and legs around to see if he can regain his composure. It's admittedly a bit silly — but who hasn't dreamed of drifting around in microgravity?

The entrepreneur elaborated on the strangeness of finding yourself without a gravitational tether.

"Because there's no gravity, I really have no sense of direction, so whenever I bump into something, I have no idea which side of my body it is that's been hit," he said.

Maezawa also took the opportunity to wax poetic about life back on Earth.

"This whole evolution of life was created in 1G gravity," he told the cameraman.

"To think that humans, who are on the very top of that pyramid of life, are going to space to find its roots and to experience zero gravity... is not something you can explain in words," he added after doing a backflip.

More on the billionaire: Billionaire Playboy on Space Vacation Says He's Giving Away Money to Mere Earthlings, From Orbit