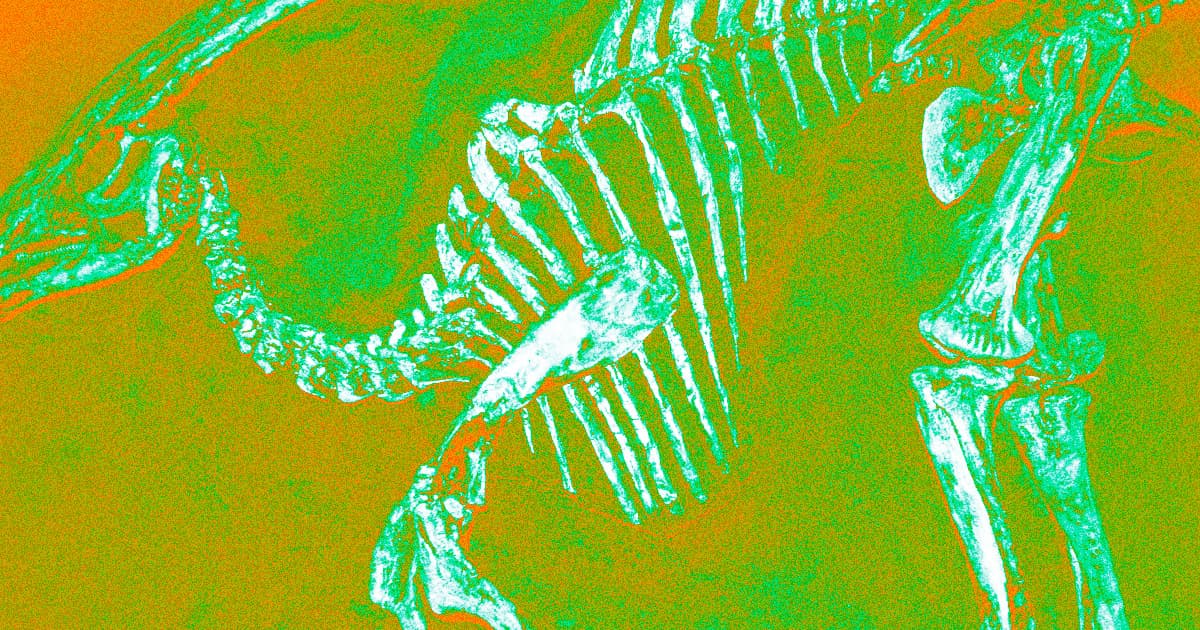 Earlier this week, news broke that a team of European scientists (who may or may not have ever pretty much any zombie movie ever made) had unthawed an ancient "zombie virus," discovered beneath a frozen Siberian lake. The report went viral, with netizens (who presumably have seen zombie movies) poking obvious fun at the fact that unfreezing ancient zombie viruses sounds like a cinematically horrible idea.

Billionaire private astronaut Jared Isaacman, on the other hand? He's not scared. In fact, he's inspired.

"Let's go for the dinosaurs next and really make things interesting," Isaacman wrote in a tweet, adding a T-Rex emoji for good measure.

Of course, Isaacman is referencing the iconic Jurassic World franchise, the moral of which is famously that ancient DNA definitely shouldn't be used to resurrect extinct beings. And while the Polaris Program founder is almost definitely kidding about dinosaur recovery, billionaires and high-powered tech entrepreneurs really, really love to toy with the concept — enough so that we're almost definitely laughing.

And to be fair, an Isaacman initiative to recreate Jurassic Park doesn't exactly not make sense.

The billionaire thrillseeker has seemingly been making moves to distinguish himself from his reputation as a random space tourist, recently announcing plans to partner with NASA to service the aging Hubble telescope. Good for him, but maybe he'd do well to find something a little flashier to set himself apart from the rest of the cosmically-inclined billionaire pack. And considering that SpaceX founder Elon Musk has already called dibs on Mars? A real-life Jurassic Park would be a high-impact — if Earthly — tour de force.

We kid, but in all seriousness, this is the tech industry, an arena in which the lines between science and science fiction are all too easily blurred, and that blurring is most commonly — and often most willingly — done by the people building new technologies, let alone the folks with pockets deep enough to fund them. Isaacman probably doesn't want to build Jurassic Park. But again, heavy emphasis on the probably.