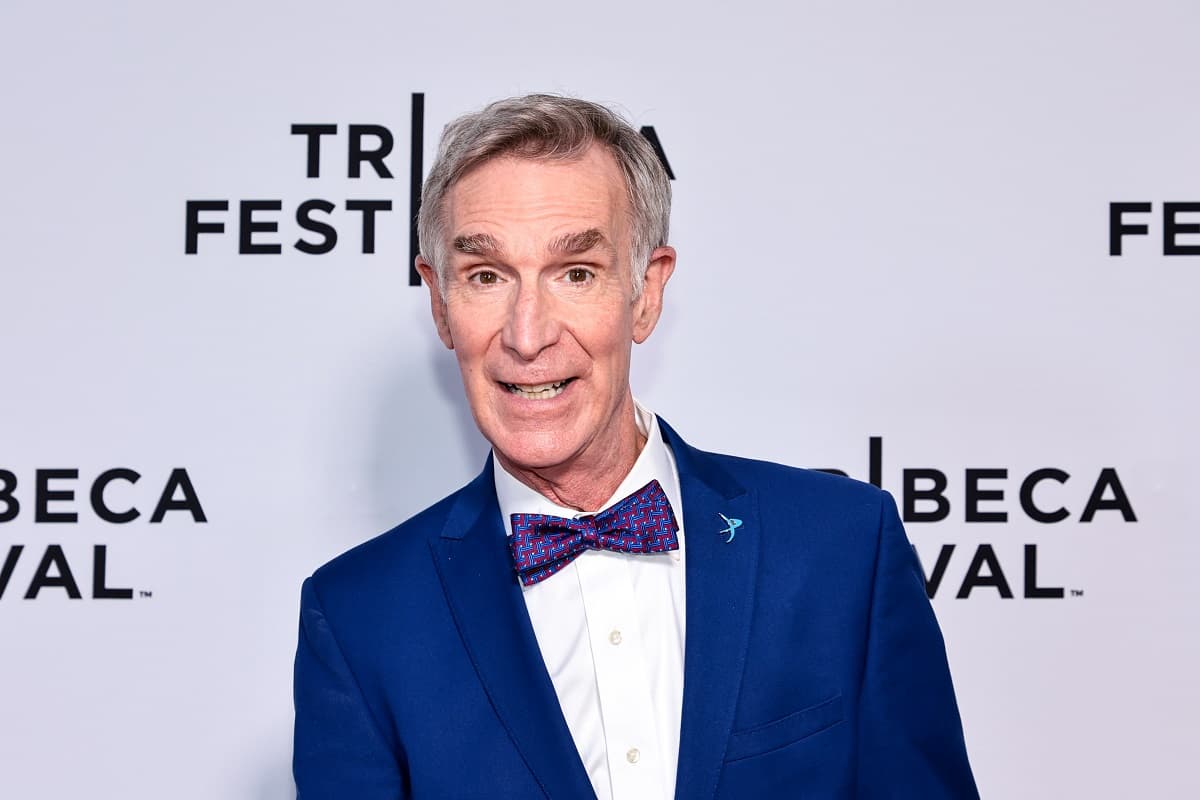 Bill Nye Just Got Married, and Their Love Story Is Beautiful

And you'll never guess who officiated the wedding.

And you'll never guess who officiated the wedding.

He was reportedly married late last month, to former Washington Post journalist and New York Times best-selling author Liza Mundy. People Magazine got an exclusive look at the wedding, which was officiated by none other than Robert Picardo, actor of "Star Trek" fame. Naturally.

Nye and Mundy's love story began, as so many modern love stories do, with a simple email exchange.

Mundy had recently published her New York Times bestselling book Code Girls, according to People: "The Untold Story of the American Women Code Breakers of World War II." In it, she highlighted Nye's very badass mother, Jacqueline Jenkins-Nye, a cryptanalyst who helped the Allied powers decipher German and Japanese information systems during the second World War.

When he found out about the book, Nye sent Mundy a message, and their connection grew from there.

The ceremony took place at the Smithsonian, and a source described the couple's self-written vows to People as "equal parts moving and comical." Feels on-brand!

We also would like to point out that the bride reportedly wore "sparkly sneakers" to the reception, where the two shared a first dance to Sam Cooke's classic "What a Wonderful World." Seeing as how these two seem committed to building exactly that, we wish all the best to the happy couple.

More on weddings: Couple Gets Engaged at Site of Chernobyl Nuclear Meltdown

Bill Nye: "I Predict No One Is Going To Want To Settle on Mars"
12. 20. 17
Read More
Bill Nye: This is The Technology We Can Expect to Have 50 Years From Now
2. 5. 17
Read More
Big Boi
Epic Artemis Video Shows the Astonishing Size of the Moon
4:21 PM
Read More
+Social+Newsletter
TopicsAbout UsContact Us
Copyright ©, Camden Media Inc All Rights Reserved. See our User Agreement, Privacy Policy and Data Use Policy. The material on this site may not be reproduced, distributed, transmitted, cached or otherwise used, except with prior written permission of Futurism. Articles may contain affiliate links which enable us to share in the revenue of any purchases made.
Fonts by Typekit and Monotype.