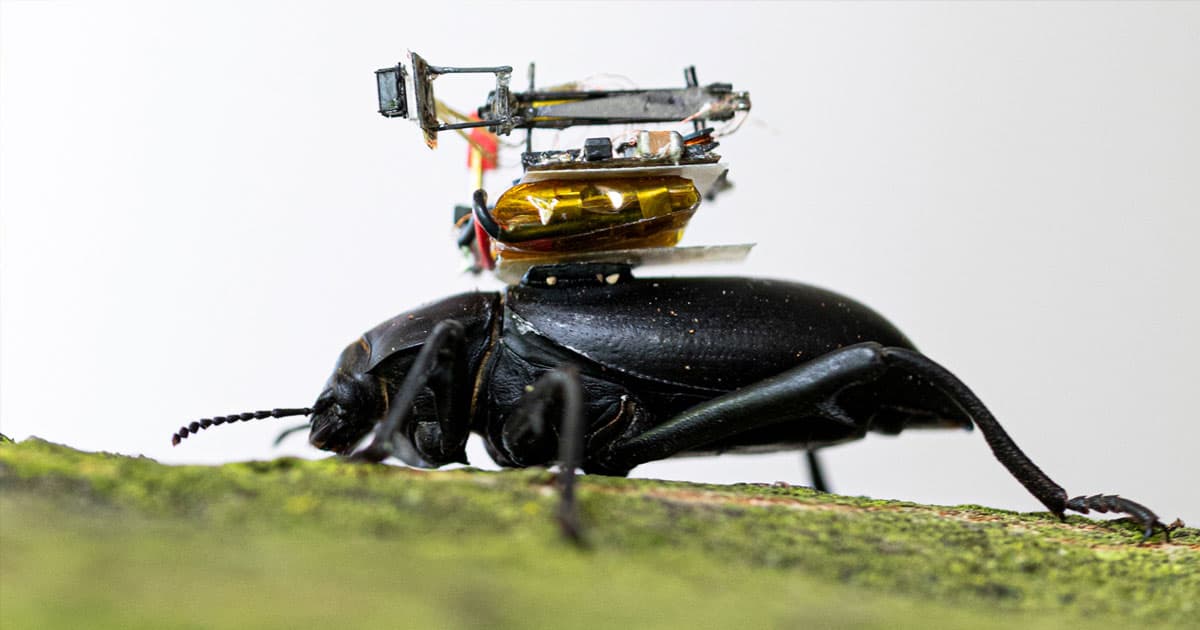 Scientists Build Tiny Camera For Beetles to Carry Around

Oh, to be a beetle wearing a Beetlecam.

Oh, to be a beetle wearing a Beetlecam.

To get a first-hand look at the daily life of insects, scientists built a tiny camera they can mount on a beetle using a lilliputian backpack.

The Beetlecam (our name, not theirs) comes from the computer science department of the University of Washington, who were tasked with designing a camera light enough to not interrupt a bug's daily routine but powerful enough to stream live footage to a smartphone. The result, Gizmodo reports, is a teeny robotic rig that grants real-time access to a bug's view of the world.

The main challenge the team had to overcome was building a camera small enough to be carried by the death-feigning and Pinacate beetles — both of which Gizmodo reports are known for carrying things up steep inclines — and making the camera powerful enough to be worth using in the first place.

Even a smartphone's built-in camera would be too heavy, so the scientists took inspiration from insects themselves, according to research published Wednesday in the journal Science Robotics. Like a fly's compound eyes, the Beetlecam has a wide field of vision but only a small range in which the image is particularly sharp.

The resulting footage is about as good as you'd expect from a beetle-friendly backpack. Gizmodo reports that the black-and-white footage streams between just one and five frames per second.

Looking forward, Gizmodo reports that the researchers may someday do away with the beetle part of the Beetlecam altogether, with bug-sized surveillance robots. We, needless to say, prefer spying on bugs instead.