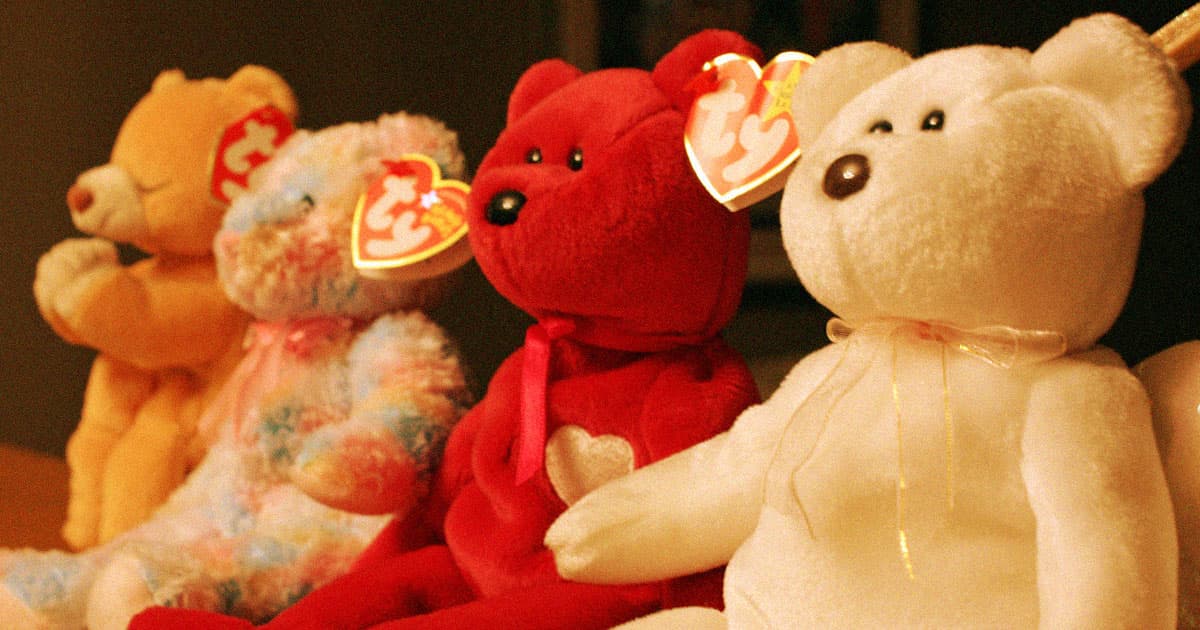 In Proof That Irony Is Dead, People are Trying to Make Beanie Babies NFTs

"There’s a lot of parallels between what’s going on with NFTs now versus Beanie mania in the 90s."

"There’s a lot of parallels between what’s going on with NFTs now versus Beanie mania in the 90s."

Remember the Beanie Babies craze of the 90s, when people thought their plush stuffed animals would appreciate in value and make them millionaires?

As it turns out, collectors are still going nuts over the little animals, but this time, some are hoping to turn them into NFTs.

It's history repeating itself, in other words: a flourishing market of gimmicky toys maturing into, well, its logical 21st century conclusion.

The parallels between the two phenomena hasn't gone over the heads of collectors.

"There’s a lot of parallels between what’s going on with NFTs now versus Beanie mania in the 90s," Beanie Babies collector Arthur Suszko, who is trying to create Beanie Babies NFTs, told Vox.

With that amazing insight, Suszko is in the process of setting up a company that would allow people to buy the ownership rights over physical Beanie Babies in the form of an NFT.

"It’s a merger of my childhood dreams and modern passions coming together," he told the publication.

The 90s Beanie Babies craze may still be alive today, but it's a mere shadow of what it once was. While some stuffed toys that used to retail for $5 are still being bought for over $1,000 according to Vox, the plushies are simply not changing hands very much these days.

Worse yet, Beanie Babies scams are around every corner on the internet. To anybody following the NFT saga, that should sound pretty familiar.

Will Suszko's NFT marketplace experience the same fate? Even he isn't exactly convinced there's a bright future ahead for the digital tokens.

"Nobody’s going to care about random jpegs that might be selling for hundreds of thousands of dollars right now," he told Vox.

More on NFTs: Startup Will Store Precious Artifacts in Vault Aboard the International Space Station