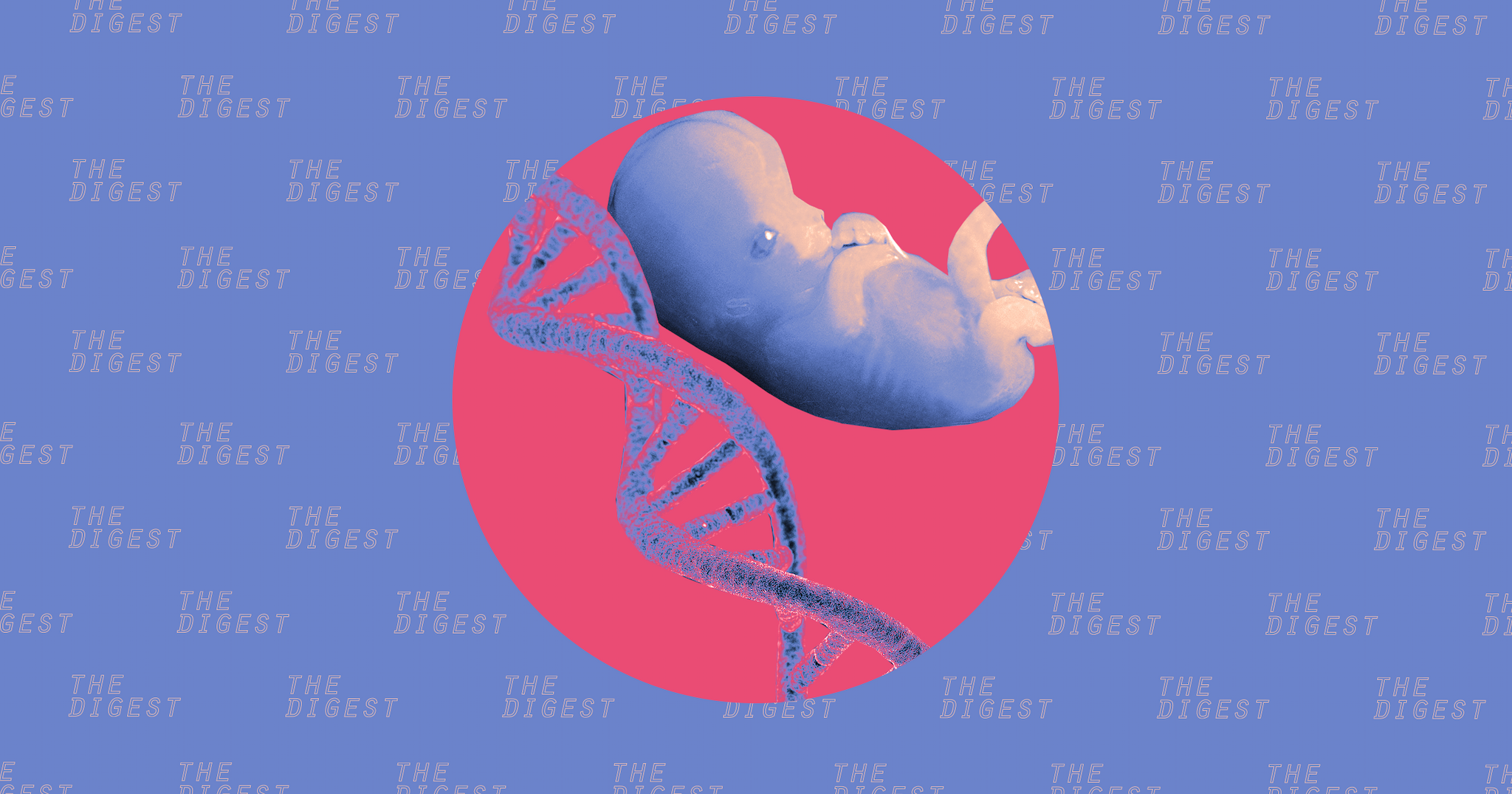 IMPROVED ODDS. A new CRISPR technique could prevent humans from passing on a potentially life-threatening disorder, according to Chinese researchers.

An estimated 1 in 5,000 people across the globe suffers from Marfan Syndrome, a genetic disorder that affects the body's connective tissue. The disorder can cause issues throughout the body, from the heart to the eyes to the brain, and some of those issues can be fatal.

If a person has Marfan Syndrome, there's a 50 percent chance their child will too. But according to a new study published in Molecular Therapy, CRISPR might be able to improve those odds.

THE OLD WAY. Typically, CRISPR works a lot like a word processor's cut and paste function; a researcher can use the tool to target a specific spot in an organism's genetic code, cut the DNA strands, and either insert a new gene into the gap or let the strands repair themselves.

Unfortunately, past research has shown that these cuts to both strands of DNA can produce unwanted edits and potentially even cause cancer.

The Chinese researchers didn't use CRISPR in the typical way, though. Instead, they tried something called "base editing," a technique that scientists have known about since 2016. With base editing, the CRISPR system simply changes one DNA letter to another (for example, swapping an A for a G). Previous studies have shown that base editing appears to cause fewer unwanted edits than the traditional method. But they weren't sure it would work on human DNA.

THE BETTER WAY? The researchers behind the current study decided to test base editing on the mutation that causes Marfan Syndrome, because all it should take to correct it is changing the G in the FBN1 gene to a healthy A.

And it mostly seemed go as planned. According to the study, the researchers were able to correct the mutation that causes Marfan Syndrome in 18 viable human embryos — embryos created by joining a sperm and an egg that doctors could conceivably implant into a person to induce pregnancy.

Two of the embryos, however, exhibited unintended changes — a C changed to a T. But the researchers are still cautiously optimistic.

“Overall, this pilot study provided proof of concept, and opened the potential of base editing-based gene therapy,” researcher Xingxu Huang of ShanghaiTech University told STAT. “Nevertheless, there is still a long way to go to use it in IVF clinics.”