CRISPR Could Help Us Cure Diseases. It Could Also Cause Cancer. 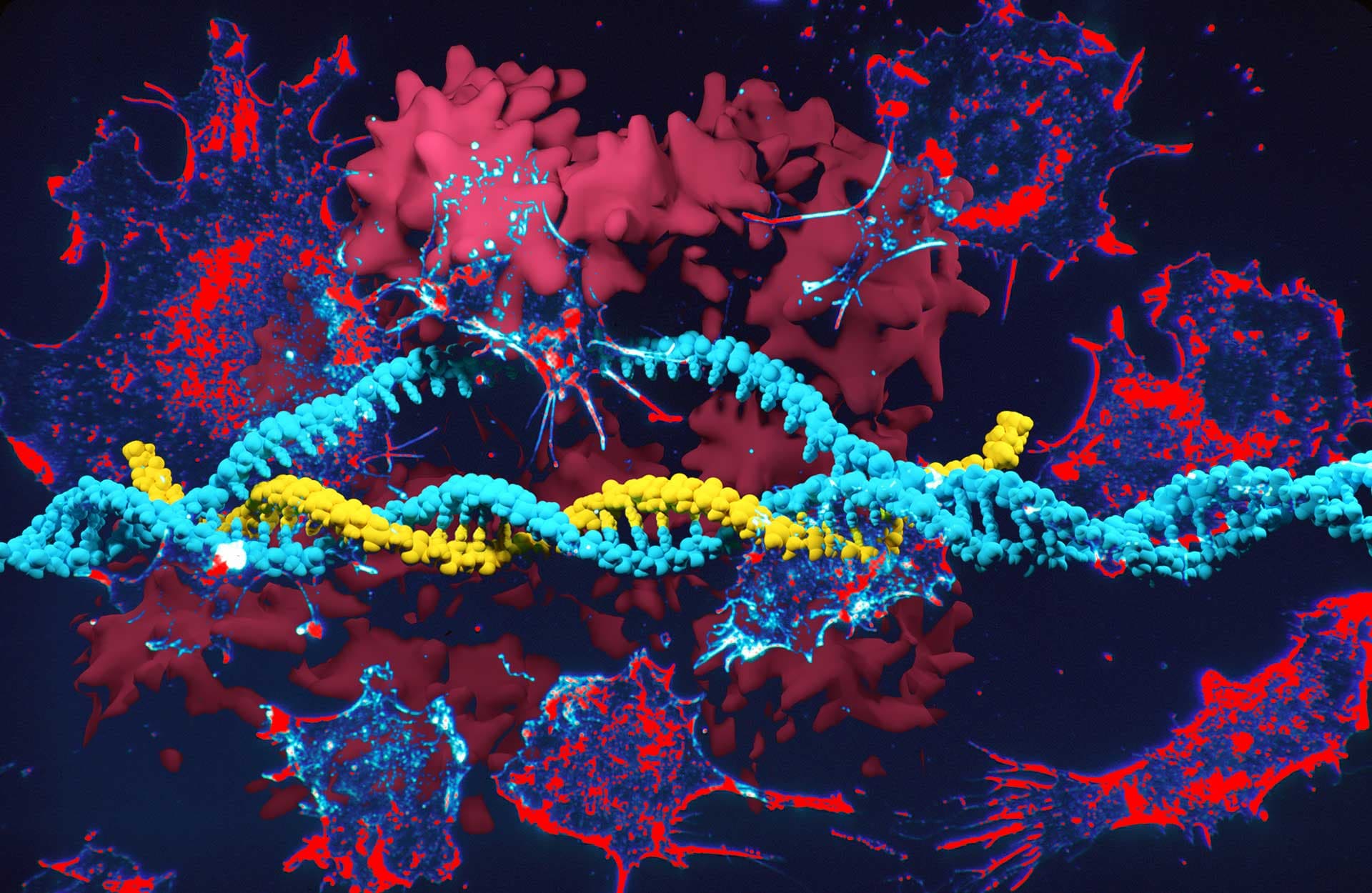 You know already about the promise for CRISPR-Cas9 — it might revolutionize fields from medicine to agriculture.

That's the takeaway from two new studies, published Monday in Nature Medicine. Both studies, one by Novartis and the other by the Karolinska Institute, focus on the gene p53, known to play a major role in tumor prevention by killing cells with damaged DNA. According to past research, most human tumors simply can't form if p53 is working properly — some researchers refer to it as the "guardian of the genome."

Unfortunately, p53 is also something of a natural defense against the kinds of changes to the genome made by CRISPR-Cas9. When researchers use CRISPR-Cas9 to snip and replace some DNA, p53 jumps into action, causing the edited cells to self-destruct. This renders the CRISPR edit essentially moot, which could explain why CRISPR isn't terribly efficient.

Here's the issue. When a CRISPR-Cas9 edit does stick, that could mean the cell's p53 isn't functioning the way it's supposed to. And dysfunctional p53 may be a precursor to a host of cancers, such as those in the ovaries, colon and rectum, and the esophagus.

“By picking cells that have successfully repaired the damaged gene we intended to fix, we might inadvertently also pick cells without functional p53,” Emma Haapaniemi, one of the authors of the Karolinska study, said in a press release. “If transplanted into a patient, as in gene therapy for inherited diseases, such cells could give rise to cancer, raising concerns for the safety of CRISPR-based gene therapies.”

But don't worry, the CRISPR revolution is far from over.

First: these are very early-stage studies presenting "preliminary results,” as biochemist Bernhard Schmierer, co-leader of the Karolinska study, told STAT News. “It is unclear if the findings translate into cells actually used in current clinical studies,” he added.

Second, the studies focus on just one type of CRISPR edit: replacing disease-causing DNA with healthy DNA ("gene correction") using CRISPR-Cas9. While Cas9 is the most well-known CRISPR enzyme, there are others — Cpf1, for example — and we don't yet know if they'd cause the same issues with p53.

We can also use CRISPR to simply knock out disease-causing DNA without replacing it ("gene modification"). This type of edit can stick even when p53 is functional, Haapaniemi noted. That's the type of genetic change at the center of a number of high-profile CRISPR projects: CRISPR Therapeutics’ sickle-cell and thalassemia trials, Editas Medicine’s research to address blindness, and the University of Pennsylvania's tumor-targeting T-cell research — the first trial of CRISPR in humans in the U.S.

The authors of the two new studies admit their research doesn't mean CRISPR-Cas9 is "bad or dangerous." We just need to proceed with caution.

Unfortunately, the finer details of these studies appear lost on the people holding the purse strings — a number of CRISPR-focused companies saw shares fall sharply following the studies' release. Clearly, any link to the Big C is a big problem for CRISPR researchers, no matter how tenuous it might be.

Read This Next
Great Apes
Could We Gene Hack Ourselves to Be Blissed Out Sex Maniacs, Like Our Distant Cousins the Bonobos?
Sounds Controversial
Five Couples Agree to CRISPR Their Babies to Avoid Deafness
Pointless Procedure
CRISPR Baby Experiment Meant to Prevent HIV Might Not Even Work
Gene Editing Ban
Experts Call for Temporary World Ban on Gene-Hacked Children
Big Brain
Scientist Who Gene-Hacked Babies "Likely" Boosted Their Brainpower
More on Enhanced Humans
Brain Transparency
Feb 3 on futurism
Duke Professor Welcomes the "Promising" Future of Employers Reading Your Brain
Brain-Computer Im...
Jan 3 on the byte
Neuralink Cofounder Says New Company's Eye Implant Could Be "Ultimate" VR Tech
Eyes Have It
12. 30. 22 on futurism
Meet the Neuralink Cofounder Who Left and Started a Competitor That's Now Rapidly Catching Up
READ MORE STORIES ABOUT / Enhanced Humans
Keep up.
Subscribe to our daily newsletter to keep in touch with the subjects shaping our future.
+Social+Newsletter
TopicsAbout UsContact Us
Copyright ©, Camden Media Inc All Rights Reserved. See our User Agreement, Privacy Policy and Data Use Policy. The material on this site may not be reproduced, distributed, transmitted, cached or otherwise used, except with prior written permission of Futurism. Articles may contain affiliate links which enable us to share in the revenue of any purchases made.
Fonts by Typekit and Monotype.