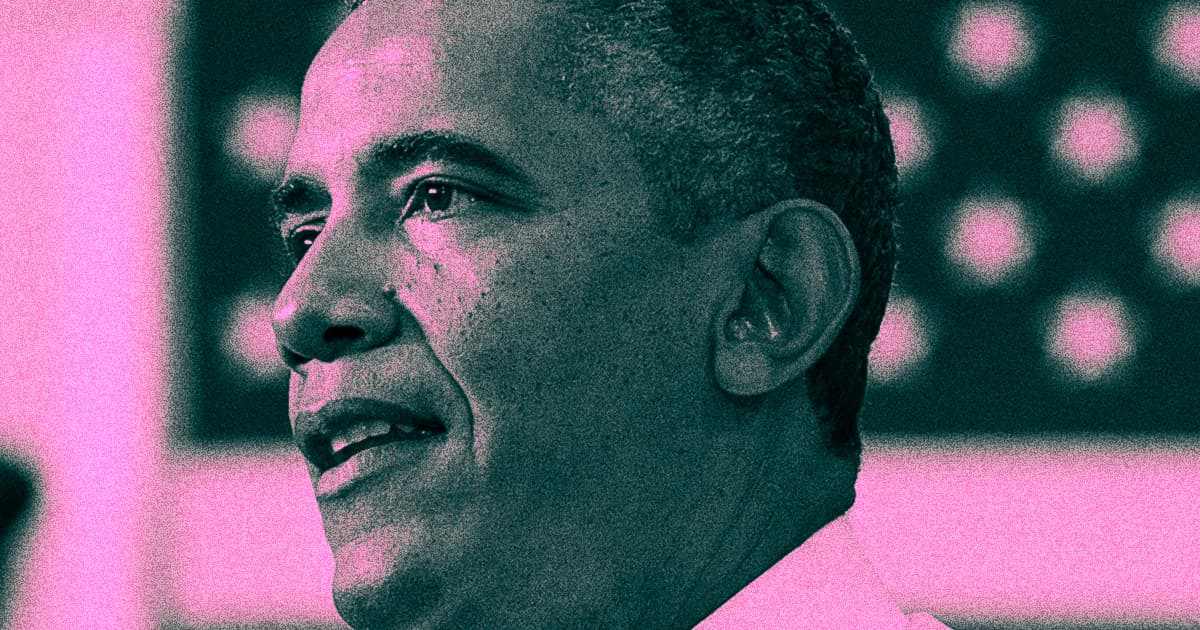 Barack Obama: Humans Could Be Extinct in a Hundred Years

But if they do, those generations will probably judge us pretty harshly.

But if they do, those generations will probably judge us pretty harshly.

If we don't start to take urgent action to prevent the worst impacts of climate change today, then we may experience the end of our species within a century, former President Barack Obama said in a new interview.

Obama made the argument in a wide-ranging chat, on The New York Times' podcast The Ezra Klein Show, that also broached partisan politics, racial justice, the impacts of his presidency, and even UFOs. Specifically, Klein asked Obama what he thought we, as a society, would be judged the most harshly for in the year 2121, making the topic of climate inaction a pretty reasonable topic to bring up.

"Well, if we don't get a handle on climate change, then if there's anybody around to judge us, they'll judge us pretty harshly on it, because the data is here," Obama replied. "We know it. And we have the tools to make real progress with it."

Obama was likely exaggerating for effect — even the most alarming predictions for the future of humanity suggest that climate-related extinction wouldn't happen that close to the present, though some predict societal breakdown even sooner.

But Obama's not exaggerating by much. The dangers of climate change are already claiming a horrifying number of human lives, according to a study published Monday in the journal Nature Climate Change that linked about 37 percent of heat-related deaths in certain cities between 1991 and 2018 to human-caused temperature increases.

The United Nations recently concluded that human-caused climate change puts a million species at risk of imminent extinction, and ecosystems are already being reshaped as various organisms either die off or flee — putting humanity itself in a very precarious position for the future.

READ MORE: Obama Explains How America Went From 'Yes We Can' to 'MAGA' [The New York Times]