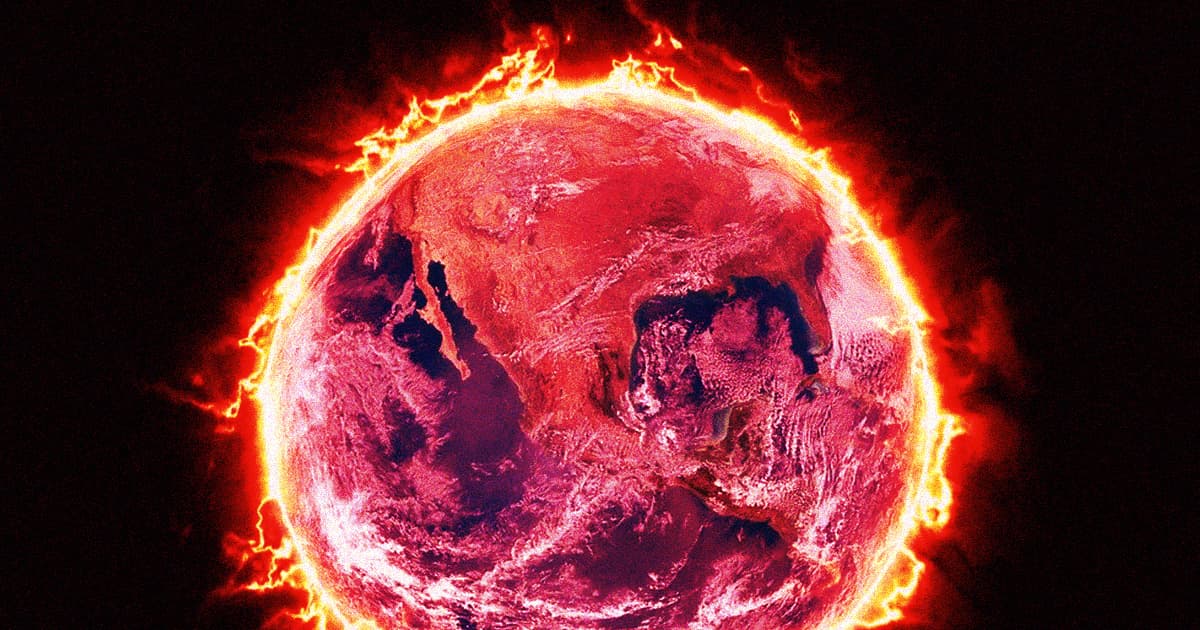 "The problem is compounded by ignorance and short-term self-interest…"

"The problem is compounded by ignorance and short-term self-interest…"

The planet, as you may have heard, is in pretty bad shape.

But the immense scale of the threats posed by global climate change and human-induced biodiversity loss could be even more grave than people understand, according to a perspective article published earlier this year in the journal Frontiers in Conservation Science that warns of a "ghastly future" of mass extinction and perhaps even the end of humanity.

"Humanity is causing a rapid loss of biodiversity and, with it, Earth's ability to support complex life," lead author and Flinders University ecologist Corey Bradshaw said in a press release. "But the mainstream is having difficulty grasping the magnitude of this loss, despite the steady erosion of the fabric of human civilization."

Part of the challenge is that the world's political and economic systems are designed to focus on short-term challenges and gains, the study authors argue, causing the long-term problems of climate change, biodiversity loss, and ecological destruction to go unaddressed.

"In fact, the scale of the threats to the biosphere and all its lifeforms is so great that it is difficult to grasp for even well-informed experts," Bradshaw said in the release. "The problem is compounded by ignorance and short-term self-interest, with the pursuit of wealth and political interests stymying the action that is crucial for survival."

"Most economies operate on the basis that counteraction now is too costly to be politically palatable," study coauthor and Stanford University biologist Paul Ehrlich added. "Combined with disinformation campaigns to protect short-term profits it is doubtful that the scale of changes we need will be made in time."

Study coauthor Dan Blumstein, a University of California, Los Angeles ecologist said that the "frightening" paper is a matter of life and death.

“What we are saying might not be popular, and indeed is frightening," he said. "But we need to be candid, accurate, and honest if humanity is to understand the enormity of the challenges we face in creating a sustainable future."

READ MORE: Experts Say Humanity Faces a Grim and "Ghastly Future" – State of Planet Is Much Worse Than Most People Understand [Flinders University]

Endangered Species
Scientists: Human Extinction Is Extremely Likely
11. 7. 19
Read More
When it Melts, it Floods
Why Sea Levels Along The US East Coast Are Rising at Different Rates
12. 23. 18
Read More
A Crypto-Trading, Floating Island Nation Promises Utopia, If It Happens
5. 18. 18
Read More
+Social+Newsletter
TopicsAbout UsContact Us
Copyright ©, Camden Media Inc All Rights Reserved. See our User Agreement, Privacy Policy and Data Use Policy. The material on this site may not be reproduced, distributed, transmitted, cached or otherwise used, except with prior written permission of Futurism. Articles may contain affiliate links which enable us to share in the revenue of any purchases made.
Fonts by Typekit and Monotype.